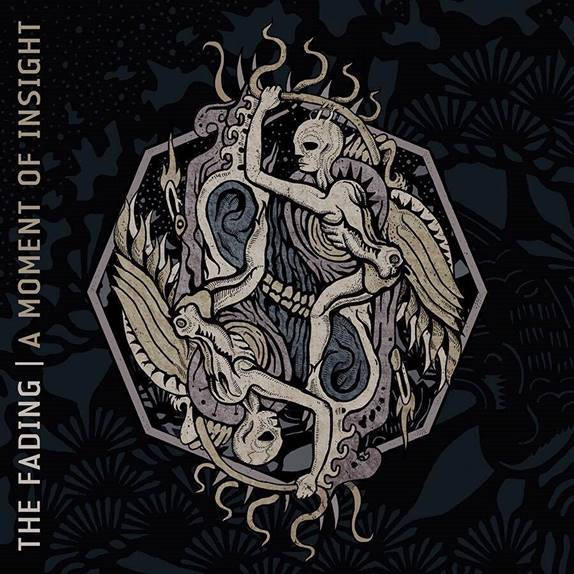 The new single ‘A Moment of Insight’


Formed in 2000, Israel’s The Fading (then known as Excessum) struggled to establish a solid line up but once they had the ‘magic formula’ in place, they wasted little time spreading their name far and wide in the global metal community. Under the guidance of producer Daniel Varfolomeyev (Acropolis) the melodic-death metal act entered the studio in 2005 to record their debut EP; ‘Instruction for Self-Destruction’. Another line-up change followed with Jonathan Bar-Ilan (Dissonant) joining the fold and with him at the production helm they recorded the 2007 follow up ‘Chaos in Flesh’. It also heralded the band’s first connection to the Swedish melodic-death metal scene with Jonas Kjellgren (Scar Symmetry, Carnal Forge) coming on-board to mix and master the release at his own Black Lounge Studio. The band the release of these two Eps, playing shows across Israel with leading Israeli acts such as Betzefer, Whorecore, Eternal Gray, amongst others…

2008 saw the band participate in (and win!) the Israeli Wacken Metal Battle competition which landed them a slot on the WET stage at the annual Wacken Open Air festival, the biggest heavy metal festival in the world. Whilst at the festival, the band also took part (and won!) Wacken Metal Battle competition, winning the band an international record deal with Wacken Records, and new instruments from the Metal Battle sponsors, as well as invitations to play more European festivals in the upcoming year. Significantly, The Fading were only the second Israeli band to appear at Wacken (after scene leaders Orphaned Land in 2006).

Recorded in Sweden, the band’s debut full-length album, entitled ‘In Sin We’ll Find Salvation’ was released at Wacken Open Air festival in Germany, with the band performing an acclaimed set once again. It was produced by Pelle Saether (Wolf, Ebony Tears, Necrodeath, Carnal Forge), mixing and mastering of the album was once again done by Jonas Kjellgren.with artwork provided by the talented British artist Colin Marks (Nevermore, Strapping Young Lad, Aborted). The band followed this release with their first European tour, opening for

The debut album ‘In Sin We’ll Find Salvation’ was released in the band’s home country of Israel in 2010, with the band preforming a special release show in Tel Aviv, featuring special guests Tomer Jones of Whorecore, Sven de Caluwé of Aborted and Oren Balbus of Eternal Gray. Later that year, The Fading supported Ensiferum on their only show in Israel, in the Barby club in Tel Aviv.

In 2011, the band played as a supporting act for Misery Index on their one-off show at the Sublime club in Tel Aviv, on May 5. A week later, the band went on their first headlining tour of Ukraine, dubbed as the ‘Wind of the Other Side’ tour. The tour consisted of 11 dates, co-headlining with Russian symphonic black metal band Little Dead Bertha, taking place between May 12–22, 2011.

At the end of October, as a consequence of their successful performances earlier that year, the band returned to Ukraine to support the Swedish melodic death metal giants In Flames. After the concert with In Flames, they rushed back to Israel to be the supporting act for Children of Bodom on their one-off show at the Barby club in Tel Aviv, Israel, on November 3. Two months later, on January 11 of 2012, it was announced that the band will be supporting another legendary melodic death metal band, Arch Enemy, on two shows in Russia.

2013 saw the band finish recording their second full-length studio album entitled ‘Till Life Do Us Part’. The album was recorded at A.G. Studios, Israel, self-produced by the band itself. The album was mixed and mastered by Jens Bogren (In FlamesSoilwork, Amon Amarth, Opeth, Amorphis, Kreator) at Fascination Street Studios. Artwork for the digi-pack album was done by the talented Israeli animation artist, Tim Razumovsky.

In 2015, The Fading headlined ‘Tbilisi Jam! Fest’ (alongside Vader, Diary Of Dreams, Dead By April) following this with dates with Five Finger Death Punch, in Moscow & St. Petersburg. The band then completed a full scaled Eastern-Europe tour, supporting Bring Me The Horizon throughout Ukraine, Belarus and Russia.

Earlier this year the band once again returned to Russia opening for In Flames and filmed a brand-new video for the song ‘A Moment of Insight’ featuring the captivating vocals of Anneke van Giersbergen (Vuur, Gentle Storm, Aqua de Annique and The Gathering).

The band are currently in the studio working on the follow up to ‘Till Life Do Us Part’, due for release later this year. 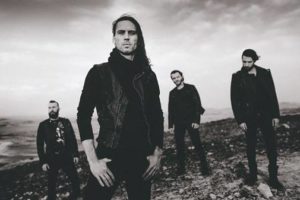