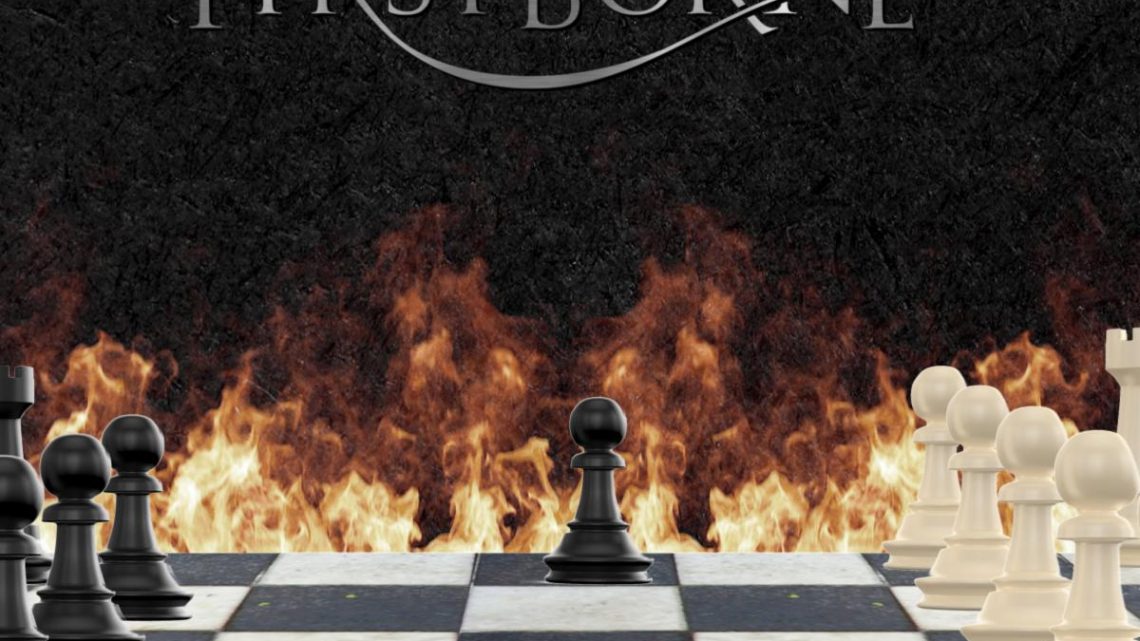 20th October 2020 0 By John Deaux
Firstborne (comprised of Chris Adler, James LoMenzo, Girish Pradhan and Myrone) are a band that needs very little introduction; since their self-titled debut EP dropped earlier this year they have established themselves as one of the more interesting rising acts in metal. Falling stylistically somewhere between Pantera, Skid Row and Nuclear Assault with the occasional super heavy riff thrown in for good measure, the band is carving out a sound for themselves that doesn’t rest on the laurels of their past work.
Their latest single and visualizer “Cut The Strings” is 3:03 of sonic aggression with a strong message of political awareness and advocacy. Thrashy riffs and a pythonic guitar solo from Myrone wrap themselves around an impressive vocal performance from Pradhan, whose ability to effortlessly hit high notes while still sounding pissed off is second to none. Adler and LoMenzo provide the exact level of rhythm section acumen you’d expect from two of the inimitable kings of the genre – breakneck speeds don’t stop either from giving a nuanced performance that pushes the song beyond the boundaries of the genre.

“Every time there’s a force that challenges the most fundamental right of a human being – Freedom – music has always served as the voice of the common person. The special existence of humans in the world has music right in the heart of it.” Girish Pradhan.

Expect more music from Firstborne throughout the remainder of the year.

Remember remember the 5th of November with PARADISE LOST