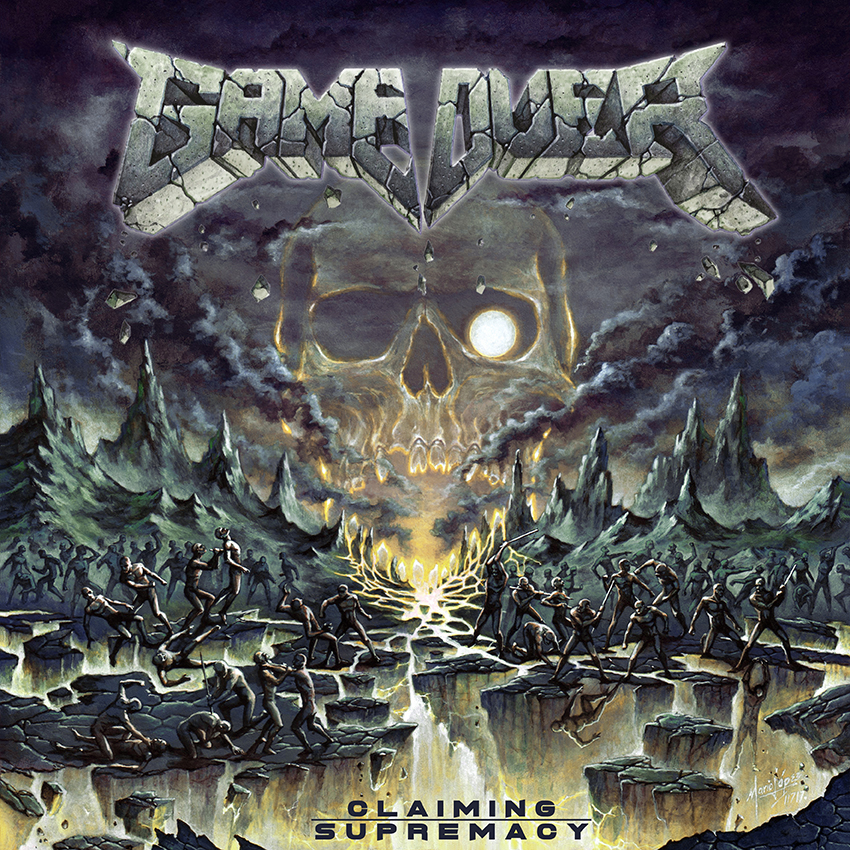 I love thrash metal and that’s why I jumped at the chance to listen to this new offering from Italian thrashers, Game Over.

They’d passed me by up to this point, but I found out they were one of the new wave of thrash bands that surfaced in the 2008 era. Must be good, I thought. After all, that was the same time the likes of Municipal Waste, Gama Bomb and Bonded By Blood came out and they were and still are freaking awesome.

Another bonus in my eyes was the fact that the band were named after a seminal Nuclear Assault album. Or perhaps they were just fans of video games?

Anyway I stuck Claiming Supremacy on and waited to be wowed by a bit of Thrash d’Italia.

The record starts with a slow acoustic guitar bit which slowly builds into a thrashy monster. Well, they weren’t exactly reinventing the wheel with that, but it certain sounded full of promise.

And that’s all it was, promise.

Claiming Supremacy isn’t a terrible album, it’s just that there are literally thousands of albums that are better than it.Tim Jones

The album seems to be a thrash by numbers, as if somebody had thrown all the ingredients of thrash into a bowl in an attempt to bake a thrash cake.

The cake didn’t rise and it didn’t taste good either. Paul Hollywood would be quite miffed.

You could play thrash metal bingo and be shouting “HOUSE!” within about three songs thanks to Game Over. Every cliché in the book is there for all to hear.

Sure, there’s good musicianship on show. The drummer and bass player are tight, there are some decent riffs and solos and the vocals are spot on. It’s mixed and produced well too. It’s just that the songs are, err, well, shit really.

Blessed Are the Heretics? If someone hasn’t already used that song title I’d be very surprised.

It might sound like I’m being harsh because Claiming Supremacy isn’t a terrible album, it’s just that there are literally thousands of albums that are better than it.

They are also-rans of the new wave of thrash. Claiming Supremacy isn’t exactly Reign In Blood. It’s not even Cold Lake.

Sorry, Game Over, but I have difficulty understanding how you could claim supremacy over anything.

Check out Game Over here