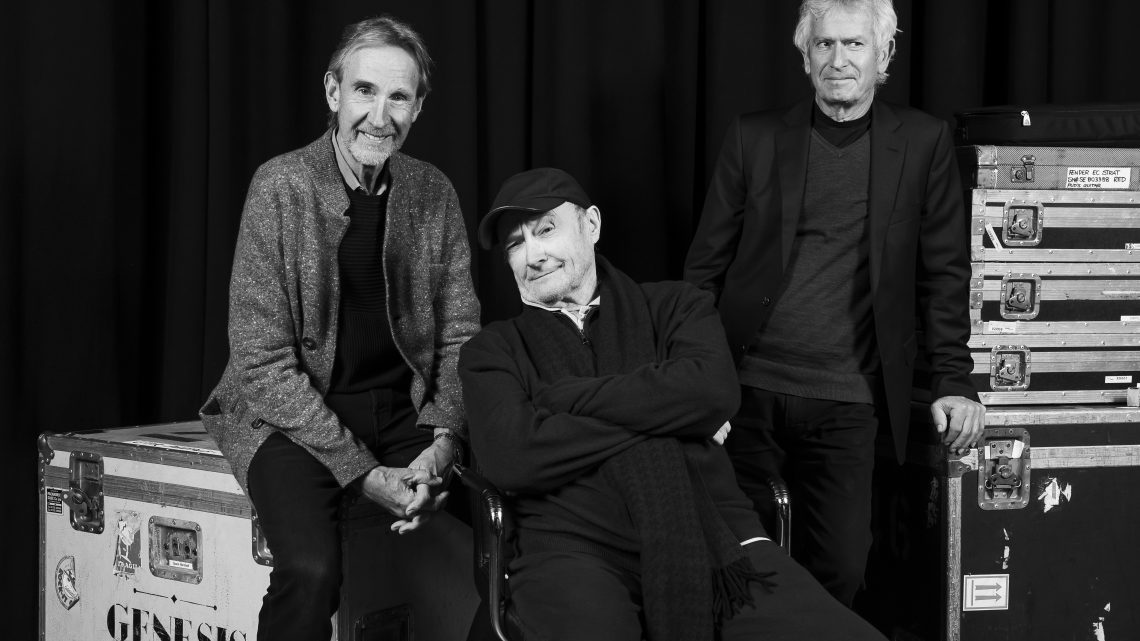 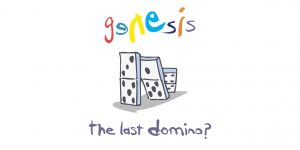 Genesis, who are among the biggest selling recording artists of all time and one of Britain’s most internationally renowned bands, are to release ‘The Last Domino?’ – a collection of the band’s best-loved songs, including their biggest hits and legendary album cuts. Available as a double-CD and a 4LP set, they will be released on 17 September in conjunction with the start of The Last Domino? Tour – their first in 14 years. Pre-order now from https://Genesis.lnk.to/TheLastDomino.

When the classic Genesis line-up of Tony Banks, Phil Collins and Mike Rutherford announced the tour, it became one of the fastest selling of the year with extra dates being added throughout the whole of the UK. It kicks off on 20 September with two nights at the Birmingham Utilita Arena and they play a total of 16 Arena shows through the UK (dates below) followed by an Arena tour through North America – see www.genesis-music.com for more details.

‘The Last Domino?’ is the perfect companion to the tour. Containing 27 songs selected with the band and with a majority being performed on the tour, it is a package that represents their incredible journey as one of rock’s true pioneering bands through to their global dominating hits that has seen them play sold-out stadiums and arenas all over the world for decades. The 4LP set is housed in a hardback gatefold book-style package, which includes rare and unseen images of the band from their archive and images of the rehearsals of The Last Domino? Tour.

‘And Then There Were Three’ (1978) was the first album the band released as a three-piece and spawned the single ‘Follow You Follow Me’ which was their first UK top ten and US top 30 single and proved to be the start of huge commercial global success. The albums ‘Duke’ (1980), ‘Abacab’ (1981), ‘Genesis’ (1983), ‘Invisible Touch’ (1986) and ‘We Can’t Dance’ (1991) followed for the trio, alongside almost constant global stadium tours cementing the band as one of the most successful of all time. They have sold in excess of 100 million records worldwide and had over 20 top 40 UK hits with songs such as ‘Follow You Follow Me’, ‘Turn It On Again’, ‘Mama’, ‘I Can’t Dance’ and many more.

Tony, Phil and Mike reunited again as a band in 2007 after almost 10 years for the Turn It On Again Tour which went on to be one of the biggest grossing tours of the year playing sold-out stadiums around the world.

To pre-order ‘The Last Domino?’ please go to https://Genesis.lnk.to/TheLastDomino

2.Turn It On Again

5.Home By The Sea

6.Second Home By The Sea

11.Jesus He Knows Me

13.The Lamb Lies Down On Broadway

6.Throwing It All Away

10.Dancing With The Moonlight Knight

2.Turn It On Again

5.Home By The Sea

6.Second Home By The Sea

3.Hold On My Heart

4.Jesus He Knows Me

6.The Lamb Lies Down On Broadway

6.Throwing It All Away

4.Dancing With The Moonlight Knight 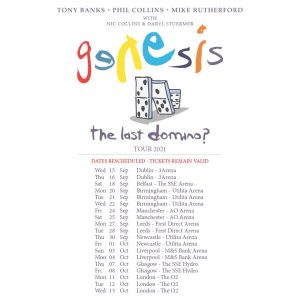