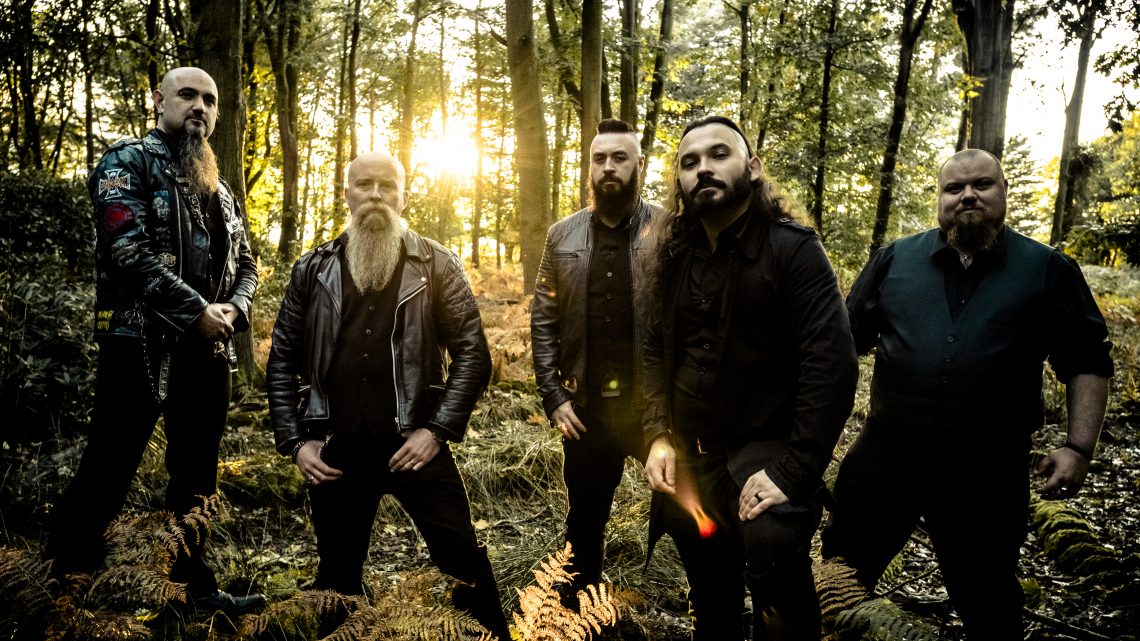 Hailing from Norwich in the UK Consecration released the tortured album Fragilium back in 2019 to critical acclaim. This is Death Doom at its finest hour, Desolate, Bleak, Slow and yet incredibly brutal.  We caught up with lead guitarist Andy for a socially distanced chat during Lockdown 3.0

We’ve been told you have a few animals roaming around the house. Tell us about them 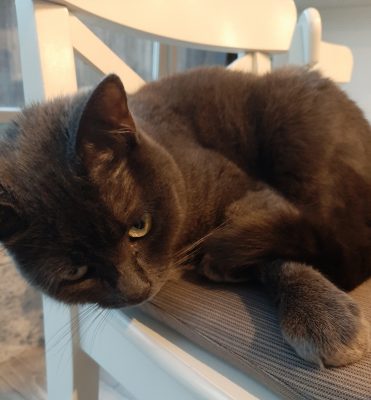 Well we have a few pets, currently 2 dogs a cat and a fish. We did have a hamster but it did what hamsters do and disappeared to some alternate dimension never to be seen again. The dogs are both Havanese. They’re brother and sister. The boy is called Cuba (because of Havana) and the girl is Bonnie (no reason for that one, my wife just liked the name). We’ve had them for a couple of years. They’re great natured dogs and brilliant company.

The cat’s called Mimi, she looks a bit like a Burmese but I think she’s just a regular British Shorthair. She was called Mimi when we first picked her up. We dropped off a lost cat we’d found at the Vets and they asked us if we were looking for a cat. We weren’t really but ended up leaving with Mimi, another kitten that had been dropped off without a home. Perhaps abandoned, I don’t really know. She’s a psychopath and not all that friendly but I love her anyway.

I have no idea what the fish is. I just keep it alive for my nephew.

What quirks do your animals have?

Well the dogs eat cat poop – but I think they all do at some point. Cat poop is just dog Oreos, Mimi also got stuck in a vase when she was little.

Have you taught any of them interesting tricks?

None of the pets are big on tricks. High five from the dogs is about as good as it gets. We’re not All that fussed on teaching them more. They keep us busy enough as it is. 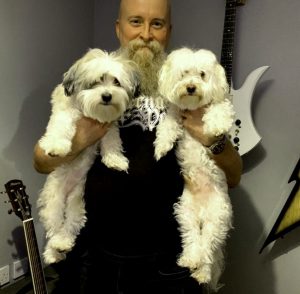 2020 and going into 2021 has been a nightmare with this global pandemic and has upset the applecart for a lot of musicians. How have your animals helped you through?

I’d have been lost without them at times. The dogs in particular are good company especially when the whole household can be pulling their hair out with stress and they give me a reason to get out of the house.

Yes always. When I lived in Brazil as a child in the 80s we had some exotic birds including 2 parrots. I’m not keen on keeping birds in cages though. Happily, I heard a few years ago the the parrots were still alive, lived on a farm and were allowed out of their cages. They’d fly up to a tree during the day and come back down to their cages at night.

Are you one of those people that put your dogs into costumes?

I put an inflatable unicorn horn on one of the dogs once. It didn’t last long, A battle vest is a great idea though!

Obviously the fish likes to lipsync to no matter what is being played in the house. But how do the others react to you practicing at home and have they had any influence on the music?

They don’t influence my music but my playing can make Bonnie bark. They usually follow me up to the music room and curl up and listen. In my mind of course they love metal, but really, they show little reaction to music at all. Cuba gets startled easily so he’d likely be more into elevator music or Jazz.

Who’s the lucky (or unlucky) person  looks after your menagerie whilst you’re away on tour/holiday?

My brother sometimes looks after the cat, but nowadays my in laws often come and stay at our house when we are away and keep them happy and fed.

Yes we do. Thankfully we were able to record the follow up to Fragilium late last year. After the first lockdown in March we wrote the last couple of songs then went into the studio in September to record it. It’s since been mixed and mastered and all the artwork is complete.

I think it feels like a big step up from Fragilium.

I joined the band just before Fragilium was released and we’ve written a lot together since then. I’d like to say the new album has a lot more depth and subtle passages in contrast to the sparse landscape of Fragilium.

My death metal influences and approach to melody perhaps added something a little different to the pot and the result is something we’re all really proud of.

Whilst it’s hard to predict anything positive at the moment we hope it will see the light of day this year, and we’ll do what we can to get it out there.

If you’ve read this far thanks for reading! And be on the lookout for the new album when it lands. It’s epic. Hope to repay our followers with some live shows as soon as that becomes possible again. Most importantly keep well.

Thanks for your time Andy, it’s been a real pleasure.
Thank you. Horns up!

All About The Rock Kasts Band Of The Week – Kreek