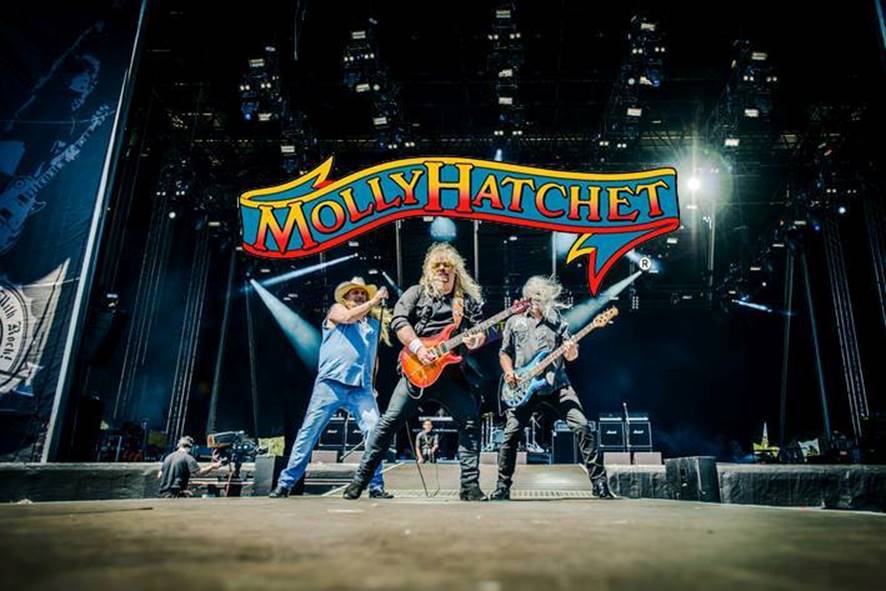 With just 3 months to go until this year’s sold-out 10th anniversary Hard Rock Hell, we are delighted to be joined by Florida’s finest: multi-platinum-selling rockers Molly Hatchet, who have a specially selected set for this year’s landmark event.

Formed in 1971, Molly Hatchet is an American Southern rock/hard rock band formed in Jacksonville, Florida. The band is best-known for their iconic hit “Flirtin’ with Disaster” Molly Hatchet have been major players in the Southern Rock & Hard Rock genres and are known for their energy on stage and their reputation of working hard, playing tough and living fast through intense touring with such bands as Aerosmith, Bob Seger, The Rolling Stones and many more.

Leader of Down was created by the legendary late Motörhead guitarist Würzel, and rightly has its place at HRH, as does another Aussie Outfit, Cherry Grind, who make up a fistful of bands coming over from Australia this November.

HRH X will be a celebration of ten very special years which have made HRH Europe’s undisputed leader in residential festivals. Expect a Rock n Roll Marathon like no other on the planet! 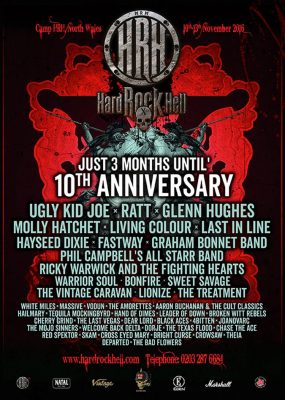 We have however purposely held back 25 pairs of day passes for each day, which will be released today when this announcement goes live.

Latest line up stands as: