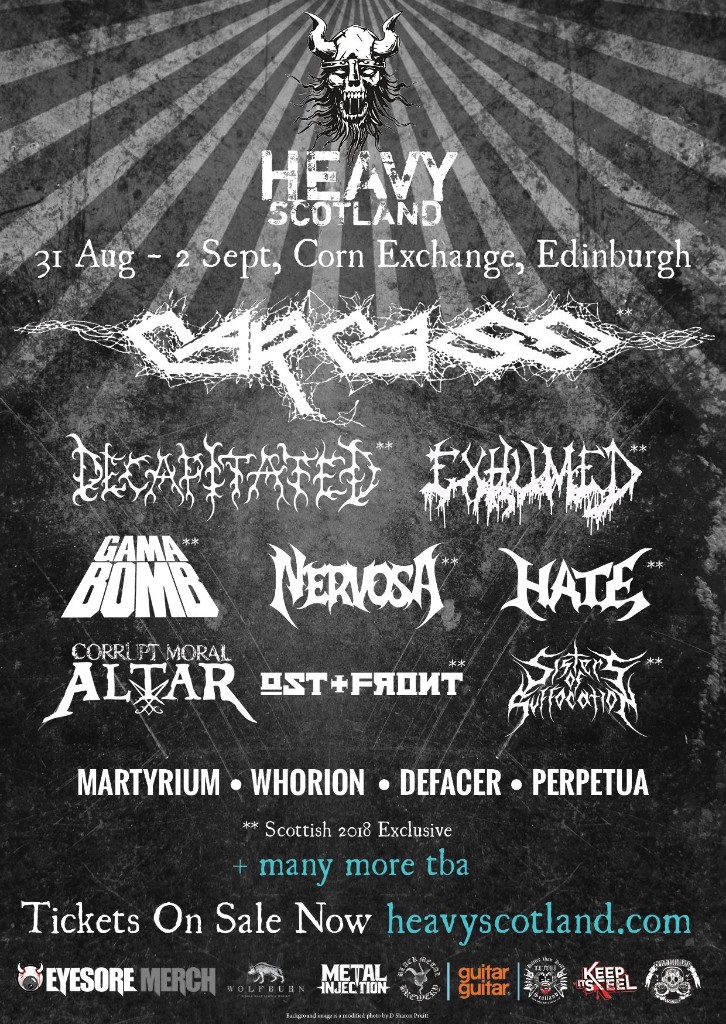 HEAVY SCOTLAND is returning with a bang in 2018 to Edinburgh’s Corn Exchange. Running from Friday 31 August to Sunday 02 September, the festival has announced four new bands: DECAPITATED, EXHUMED, CORRUPT MORAL ALTAR, and DEFACER (this year’s Battle of the Bands winner).