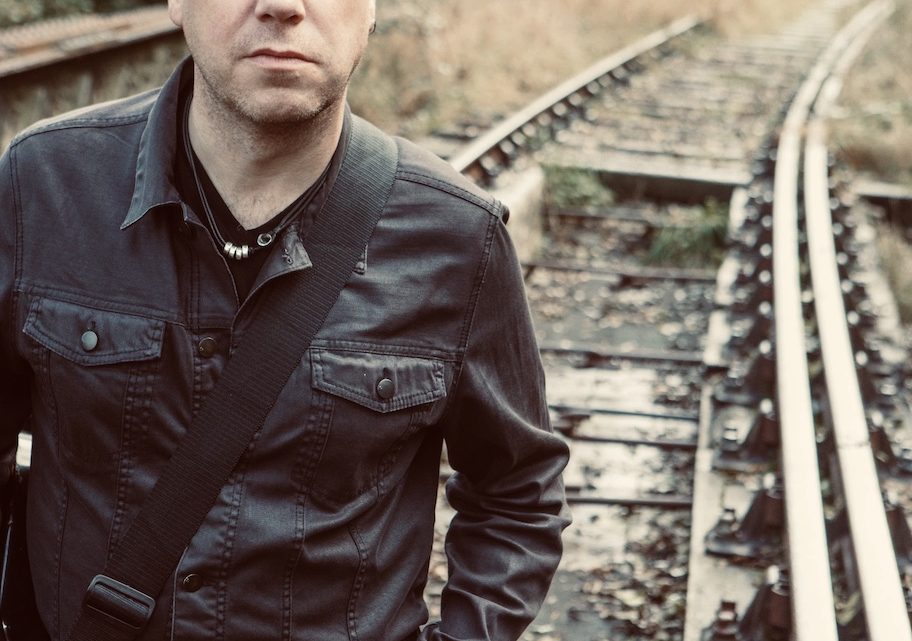 im Kirkpatrick releases his latest single on 29th October: ‘Dead Man Walking’: a track which brilliantly brings together and showcases his talents as songwriter, vocalist and particularly two of his facets as a virtuoso guitarist.

Described by Blues Matters, as “England’s equivalent to Joe Bonnamassa”, Jim has over 25 years’ experience in the business and earned much respect in Blues and Rock, both as a songwriter (having written numerous nationally playlisted songs in the UK) and as a deft-fingered, multi-skilled, high-octane guitarist who possesses both Bonnamassa-type energy and Duane Allman-like slide guitar and fingerstyle acoustic virtuosity as well.

Jim is best-known as the lead guitarist of the legendary British melodic rock band FM, with whom he’s served since 2008. However, he’s also worked and toured with many other major names, worldwide, several of whom have collaborated with him on his solo material.

He made a real impact and earned much well-deserved acclaim a songwriter, guitarist, vocalist with his critically acclaimed, 12-track debut solo album ‘Ballad of a Prodigal Son’, praised by Life Music Media as ‘The most important British blues rock album of recent years.’ Now, Jim is following up that success with his forthcoming album of new material, from which ‘Dead Man Walking’ comes.

Opening with atmospheric slide guitar, ‘Dead Man Walking’ immediately draws you in with its deftly played mesmeric riff, which feels like a Western desert shimmering in the heat. That’s continued in Jim’s first-verse vocals, then the song ramps up the orchestration, Jim’s vocals become more impassioned and rockier guitar enters the fray, building up the song’s power and impact.

Stateside, the phrase ‘dead man walking’ is used to refer to a prisoner who’s imminently to be executed and is walking to that execution.

“I got the idea for the title while watching ‘The Green Mile’,” says Jim, “There’s a scene where guards shout ‘Dead man walking!’ and I thought it was a great idea for a song.

“The song is about the feelings of a man on Death Row, waiting to be executed later that day. He knows that he’s done wrong and that he’s about to pay the price.”

The initial musical spark and seed for the song came from one of Jim’s friends, fellow master guitarist Bernie Marsden

“I happened to visit Bernie Marsden last summer to do a bit of writing,” Jim reflects, “He played a Celtic, Rory Gallagher-esque riff that sounded amazing. I asked him if I could use it and he kindly said yes.

“That riff forms the intro and verse of the song. I wrote the rest of the song myself using that riff as the springboard.”

The song has a classic rock and American vibe to it. “I tried to go for the ‘Blaze of Glory’/‘Wanted: Dead or Alive’/‘Copperhead Road’ feel,” says Jim, and there are echoes of those musical stylings.

As a sample of Jim Kirkpatrick’s talents, ‘Dead Man Walking’ brings a lot to the party and will leave you both satisfied and wanting more from this talented man of music. Available now on all digital platforms https://open.spotify.com/track/5PN8wY9bb2g2hJ2eFKLLso?si=0c804984b4fb431a