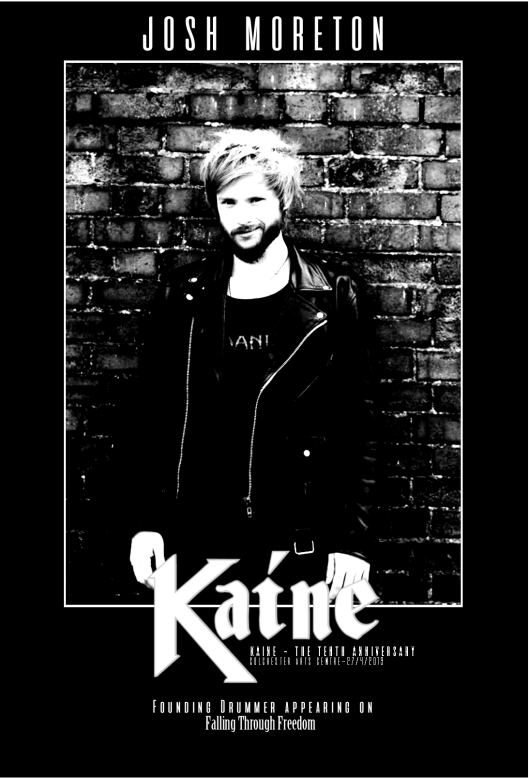 Kaine founding member and drummer Josh Moreton will be rejoining the band for the 10 Year Show to play songs from the band’s debut Falling Through Freedom. Josh’s last appearance in Kaine was in 2017 when he joined and one off line up of Rage Sadler and Stephen Ellis from the A Crisis of Faith line-up, and Anthony Murch who played guitar on both Falling Through Freedom and The Waystone.

Josh had a large hand in writing the first Kaine album and has since played drums in Dismanibus, Forged in Black, Rezinwolf and A Bribe for the Ferryman. Dismanibus will begin recording their second album tomorrow, which will mark his recording debut with that band. He also features as a guest on Kaine’s forthcoming live album A Crisis of Faith Live.

A Bribe for the Ferryman are one of the most popular local bands and recently shared the stage with Kaine and Osmium Guillotine for the launch of Osmium Guillotine’s new album. After the success of that night, and given how well received all three bands were, it made sense to ask them to join the night also.

If you have not ordered your tickets – you can do so here.

Now is the time to book your HRH Road Trip flights! ✈