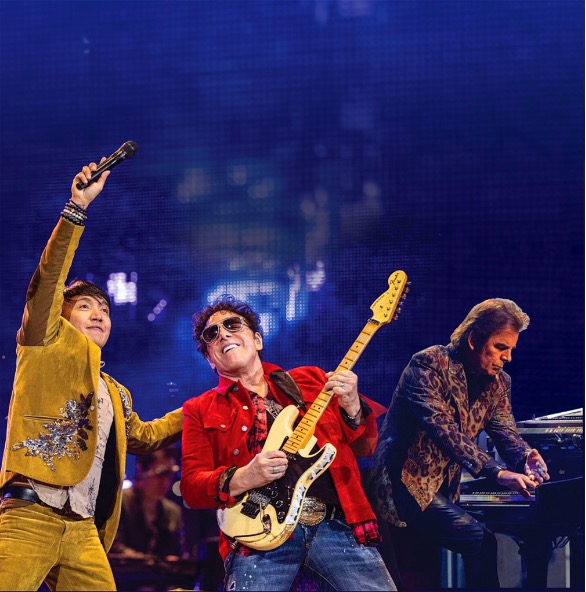 As one of the world’s most beloved rock bands, Journey continues to create new music and thrill audiences night after night in sold out arenas worldwide in conjunction with AEG as their promoter.

Inducted into the Rock and Roll Hall of Fame in 2018, Journey have 25 gold and platinum albums, including the fifteen-million selling Greatest Hits collection, with total sales adding up to 80 million records around the world.

Emerging from the pandemic with a supercharged new studio line-up, today, the members of Journey unleash the first single “You Got The Best Of Me” off their forthcoming studio album, Freedom – due out July 8 via Frontiers Music Srl – available for pre-order HERE.

“You Got The Best Of Me” will be followed this summer by an epic, fifteen-track set of new original songs that brings back the grand scale of the group’s greatest moments, along with updated and bold new directions and sounds.

“I wanted kind of a punky rendition of ‘Any Way You Want It’”, says the group’s founding member, guitarist, songwriter, and producer Neal Schon about the single. “I usually don’t go in saying I’m going to look for something like that, but then it just came to me, like “Wheel in the Sky” did years ago. It just kind of flew out of my mouth.”

While the forthcoming album was made with visions of arena and stadium stages, it started from humble beginnings. In 2020, as COVID swept the globe, Schon was stuck at home like the rest of us. “During the pandemic, there wasn’t much to do,” he says. “I spent a lot of time in my little studio at home, learning how to play keyboards and looping. Some of those ideas ended up being songs. So it kind of came out of nowhere.”

As the band’s legend continues to grow larger and their touring gets bigger, Freedom will be the first album of new material to be released in eleven years, since 2011’s Eclipse, and in addition to longtime keyboard player and primary lyricist Jonathan Cain and vocalist Arnel Pineda, one more member was recruited for the upcoming album — bassist extraordinaire Randy Jackson, who had played on Journey’s 1986 album Raised on Radio. 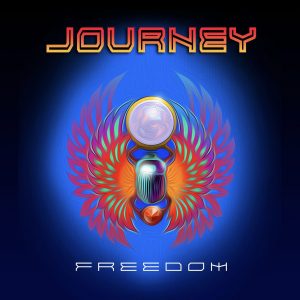 Don’t Give Up On Us

You Got The Best Of Me

The Way We Used To Be

Come Away With Me

All Day and All Night

Beautiful As You Are

*Freedom will be released by Frontiers Records in Europe, United Kingdom and Japan. BMG will release the album for the rest of the world. 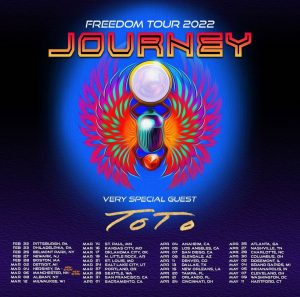 Tickets for the special engagement are on sale now. For more info click here.