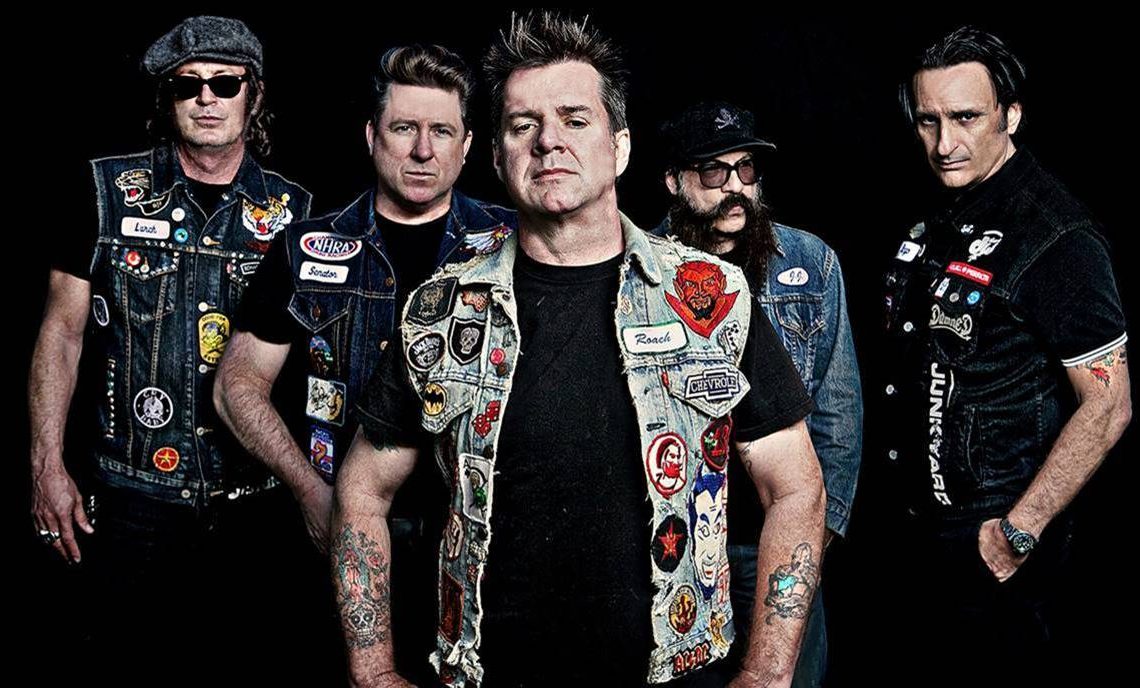 JUNKYARD are delighted to announce that they’ll be touring the UK once more, bringing their latest material to the Old Country: a 10-show tour that kicks off in Newcastle on 2nd November 2018.

At 4 gigs, JUNKYARD will be supporting Blackberry Smoke (a great band with whom JUNKYARD have close ties, Blackberry Smoke’s own Charlie Starr having written ‘Till the Wheels Fall Off’ for JUNKYARD.”)

The band will also play the Croydon Rocks Festival on Saturday 3rd November, and headline 5 of their own gigs, with support from The Jokers.

JUNKYARD are currently taking their album ‘High Water’ out on the road. ‘Hell of High Water’ is an eclectic 11-track album that pulls together a raucous smorgasbord of punk, country rock, hard rock and blues-based songs, full of the band’s trademark big guitar and drums sound, fronted by David Roach’s impassioned vocals. The album and accompanying tour marks a jubilant and reinvigorated return for the band, with their first official album for 26 years!

JUNKYARD hit MTV and radio hard back in 1989 with their self-titled Geffen Records debut and the singles “Hollywood” and “Simple Man”.  During their career, they’ve released 9 albums and various singles. A few years ago (as singer and founding member David Roach explained) JUNKYARD found themselves having a blast playing ‘reunion’ shows. This quickly turned into mini-tours through Spain and packed gigs across America. New songs began to ferment and JUNKYARD began writing once more, resulting in ‘High Water’.

Of the album, David Roach admits “I had no grand illusions of a magnum opus, or that we’d try and recreate what we were 25 years ago. This album is not a departure; it’s a rock ‘n’ roll record from JUNKYARD with songs about life, love, regret, addiction and memories.”

‘High Water’ brought new life in the form of a solid, cohesive and hard-rocking bundle of the band’s vision, style and direction. The band have toured the new material and are delighted to return to the UK, bringing the songs in vibrant live performance to these shores.

“It’s been just over a year since we last played the UK and we are thrilled to be back,” say the band, “It’s going to be great to see so many familiar faces and hopefully a lot of new ones. Plus the added bonus of getting to support Blackberry Smoke on a batch of gigs makes this part of the ‘High Water’ tour something special.” 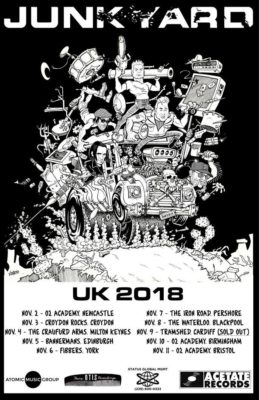