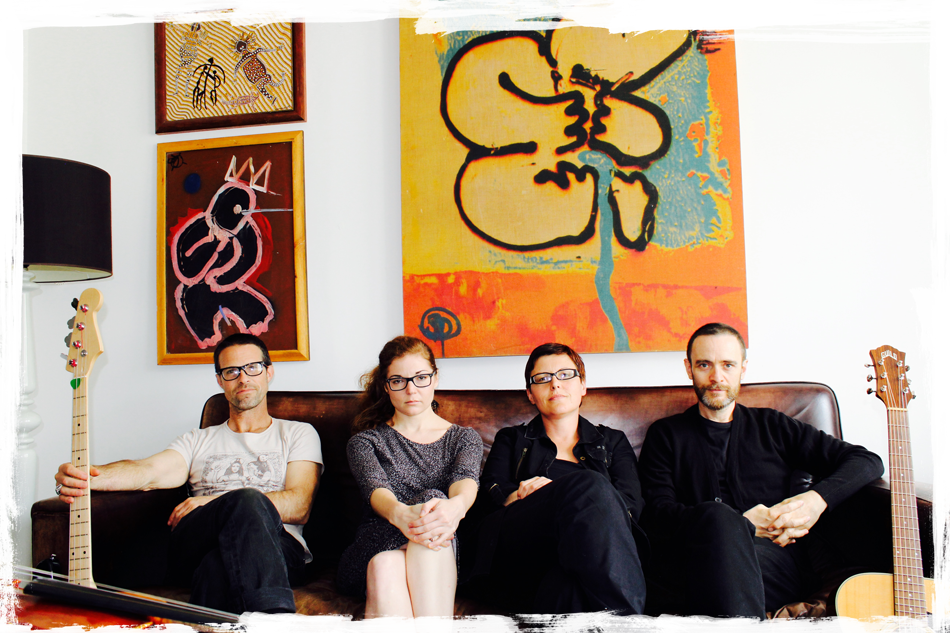 Londoners The Penny  Black Remedy have some of the darkest yet humorous lyrics combine with a unique blending of genres and seriously catchy melodies known to the human ear.  We caught up with Keith during Covid Lockdown 3.0 for a quick chat.

We have a gorgeous cat called Mimi. She just randomly turned up at the house (seemingly from out of nowhere) one day five years ago, when she was only about two months old. She was an unbelievably cute and really unique looking kitten and she had such a strongly defined and super quirky personality even at that young age (thankfully, she hasn’t really changed, personality-wise, over the course of these last five years)! 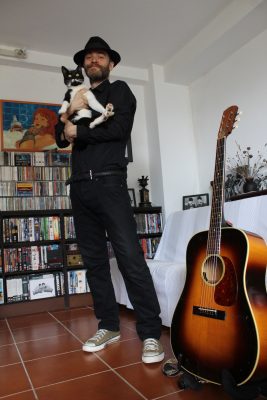 It was really love at first site. She is black and white, and has stunning, if sometimes slightly crazy looking eyes (which weirdly seem to change from orange to green depending on the day) and she has a very distinctive, perfectly formed white moustache. Which looks amazing together with the completely black fur that covers the rest of her face.

She’s ridiculously photogenic. I think I must have taken literally hundreds of photos of her over the years. It’s funny, she’s the only cat I’ve ever encountered who can go from looking absolutely stunning, in a classic feline sense, to looking crazy and quite comical within the blink of an eye. We named her Mimi after the crazy waitress character in the 80’s sitcom, ‘Allo ‘Allo, as she has almost exactly the same look in her eyes when she’s in her full force manic mode.

Does Mimi have any personality quirks?
Well, she often eats while lying down. Which I think is kind of strange. It’s probably because I bring food to her in her bed, so it is entirely likely that she’s learned that she doesn’t need to bother getting up to eat. She also sometimes eats from the spoon, rather than from the plate, when I’m putting wet food down. And if it’s food that needs chopping, she only eats it if it’s cut into cubes of the same size. And sometimes only when I put the cubes down one by one, meaning, she’ll eat one cube and then wait for the next – if I put them all down at once, she won’t eat them.

Again, that’s probably more weirdness on my part. But she’s generally quite spoiled, which pleases us both, I think.

Does she bring you presents?
She is a frighteningly efficient hunter. We live very close to nature, so she brings all manner of poor, unfortunate creatures home all the time. I’ve always been an animal lover and I’ve been a staunch Veggie for 25 years. Which means it can be quite upsetting when she brings us ‘gifts’. But it’s her instinct, and there’s not much we can do about it.

Although, by using various methods of distraction, we have managed to save a few birds, mice, baby water snakes and lizards along the way (which was no easy task). She even brought us a crab into the house once, which was unexpected. I’m afraid to say we couldn’t save the crab.

Q: This past year has been a bit of a disaster, so you’ve no-doubt, like the rest of us, spent a lot of time at home. How has Mimi helped being at home for you. Has she been driving you nuts?
The past 12 months have been pretty horrendous. Having Mimi to play with, cuddle, talk nonsense to and fuss over has definitely kept us sane. Mimi likes it, too. So we all find it rewarding! When she’s in her crazier moods, she also makes us laugh a lot. And you can’t really put a price on that,.especially at a time like this.

Have you always been an animal lover?
I’ve been an animal lover for as long as I can remember. My dad was a real nature lover and he definitely passed that passion on to me. We had a few pets growing up. We had a couple of budgerigars when I was around 8 or 9 years old, who I adored. They were very rarely in a cage. They were allowed to fly around the house freely. One of them was forever sat on my head as I walked around the house, or while I ate dinner. While I was doing anything, really. And I remember I used to let one of them lick the salt from my tongue. Which is obviously quite a weird thing for a person to do and definitely not something you’d find the older me doing (or encouraging), Haha. We also had a family cat who was unbelievably beautiful. She had very long hair and was super chilled. She had a wonderful, happy and long life, living to the grand cat age of 21. I still miss her a lot.

Are you one of those people that puts your pet into costumes?
I’m afraid to say I’m definitely not an animal dresser-upper. Even if I was, I’d have no chance with Mimi. She is quite manic, and generally doesn’t like being handled for too long. The claws do come out if you exceed your allotted time. If I was into dressing up animals, though, with Mimi’s prominent moustache, I do think she’d look great in a poncho and a sombrero.

How does Mimi react to you playing at home?  Has she had any influence on your music? Does she seem to prefer a particular genre of music more than another?
She kind of tolerates me playing guitars, but only when they’re unplugged. But she’s easily unsettled by any strange noises. Especially loud ones so she tends to go elsewhere when I start to turn things up. Genre-wise, I was trying to get her to sleep one time and put-on Tangerine Dream, which seemed to work. So, I think if she was into anything, it’s chilled electronic stuff. I’ll need to dig out some Orb for her.

Q: Who looks after your pet whilst you’re away on tour/holiday?
Marijana’s mum looks after her when we tour. She’s quite an outdoor cat so she’s no trouble to look after. She spends most days outside, sleeping or hunting and only really comes in to hunker down in the evenings. I don’t think Marijana’s mum feeds her with a spoon while she’s lying down, though. 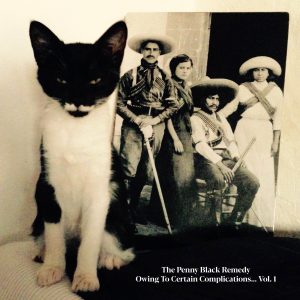 Speaking of practising, any new music in the pipeline? IF so when is it due and what can your audience expect?
We released the first of two compilation albums of previously unreleased material, last year so we’re aiming to release the second one around the end of 2021. Funnily enough, Mimi is on the cover of both albums. I’ll also be releasing some solo material, hopefully late Spring.

Have you anything you’d like to say to your fans/followers?
As we mentioned earlier, this past year has been gruelling for everyone, so I just hope they are all keeping safe, healthy and managing to stay happy despite the ongoing shenanigans. I hope they have pets they can pamper and cuddle, too.

Thank you for your time. It’s been a pleasure as always.

It’s been a lot of fun answering your questions. Normally people ask me to stop talking about Mimi. So thank you for indulging me!!

CategoryAll About The Pets Interviews

Shades of Gray – Are You Ready for Love – Video