King Prawn are back with their first new album in 5 years. The Fabulous New Sounds Of…  is 12 tracks of Ska laden rock that would make the likes of Reel Big Fish and Less Than Jake jealous.

From the opener Numeration Dub, the album has a really nice kick drum thump.

Build Up The Fire  has elements of The Prodigy with the heavy electronic soundscape before it kicks back into a Specials sounding tune.

The Fabulous New Sounds Of..  isn’t breaking new grounds it’s just a really good, fun, summertime album and the track Level Up is a prime example of this.

If you like Ska you’re going to really dig this record. If you’ve just discovered the old Two Tone stuff like The Selector, The Beat or even Madness, you’ll get a kick out of this album.

Yes, it’s taken King Prawn 5 years to make this album but it doesn’t quite hit the mark of their other efforts. I highly recommend going back to their earlier releases (First Offence and Surrender To The Blender are particularly well worth a purchase).

The album does have some great moments such as No Harmony. This track is a bit of a contradiction as the harmony is fabulous and the toasting is tremendous. It’s a shame you have such trash is the jazz sounding Jump In The Fire. Thank fuck it’s 30 seconds long as I was so close to hitting the skip button.

The stand out track for me is Colonel Panic. This track bobs along nicely and is a proper head nodder and dare I say, a foot tapper. Reminiscent of Stunt era Barenaked Ladies but in a good way.

This was an album I was looking forward to hearing as I do like King Prawn, but it just hasn’t lived up to the waiting time. It’s good, just not great. 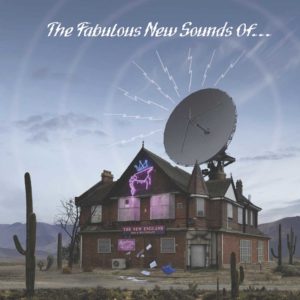 RAT PAK RECORDS SET TO RELEASE BEASTO BLANCO “WE ARE”