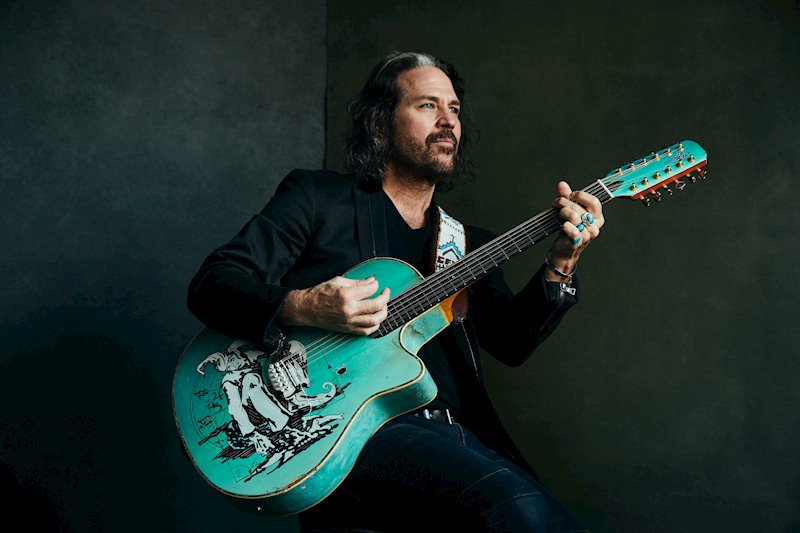 Renowned by fans and press alike as one of the finest songwriters and composers of his generation, Kip Winger’s up close and personal intimate acoustic shows deliver a loud, rocking, sing along through his career that feature hit songs and solo favourites that are peppered with stories from Kip’s extraordinary musical journey to date.

“It’s only when you hear all these songs back to back, and they’re so instantly recognisable, that you appreciate that Kip Winger is one of the best writers of the past three decades. The quality never dips. From his own solo stuff through to the Winger hits. But playing a 12-string guitar here, and with no other accompaniment, you realise Kip Winger is a brilliant musician, someone at home flavouring tunes with composed technique, yet never allows this to become an overbearing focus of attention.” – Classic Rock Magazine 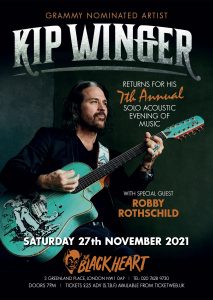 Not to be missed, tickets for Kip’s upcoming London show are available here.

Kip Winger is not only one of the most gifted composers and arrangers in the rock genre, but also in 2016, Kip released the classical Grammy nominated album ‘C.F. Kip Winger: Conversations with Nijinsky’ with the San Francisco Ballet Orchestra.

His career of musical versatility and accomplishments include touring as a bass player with rock legend Alice Cooper, performing and recording with Alan Parsons (as the lead singer for Alan Parsons’ Live Project), Roger Daltry, and Bob Dylan.

His band, Winger, continues to record and tour and their last album ‘Better Days Comin’’ entered at #85 on the Billboard Rock chart.

Kip Winger also made his theatrical composing debut with Get Jack, A Musical Thriller, which is currently in development stage and was presented in concert in New York in October 2019. He is currently composing his Symphony no.1, commissioned by the Nashville Symphony as well as finishing a new Winger record set for a spring 2022 release.