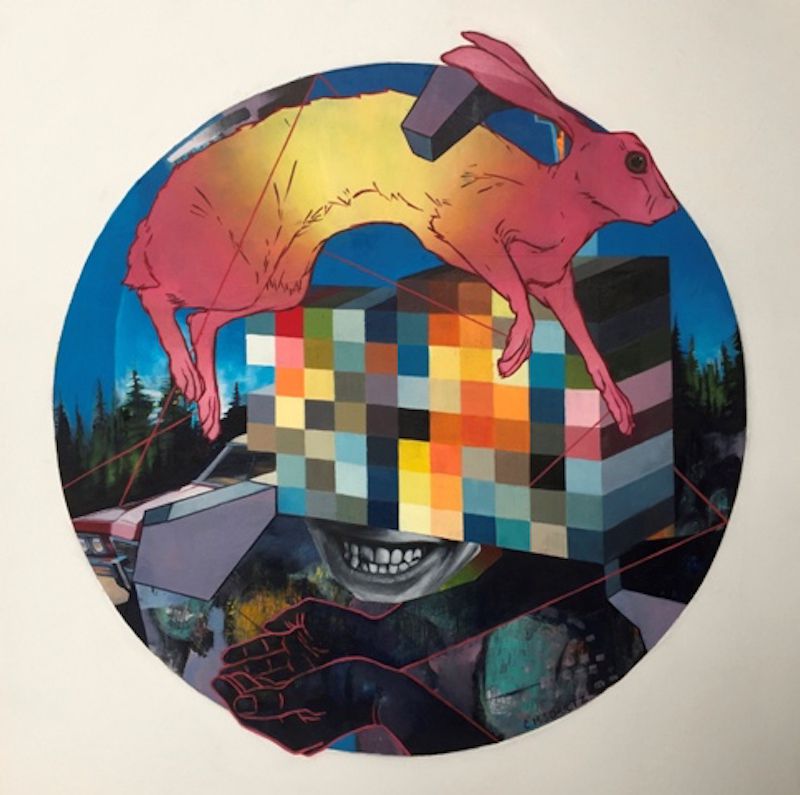 The best band in the world have been dragged through countless contexts over the years. Korn have covered Another Brick In The Wall, See Emily Play has been covered by David Bowie, and now The Sword guitarist Kyle Shutt has gathered his many talented friends to cover the entirety of what is regarded by many as the best album of all time: 1973’s Dark Side Of The Moon.

It gets off to an interesting start, ‘Speak To Me’, Nick Masons only solo contribution to the album, is reimagined as essentially a collage of experimental sound. Some of the features of the original are sort of in there, but there’s no way you’d know if you couldn’t see the album title in front of you. ‘Breathe’ then starts with a gentle acoustic guitar, and almost no doom-based features, essentially becoming quite a nice cover. Alex Marrero’s voice suits the tone perfectly, and the gentle effects and delicate production almost make you forget it’s a doom cover. Until it becomes hauntingly obvious. Around the 3 minute mark, the very good cover is ruined by a babble of drum kit smashing and random instrumental crashing. Maybe that’s the vibe they were going for, but they just did not pull it off.

‘On The Run’ sticks fairly closely to its source material, with a lot of extraneous sounds filling in the texture, which builds up to another cluster of noise to end. ‘Time’ is reimagined successfully, with the roto-tom solo becoming heavier, the chords being presented in a very clever combination of held and chugged, and it’s genuinely really good. The saxophone filling in gaps during the chorus works perfectly and they don’t ruin it with a cacophony of noise at the end. Replacing Clare Torry’s astonishing vocal performance on ‘The Great Gig In The Sky’ is Jason Frey’s saxophone solo. While the spirit of the original doesn’t really ring through, it’s still very satisfying. They also manage to build into an explosion of distorted sound in a quite pleasing way on this track, with a crescendo of feedback slowly engulfing the track.

‘Money’ is essentially a note for note rock cover. It’s not bad, but not spellbinding, and definitely not the most imaginative of work in comparison to the rest of the album. The most important thing to say about ‘Us And Them’, is that the original is the most beautifully produced track in history. Listen to the transition from verse to chorus with good headphones and every single time without fail, you will get goosebumps. Its texture and wall of sound is simply astonishing. While Kyle Shutt manages to give the track an inventive twist, including mixing up some of the harmony, the explosion into the thick texture is pretty disappointing, with just some crunchy chords and an annoying saxophone note filling it out.

‘Any Colour You Like’ is strange filler even on the original album, but here it’s turned into a bizarre jam, as opposed to the psychedelic synth battle of 1973. The croaky, intense delivery of ‘Brain Damage’ is another highlight, with its unique, industrial approach bringing a certain imaginative individuality to the album. The harmony in the incredibly catchy chorus is also done very well, keeping just the right amount of influence from the original. ‘Eclipse’ rounds the album off with a huge sound, albeit not making the most of that final resolution.

For a Pink Floyd cover, it’s good. Matching the incredible sound of the band is a hard task, and this album gets halfway there. There are standout moments, such as the imaginative changes to the harmony in ‘Us And Them’ and the clever changes to ‘Time’, but there are some low moments, such as the destruction of a beautiful cover of ‘Breathe’ with annoying noise at the end. ‘Doom’ is a misleading word to use, as it doesn’t really reach the droning heights of Electric Wizard, preferring to flutter slightly more safely around the edges, and the attempts at giving the album its ‘doom’ title are the worst parts of the experience. However, I love Pink Floyd beyond description, and to hear something that (in general) does them justice makes me very, very happy. 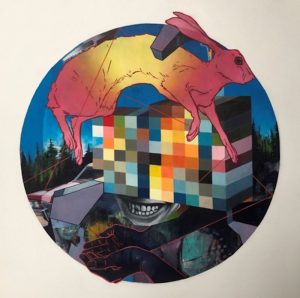