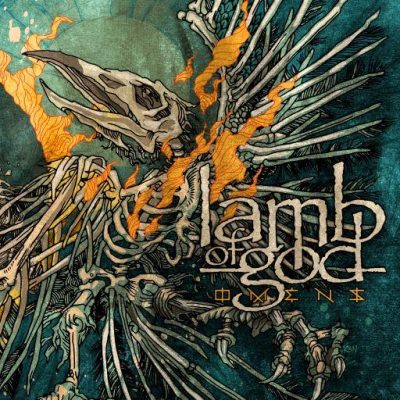 September 9 in Brooklyn, NY, Lamb of God drummer Art Cruz is set to fill the drum seat with the 8G Band July 25 to 28 on Late Night with Seth Meyers on the NBC Network. Art Cruz, exclaims “Mind blown” when presented with the opportunity to join the ranks of the legendary roster of

Fellow drummer, Eric Leiderman, Producer of Late Night with Seth Meyers,  shares “Always love to have a metal drummer sitting in with the 8G Band and even better when it’s from one of my personal favorites – the mighty LOG.”

Lamb of God is currently gearing up for “The Omens Tour” – the massive 26 date trek featuring support from Baroness, Motionless In White, Spiritbox, Animals As Leaders, Suicide Silence

and Fit For An Autopsy. The tour coincides with the band’s upcoming album Omens coming 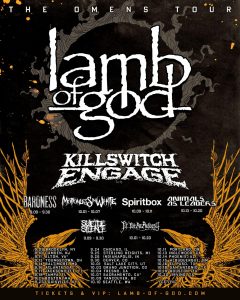 Lamb of God’s The Omens Tour

Lamb of God w/ Killswitch Engage, Motionless In White, Fit For An Autopsy

Oct 07 – Sacramento, CA – Aftershock Festival *No Fit For An Autopsy

Lamb of God w/ Killswitch Engage, Animals As Leaders, Fit For An Autopsy