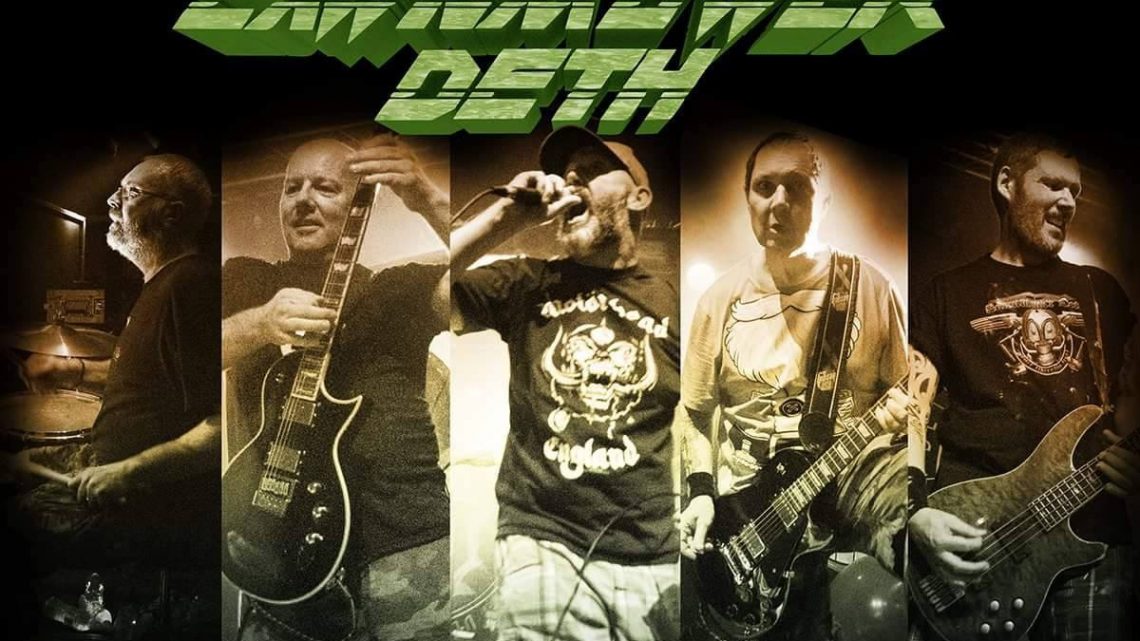 Off the back of their storming Bloodstock 2021 headline appearance (described as “a perfect 90 minutes of utter stupidity” by one reviewer) Lawnmower Deth return to the fold with their first album since 1993’s Billy.

If you haven’t missed their oddball and irreverently bizarre thrash then you might as well get back in the garden shed as new album Blunt Cutters tears through the weeds and reignites the sound the band made famous with classics such as Ooh Crikey, It’s…Lawnmower Deth (1990) and Return of the Fabulous Metal Bozo Clowns (1992).

Formed in Nottingham in 1987, the band split in ’94 after three albums but reunited when asked to support Bullet for My Valentine at Alexandra Palace in 2008. That one off gig became a permanent fixture since, as the band graced Download six times, Bloodstock three, as well as Hammerfest, Damnation and many more. Of course you might know Lawnmower Deth for their enduring cover Kim Wilde’s classic Kids In America (which they performed together at Download 2016), and Christmas single F U Kristmas. Whether Kim appears on Blunt Cutters, you’ll have to wait and see.

If you asked the band what they think of the eighteen new Chris Clancy (Massive Wagons, Those Damn Crows) produced tracks on Blunt Cutters, they’ll probably tell you it sounds “not bad at all.”  What they actually mean is tracks like Into The Pit, I Don’t Want To and Deth Maim Kill are about as thrash as you can get without wanting to sue for whiplash, while songs like Swarfega, Space Herpes and Good Morning Phil are genuinely funny; proof the band have lost none of the sense of humour that usually comes for all of us one day. Listen in terror, and may God have mercy on your souls. Oh, and fetch the compost.

The band play the Garage in London on Saturday 18th December, with more live dates to be announced soon.