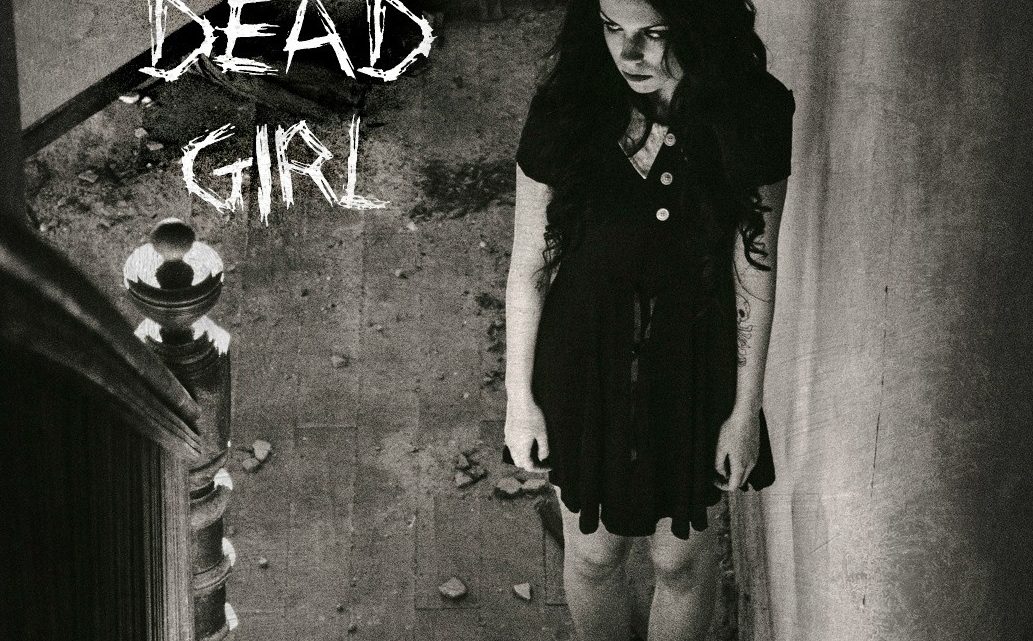 8th December 2020 0 By John Deaux
Fast rising Canadian modern metal act LIVING DEAD GIRL has announced a virtual acoustic Christmas performance this Saturday, December 12.
The set will feature both LIVING DEAD GIRL and Christmas songs in an intimate performance featuring Molly Rennick’s powerhouse vocals along with guitarist/backing vocalist John Ellis.
Tickets and bundles are available for $20-75, with a portion of proceeds benefitting the Lakefield Animal Welfare Society. Tickets can be purchased at www.livingdeadgirl.ca/christmas-special. Discounted and exclusive merchandise bundles will also be offered during the streams in exchange for donations to the animal shelter. 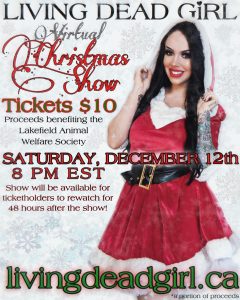 “I’m very excited about our virtual show, as it’s the first one we have ever done and won’t be the last,” Rennick says. “Christmas is the season of giving, and my favorite cause to support is our local animal shelter, the Lakefield Animal Welfare Society. It’s no secret that LIVING DEAD GIRL are animal lovers; my family has rescued five cats and one dog, and we like to help out our local shelters whenever we can. Before the pandemic we’d visited the shelter many times to socialize with the cats, donate food, blankets, money, whatever we could. We played a show back in March for my birthday where we raised $2,200 for the shelter, and the happiness that brought me was such an amazing feeling, I wanted to do it again. I hope with this virtual show we are able to make a difference for the animals and volunteers at the shelter and help make their Christmas season a great one!
The virtual Christmas show will begin at 8 p.m. EST and remain available to ticket holders for 48 hours.
LIVING DEAD GIRL’s latest single, “Alive,” an anthemic track about controlling life, was released in October and has received airplay on Toronto’s mainstream rock station 94.9 The Rock, 89.1 Max FM in Barrie, Orilia and the Muskokas, X92.9 Calgary and X100.7 – Red Deer’s Alternative, and is on CBC Radio Canada’s online playlist.
LIVING DEAD GIRL’s style is a unique combination of Marilyn Manson meets fellow Canadian frontwoman Avril Lavigne, possessing an amalgam of genres including goth, rock, metal, industrial, pop and punk rock. The music perfectly encapsulates Rennick’s personality, which she admits is a dichotomy of “one wears baby pink and Hello Kitty and listens to pop music, and the other a goth girl in fishnet stockings who listens to Marilyn Manson.” The 21-year-old Rennick’s amazing vocal range sees her seamlessly switching from taunting, high-pitched croons, to menacing, harsh barks, to haunting growls with relative ease.
Formed in 2017, LIVING DEAD GIRL has previously released three independent singles and is now set to release a full-length album, Exorcism, also produced Mitchell Marlow. On Exorcism’s 11 banging tracks, Rennick channels her inner “goth girl gone bad” attitude. From the raging, down-tuned riffs of the title track and “Worship Me,” to the infectious, singalong chorus of “Villain,” to the enticing, taunting melodies of “Beautiful” and “Alive,” Rennick commands your full attention.
Exorcism is scheduled for release in 2021.
LIVING DEAD GIRL online:
www.livingdeadgirl.ca
www.facebook.com/LIVINGDEADGIRLBAND
www.instagram.com/livingdeadgirlofficial/
www.youtube.com/channel/UCELYELo6t95V_mXNa4f3dXQ/videos?view_as=subscriber