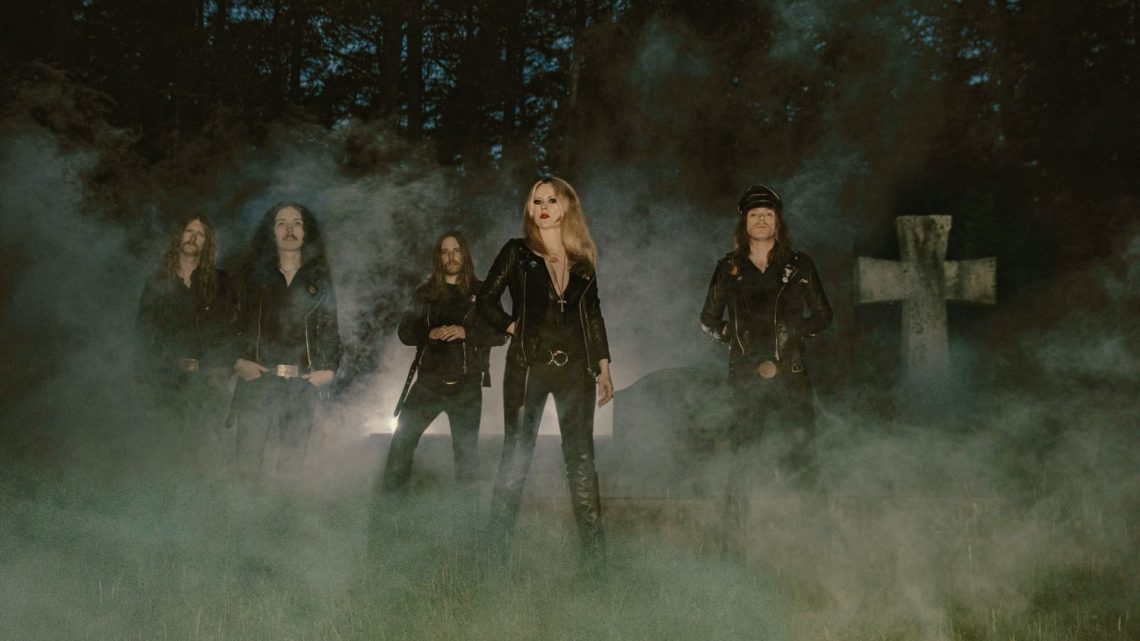 Acclaimed multinational heavy rock group LUCIFER is proud to announce that they have joined the ranks of NUCLEAR BLAST RECORDS. Since its inception in 2014, the highly prolific band led by charismatic singer Johanna Platow Andersson has put out four electrifying albums and several stand-alone singles infused with 1970s hard rock, proto heavy metal, doom and occult rock, with a nod to their main influences such as BLACK SABBATH, PENTAGRAM, BLUE ÖYSTER CULT, (early) HEART & FLEETWOOD MAC. They have played about 200 shows in the US, Canada, Japan and Europe, including the KISS Kruise, Psycho Las Vegas, Hellfest, MetalDays, Sweden Rock and Desertfest and two of their shows have been recorded and broadcasted by well-established German national TV program Rockpalast. LUCIFER have been nominated twice for a Swedish Grammy in the category ‘Best Hardrock/Metal Album’ and they have graced the cover of US metal magazine, Decibel.

LUCIFER are currently working on their fifth album, V, the first one to be released by their new label, Nuclear Blast. Stay tuned for more info!

Johanna Platow Andersson comments:
“We in LUCIFER are very excited to roll up our sleeves and begin the group’s next chapter. Having grown up a metal kid since the early 90s, Nuclear Blast has always been a staple of the music I love. We are thrilled LUCIFER and Nuclear Blast are now joining forces to release our version of Heavy Rock out into the world and hopefully straight into the hearts of those who love sincere and very morbid old fashioned rock and roll!”

Jens Prüter, Head Of A&R Nuclear Blast Europe adds:
“It’s a pleasure to welcome LUCIFER at Nuclear Blast Records. We already met several times and it’s great to see the band growing from an underground doom scene into a bigger force in hard rock – like an unholy wedding of FLEETWOOD MAC and BLACK SABBATH aiming to “lay your soul to waste” and set the “cities on flame with Rock and Roll”. Thanks, LUCIFER!”