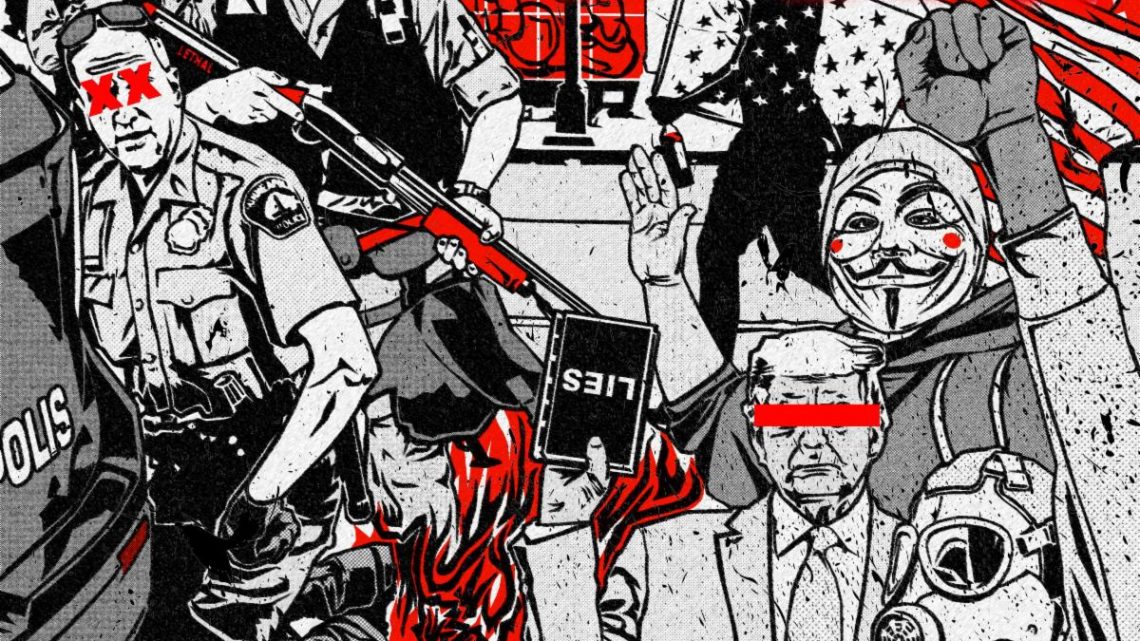 11th August 2020 0 By John Deaux
Bay Area metal icons MACHINE HEAD have today unveiled a seething new lyric video for Bulletproof, the second song featured on their recent twin track release, Civil Unrest.
Bulletproof is a clear, defiant statement from vocalist/guitarist Robb Flynn and band, who don’t mince words in their fury about their country’s disgraceful climate of corruption, injustice, racism and inequality.
Flynn comments on the song, “The lyrics for Bulletproof were finished in the aftermath of not only the Ahmaud Arbery murder at the hands of white supremacists, but everything twisting out of control in our World. The isolation and craziness of the pandemic, the lockdown protesters storming government buildings with AR-15‘s, as well as the blatant lies and conspiracies pouring out of our political leaders’ mouths, hour by hour, day after day.”
The 2-track single also features the song Stop The Bleeding, which features guest vocals from KILLSWITCH ENGAGE frontman, Jesse Leach, and was written and recorded just days after the murders of George Floyd and Ahmaud Arbery.

Both tracks were produced by Robb Flynn (Machine Head, Roadrunner United, Sworn Enemy, Dress The Dead) and engineered by Zack Ohren at Sharkbite Studios in Oakland, CA, with the devastating mix being handled by long-time MACHINE HEAD collaborator and producer extraordinaire, Colin Richardson, together with Chris Clancy at Audioworks Productions UK. The tracks were mastered by Ted Jensen at Sterling Sound.