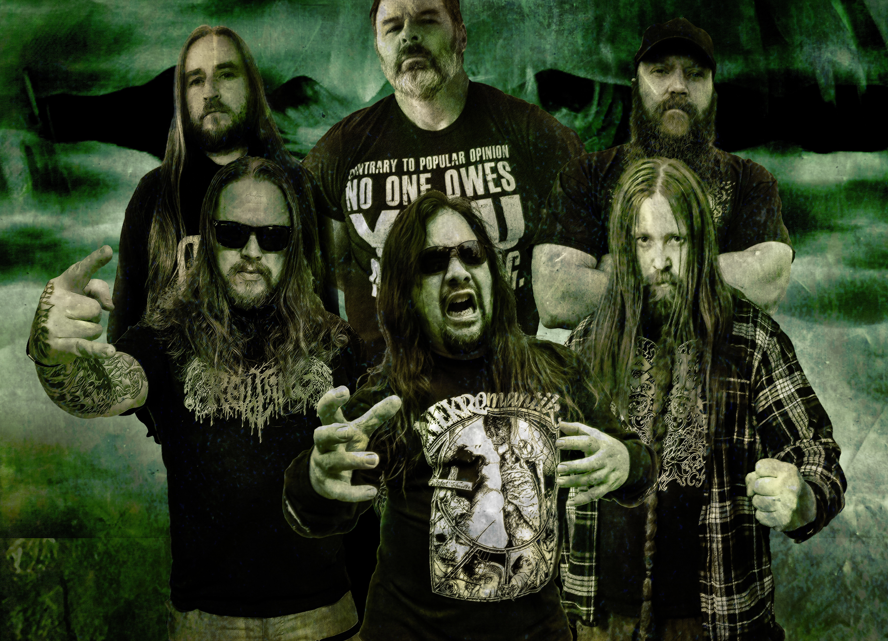 Floridia’s masters of death metal, MASSACRE, will return this fall with their highly anticipated 4th full-length album, “Resurgence,” that’s set for release on October 22nd from Nuclear Blast. Their first record in 7 years is well worth the wait, as one can attest from the cutthroat first new single, “The Innsmouth Strain,” revealed today. Fans can get a taste of what’s to come with the visualizer below and are invited to pre-order the album now!

“It’s all about Lovecraft isn’t it. Honesty though, aesthetically MASSACRE needed two main things to return to be proper. A) The return to the core roots of O.S.D.M. (Old School Death Metal) style death metal that late 80’s, early 90’s sound. Musically the record has to retain that nostalgic retro style. B) To return to the lyrical aesthetics laden with influences heavily drawn from the stories and fictional mythos that is all Lovecraftian.

‘The Innsmouth Strain’ is heavily influenced by the H.P. Lovecraft story “The Shadow Over Innsmouth,” yet has my own twisted take on transmutation body horror aspects thrown in. I sort of lyrically give it a David Cronenberg /Junji Ito type spin on a Lovecraft fiction. So lyrically it is basically it’s about body horror of aquatic transmutation. Any deeper meaning then that is just speculative, but could simply be metaphor for our world’s current situation with the pandemic and other threats of the spreading of viral infection. Musically it’s just proper O.S.D.M. the way it’s meant to be played and properly represented by MASSACRE.” 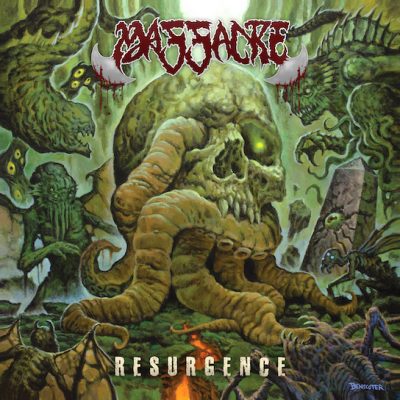 MASSACRE rose from the swamps of Southern Florida in the early 80’s during a heatwave of groundbreaking death metal that produced some of the genre’s most revered forefathers, DEATH, OBITUARY and SIX FEET UNDER. Their legacy was founded with a string of classic demos, “Aggressive Tyrant” (1986), “Chamber of Ages” (1986) and “The Second Coming” (1990), before unleashing their critically praised classic debut album “From Beyond” (1991). Now decades later, the band makes their long-awaited return, invigorated with the same youthful rage that brought them together at inception. For “Resurgence,” long-time members, vocalist Kam Lee (MANTAS, BONE GNAWER, THE GROTESQUERY) and bassist Mike Borders, were joined in the studio by some of death’s most prolific and malignant songwriters, guitarist Rogga Johansson (PAGANIZER, MEGASCAVENGER, RIB SPREADER), guitarist Jonny Pettersson (WOMBBATH, NATTRAVNEN, HENRY KANE), guitarist Scott Fairfax (MEMORIAM, AS THE WORLD DIES) and drummer Brynjar Helgetun (CRYPTICUS, THE GROTESQUERY) with additional guest performances by Marc Grewe (INSIDIOUS DISEASE), Dave Ingram (BENEDICTION), Anders Odden (CADAVER), and Pete Slate (DRUID LORD) The record was recorded with producer and death metal icon Dan Swanö (ex-Edge of Sanity, ex-Bloodbath) and Pettersson as engineer/mixer.