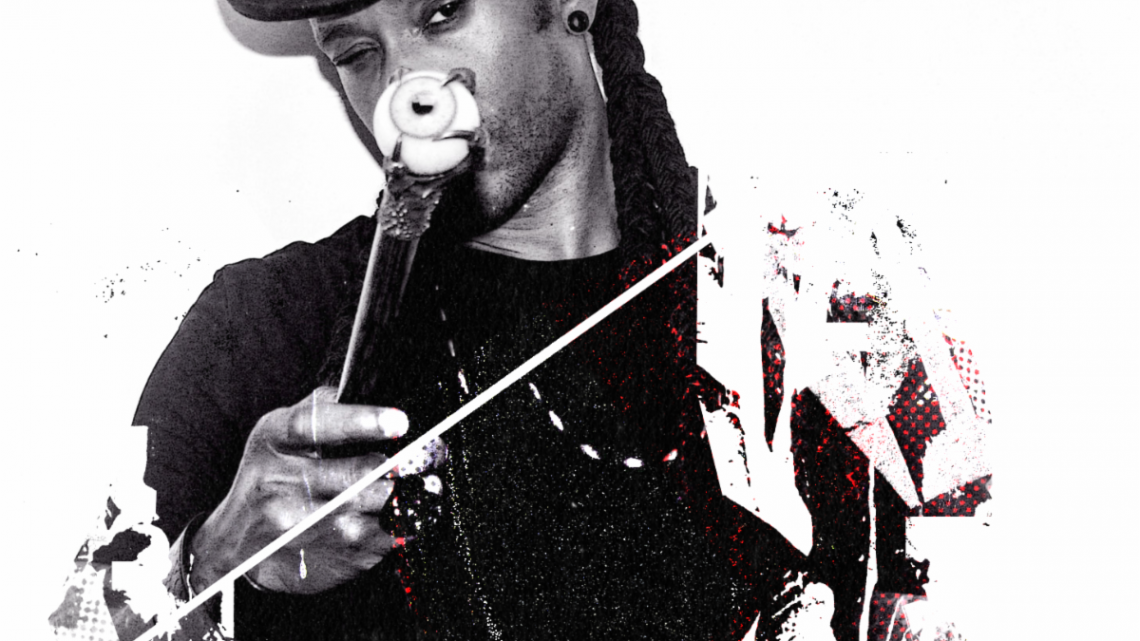 Lepidoptera is an order of insects that includes butterflies. For the “Lepidopterror Collection” from contemporary British artist MAXIM, also known as MM (Double M), beautiful butterflies are mixed with skulls and deadly weapons that will be released as an NFT curated collection via Crypto.com/NFT in collaboration with innovative NFT platform Snowcrash on Wednesday, July 27.

Well known for his outstanding paintings, sculptures and ceramics, Maxim often uses a mixture of sinister and beautiful images. This collection features 888 still images of four categories of butterflies, in varianting quantities. 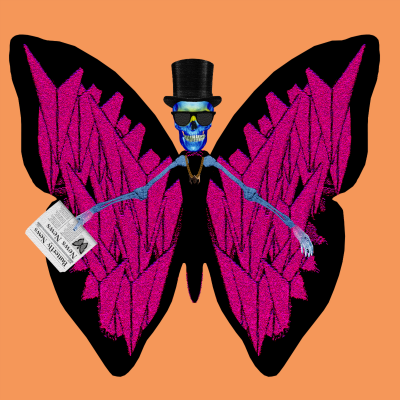 There are 50 Royal Butterflies, 50 Warrior Butterflies, and 50 Worker Butterflies. The remaining 738 butterflies are Citizens. They all belong to the eldest family of butterflies, the Lepidopterrors, and have their role to play in defending the magical Golden Pollen from the Clown Wasps.

Maxim’s musical background in The Prodigy (the pioneering electronic music group that has smashed genre perceptions for more than two decades) has helped feed his wider art practice. It is witnessed in pieces that are always based in a surreal world, inspired by special effects creator Ray Harryhausen and artists H.R. Giger, MC Escher and Hieronymus Bosch.  At the heart of his approach is a love and appreciation of freedom. “The one thing I’ve learned about art is there aren’t really mistakes in art, are there?” he shares.

These butterflies were first conceptualized by Maxim in 2009 after he recalled a childhood memory of an advertisement that showed a young girl running through a cornfield, waving a net as she tried to catch an elegant butterfly. He thought to himself, “What would it be like if I armed that butterfly?” The butterfly is seen as a frail and gentle creature. He wanted to give it the ability and strength to defend itself. 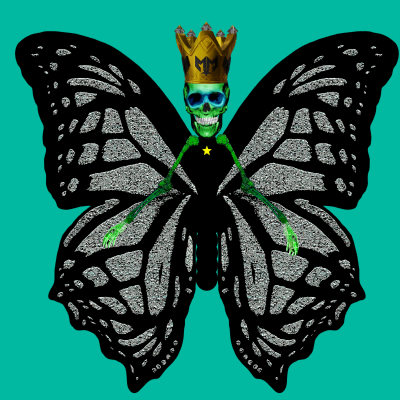 That is how the butterfly rebellion was born. Maxim took this inspiration and produced a collection of artworks entitled “Lepidopterror.” In collaboration with Snowcrash and Crypto.com/NFT, he is taking these pieces into the metaverse and creating NFTs, which he sees as a natural progression for this collection.

A long time ago, a child from one of the eldest butterfly families, the Lepidopterrors, found a source of magical Golden Pollen. The child consumed some of the pollen and, in an instant, all of his worries and ailments vanished into thin air. Realizing the healing powers of the pollen, the child told this to his family, the leaders of the Lepidopterrors, the Royals. They decided that the Golden Pollen had to be protected from their enemies, the Clown Wasps, to ensure that enough of the pollen was always available to heal the sick.

As a result, some of the Lepidopterrors were trained to become Warrior Butterflies, to protect the Royals and their Workers and Citizens from the vicious Clown Wasps. The Warriors are highly respected, but that doesn’t mean the Workers and Citizens have less important roles to play. The Worker Butterflies actually collect the Golden Pollen and bring it to the center of their home where it’s safest.

The Citizens are the largest portion of the Lepidopterror community. They are either too old to work and fight or they are too young to choose a path as a worker or warrior. They help take care of the larvae and caterpillars as they become ready to enter their chrysalises to transform into butterflies. The butterflies all display a side of strength regardless of their circumstance.

Hailing from Cambridgeshire, U.K., Maxim has been a creative artist since 2002 after he was inspired to create artwork to hang in his home. Since 2012, he has displayed his mixed media artworks in various exhibitions around the world. He is self-taught and has been known to use many different random objects in his work: spray paints, bullets, blades, and pills to name a few. His artistic images have also been used on fine bone china crockery embellished with 24ct gold. He uses acrylic and ceramic paints along with anything he can get his hands on that will add to the texture of his work. Often his pieces are finished with resin which he feels gives a certain beauty and preciseness to the images, keeping them locked and untouchable behind the resin. Paintings are a journey into MM’s mind and have a surreal edge that takes you somewhere deep into his imagination. Certain pieces show rebellion and the rise of the underdog and the weak. All of MM’s paintings contain signs of strength and positivity while putting a “spin on things” and seeing them from different angles. Grenades carried on the breeze by a raft of red balloons; skull-faced butterflies brandishing Samurai swords, and gun-toting cats are just a few of the surreal fantasy worlds created by MM.

In May 2021, MM collaborated with mixed-media artist Dan Pearce on the powerful and poignant, pandemic Hope project, which included the launch of 50 limited edition sculptures, an exclusive, four-track MM EP as well as the release of an accompanying short film, featuring MM, his new music and starring Pearce’s son, to tell the story behind the pair’s sculpture. Since 2012 MM has supported various charities and donated artwork to raise money for research into Breast Cancer, BT ArtBox for ChildLine, Shelter, NHS Charities Together, Young Minds, and Chain of Hope (cardiac care for children around the world). MM continues to work relentlessly and is now planning exhibitions that will take place in the last quarter of 2022.

As a founding member of world-renowned explosive dance music band, The Prodigy, Maxim is widely associated with the band’s fierce lyrics and vibrant sense of style in videos, explosive live shows and genre-defying hits like “Smack My Bitch Up” and “Firestarter.” He is also known as a solo artist, producer and DJ. He currently lives and works in Essex, United Kingdom.

“Maxim is an extraordinary musician and fine artist from the fury of the Prodigy to now these incredible weapon-wielding butterflies,” shares Snowcrach co-founder Jesse Dylan. “Crypto.com is an acknowledged leader in the web3 space and we are thrilled to collaborate on this.”

“I am very excited about my upcoming Lepidopterror NFT Drop,” says Maxim. “I previously released NFTs as a collaboration with two other artist friends, but this is my first solo NFT drop and I can’t wait for it to be released. I am thrilled to be working with the Snowcrash Team as we have forged a great partnership.”

Launched on March 2, 2022, Snowcrash is a web3 studio that empowers leading artists, publishers, and brands to build community, value, and ownership with NFTs in the web3 ecosystem. It includes a digital creative studio, marketing services, a curated exchange platform, licensing / IP management, and web3 engineering capabilities. Look for NFTs from cultural icons like Bob Dylan and Miles Davis to be announced later in 2022.

Crypto.com NFT is a carefully curated platform for collecting and trading non-fungible tokens by creators, celebrities and brands from the worlds of art, design, entertainment, sports and fashion — including the Aston Martin Formula One Team, BossLogic, Boy George, Lega Serie A, Lionel Richie, Mr. Brainwash, Snoop Dogg and the Ultimate Fighting Championship (UFC), among many other high-profile artists and clients. Crypto.com NFT was founded on a principle of sustainability, with artworks minted using a proof-of-stake model, and is powered by Crypto.com.