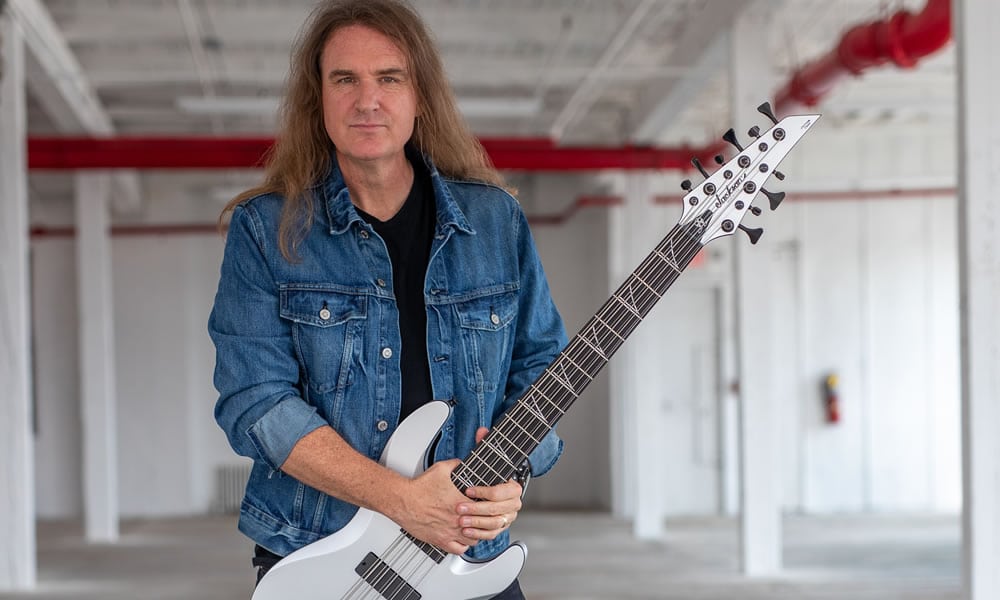 Megadeth’s David Ellefson Accused Of Being A Pedophile

The bassist of the heavy metal band Megadeth, David Ellefson, accused of being a pedophile.

The person who leaked his personal and private conversations and videos had some solid proofs about that.

Recently, an Instagram user @woahworst has been updating his stories to make flash comments about David Ellefson that might surprise rock and Megadeth fans.

According to him, David Ellefson sends nudes and shameful messages to young girls. Those messages and videos accused David Ellefson of being a pedophile and the person who sent claims had serious proofs.

In the social media stories, the following photos have been published: 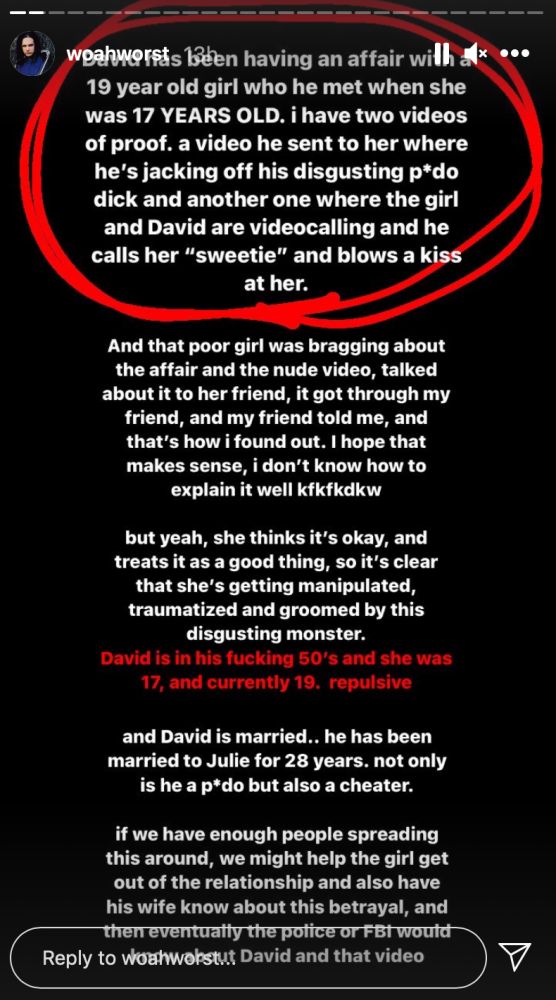 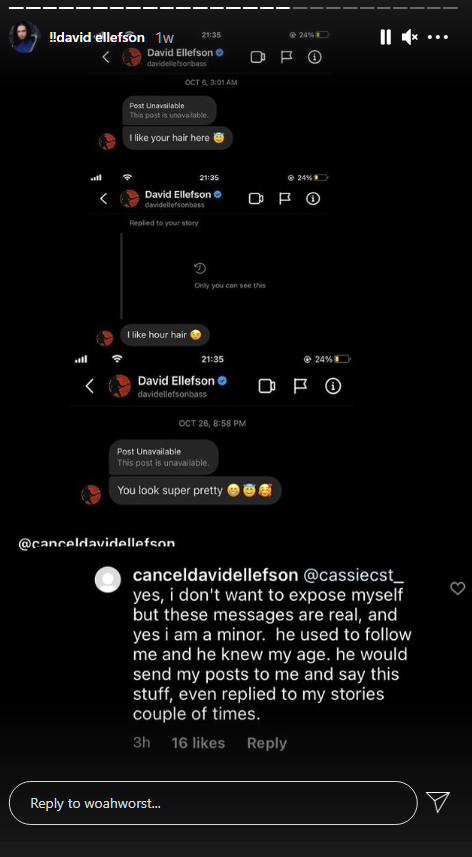 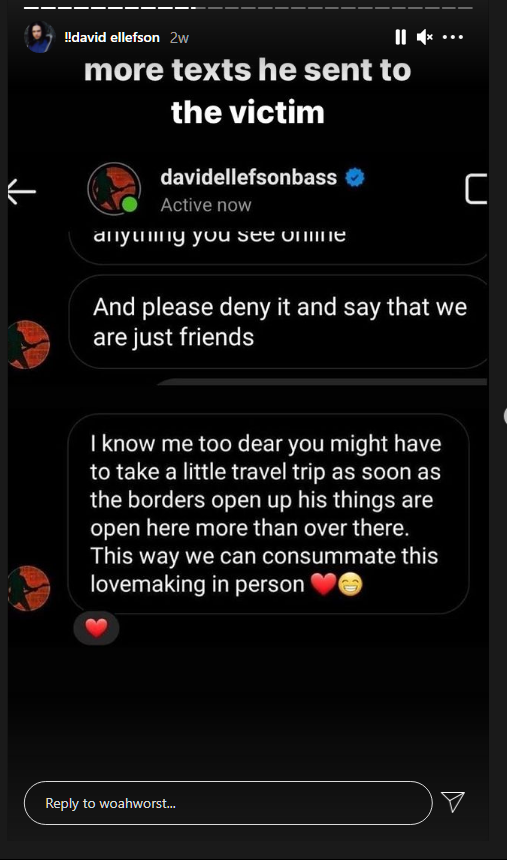 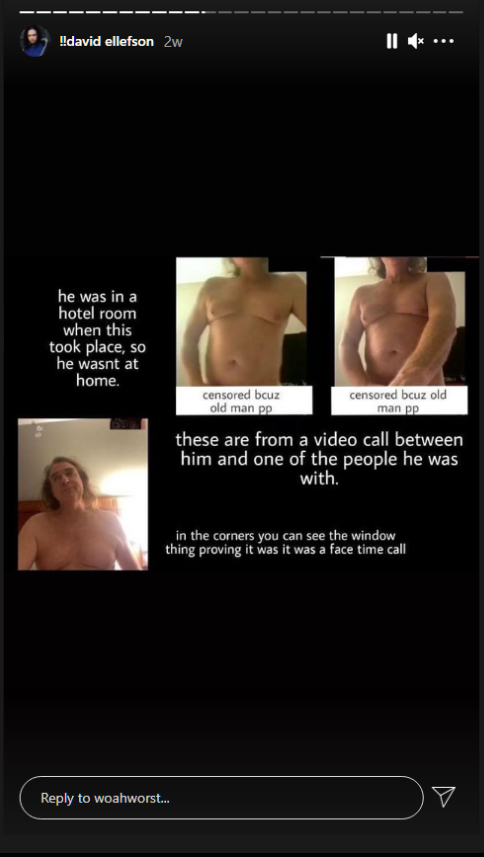 “Dear Fans & Friends,” David said. “As you may or not know, some private and personal conversations and interactions have surfaced online, released with ill intention by a third party who was not authorized to have them or share them. While certainly embarrassing, I want to address it as openly and honestly as possible.

“As much as it’s not something I’m proud of, these were private, adult interactions that were taken out of context and manipulated to inflict maximum damage to my reputation my career and family.

“The other party involved has made a statement which you can see below. I thank her for doing so and hope that this clarifies that the situation was not at all as presented. Humbly Yours. David Ellefson.” 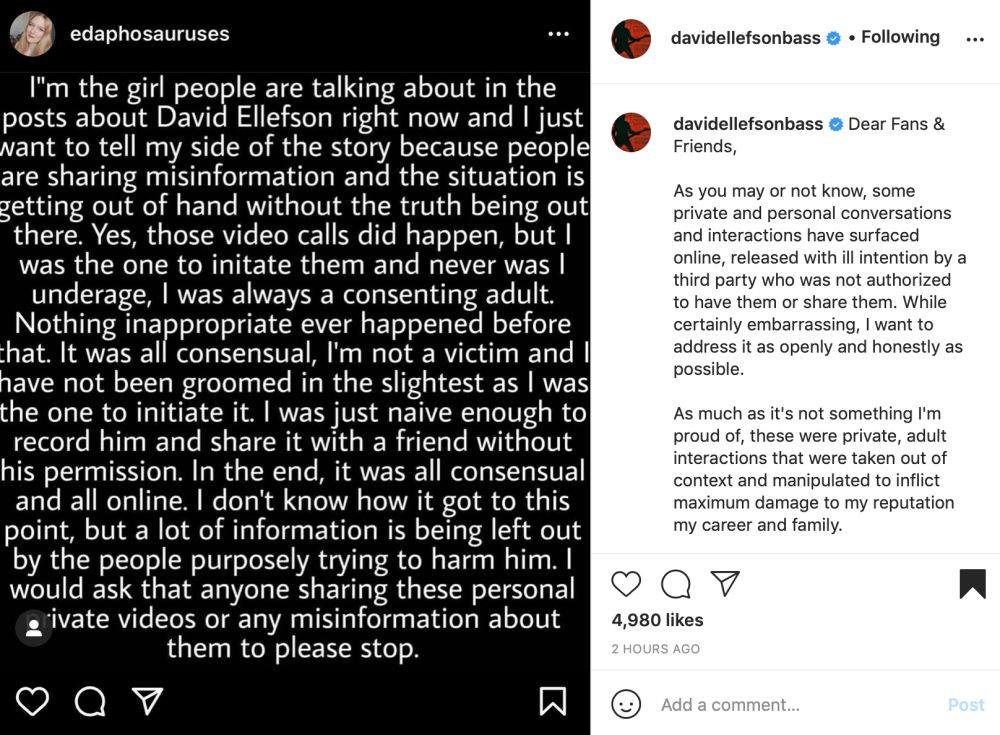 After his statement, fans expressed their devastation in the comments. Most of them believed that his statement made the situation worse.