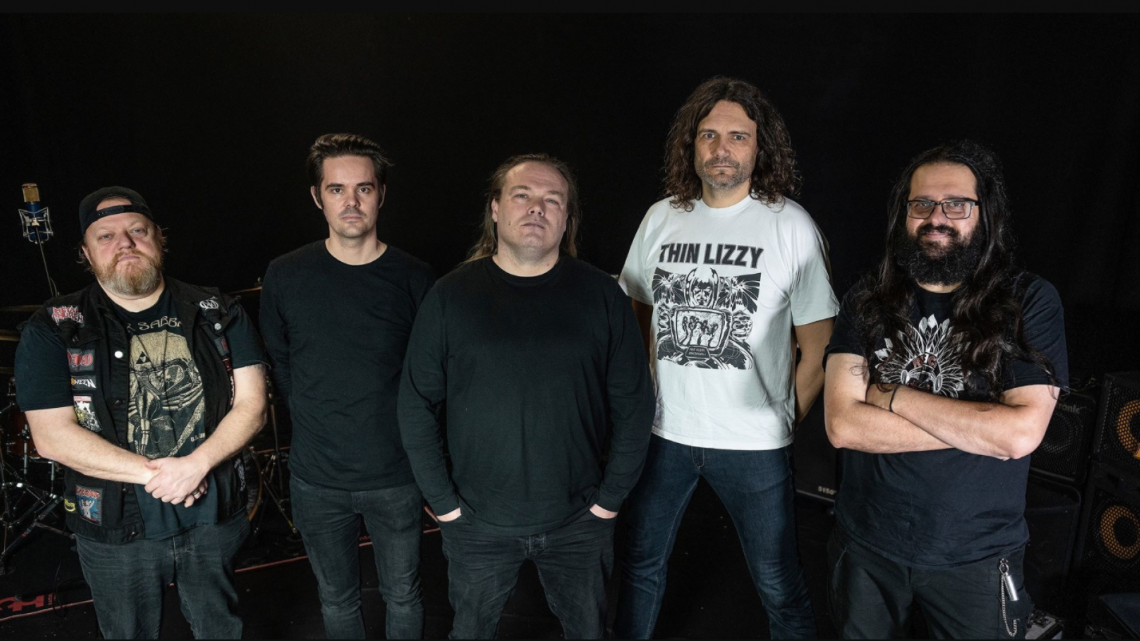 Denmark’s melodic heavy rockers MERIDIAN are releasing the fourth single (out of six) from their upcoming EP of covers “Taking Cover”, coming later this year on Mighty Music.

The song is a cover of the classic Gary Moore & Phil Lynott song, “Out In The Fields”.

Each member of the band picked one song for the EP, and this one is chosen by drummer Klaus Agerbo who says: “I chose “Out In The Fields” by Gary Moore and Phil Lynott, because in my early teens I got a cassette tape with mixed artists for my birthday, and the only song on there I liked was “Out In The Fields”. I quite literally wore that tape down because I heard that song again and again. It definitely stands the test of time! A hard rock classic!” .

It happens to most bands. It certainly happens a lot in this band. Warming up at rehearsals someone starts playing a cool riff from the good old days. – Everybody joins in on the jam and 30 seconds later everybody stops, laugh and someone says “That’s a cool song. We should make a cover of that someday”. Most often, that day never comes, but sometimes it does. Last year when the band finished recording the “Margin Of Error” album, one of the songs reminded Mighty Music CEO, Michael H. Andersen, of one of the greatest Danish bands from the 80’s, Skagarack, – and he suggested the band should do a cover of one of their songs.

All six songs are released as digital singles over the summer, and the EP will be available in October 23rd 2020.