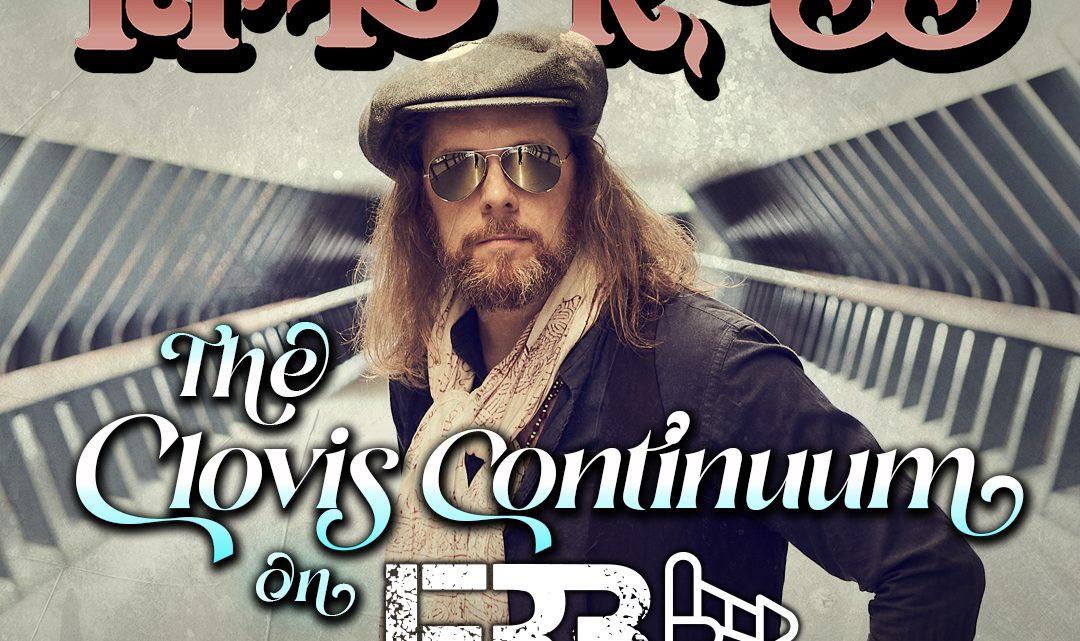 Mike Ross is best known to rock lovers as a guitarmeister in the Heavy Blues scene, where he’s particularly admired for conjuring epic fuzz, especially as one third of power trio supergroup RHR (named after the line-up of Troy Redfern, Jack J Hutchinson and Mike Ross). But that’s far from the only string to his bow.

Mike is also a talented solo artist, multi-instrumentalist, vocalist, songwriter AND producer. As Rushonrock observed, “Ross boasts a remarkable range of talents and remains a key figure in the NWOCR revival.” That range of talents and impressive skillset came to the fore and fruition with Mike’s recent, critically-acclaimed solo album ‘The Clovis Limit Pt.2’.

ERB Magazine awarded ‘The Clovis Limit Pt.2’ 5/5, and proclaimed it “One the best albums of 2020!  Magic Mike Ross does it again!”

Now Magic Mike is teaming up with ERB’s broadcasting arm to bring his passionate, wide-ranging, insightful love of music to the digital airwaves by presenting an online two-hour show, broadcast weekly at 8pm on ERB Radio, which will be offering an eclectic mix of classic and new rock, blues and more. What’s more, there’ll be a regular ‘peer to peer’ interview feature.

“I reckon that the ERB guys are just amazing,” says Mike, enthusiastically, “a massively inspirational bunch of people who have really pulled together during these tough times by establishing a brand-new radio station and ‘real’ print magazine to help spread the word about new rock bands.

“I’m honoured to join them and can’t wait to start playing tracks by my favourite classic and new artists, as well as the weekly feature interview where I’ll be inviting music and industry friends and family from around the world into ‘The Clovis Continuum’ to share some stores and choose some tunes to spin!”

The debut episode airs this Saturday 5th December, with special guest Matt Pearce — guitarist and original member of successful hard rockers Voodoo Six — who’s been making waves with his solo project Matt Pearce and the Mutiny, hitting the No. 1 spot on The Amazon Blues chart with its debut album!

George Hill — Editor of Emerging Rock Bands Magazine— looks forward to Mike joining their line-up: “The whole team at ERB are tremendously excited to be working with the legendary Mike Ross and we can’t wait to air his first show ’The Clovis Continuum’ on Saturday. Our small team is growing so fast and we are thrilled that Mike has decided to be part of it.”

Tune in and enter ‘The Clovis Continuum’ for yourself! HERE https://emergingrockbands.co.uk/