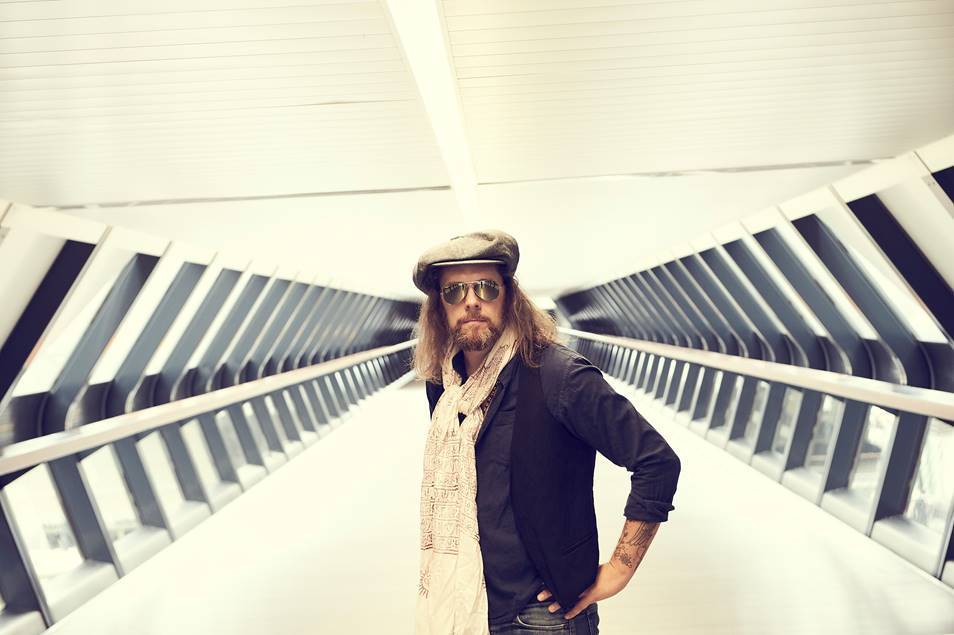 To call Mike Ross a musician with a lot of strings to his bow is to massively underestimate this one-man outlaw archer band.  Not only is he a long haired, guitar-slinging badass, he’s also a talented multi-instrumentalist, vocalist, songwriter AND producer. This killer combination of talents come to the fore once more with Mike’s fantastic third single from his eagerly-awaited, forthcoming album ‘The Clovis Limit Pt.2′: ‘Don’t Say a Word’ (released Today Friday 9th Oct on all digital platforms.)

“It may be a one-man show,” said RAWRAMP, nailing Mike as a man of many facets, “but you’d never guess, from the sheer compass, scope, and breadth of this adventurous mix of open-air blues, arrogant rock, & flirtatious folk roots…”

Two singles have already dropped from the album: ‘The Loser’ then ‘None of Your Business’, earning airplay and acclaim, particularly on Planet Rock where ‘None of Your Business’ was playlisted 4 weeks in a row on Wyatt Wendels’ ’New Rock’ show. The third single to drop, ‘Don’t Say a Word’, shows Mike’s constant musical variety, range and imagination.

“Picture, if you will,” says Mike, “a conspiracy theorist: a stuck-in-the mud, head-in-the-sand individual whose dissonance and denial are so strong that they distort the person’s whole reality, rendering them incapable of recognising their own part and role in a situation. Someone who’s so blind to their own hypocrisy that even when they’re exposed as a liar and fraud, the message just doesn’t get through. So, what’s the message for that person? Just keep your mouth shut and DON’T SAY A WORD!”

Musically, you’ll find some fascinating curveballs in the track. The recording features a memory direct from Mike’s childhood: the sampled sound of a ‘laughing bag’, which he lovingly remembers as a favourite possession of his late ‘Grandad Jim’.

Also buried in the mix (beneath a take-no-prisoners army of screaming hot guitars and vocals) are weird and wonderful homebrew synth sounds, courtesy of a WWII-era army surplus oscillator!  Another unique feel to the track came from drummer Darren Lee’s decision to replace his usual hi-hats with a cowbell, giving a powerful driving feel to the backbeat.

‘Don’t Say a Word’s accompanying video continues the heady trip and takes it further! A lone astronaut travels on the empty Underground A-Train. Roads, lights and hi-tech kaleidoscope echo 2001’s fabled, trippy stargate sequence.Weird space, sci-fi and psychedelic hi-tech kaleidoscope images merge with subterranean reality, as we travel endlessly through curving tunnels and bursts of purple psychotropic DMT visuals. It all comes together to stake out a unique reality for this song.

“For a set of songs and recordings that are 99% Mike Ross doing everything,” raved Music Republic Magazine, reviewing ‘The Clovis Limit Pt.2′, “this is pretty impressive stuff.

Andy Snipper, reviewing for Music-News went on to say “a must for any rock lovers.”

So: Don’t say a word! Check out Mike Ross’s latest single and video, and watch out, with bated breath, for ‘The Clovis Limit Pt.2’ which drops on Friday 30th October (on both physical CD format & Digital release) on Taller Records via CARGO Distribution.

‘Don’t Say a Word’ is now available to stream or download on all digital platforms https://distrokid.com/hyperfollow/mikeross/dont-say-a-word-2