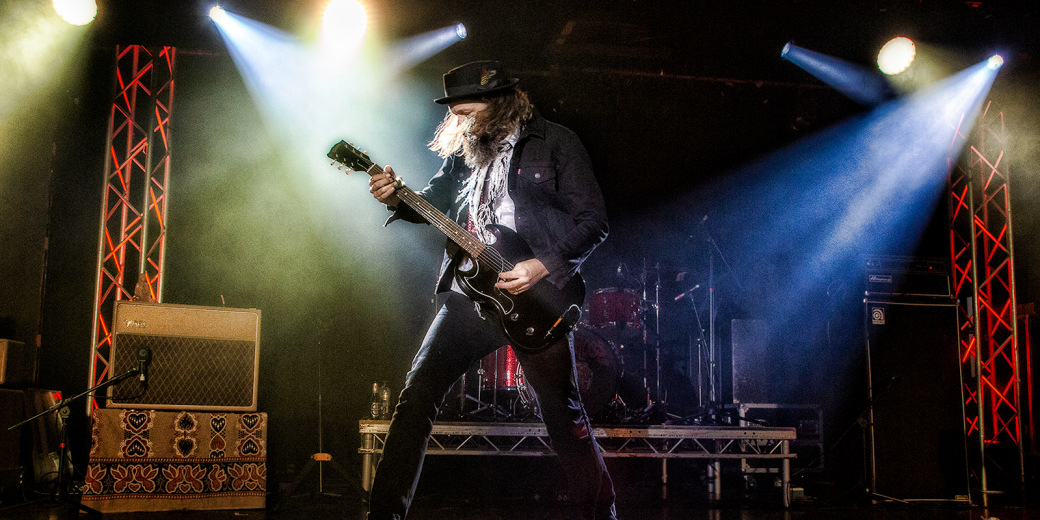 Mike Ross — a man you can rely on to conjure up fuzz-charged Heavy Blues and powerful Rock, make his guitar soar and sing, and deliver smart-as-a-whip lyrics— will be releasing his new 10-track solo album ‘The Clovis Limit Pt. 2’ on Friday 30th October.

The sophomore single release from Mike’s album is the ‘None of Your Business’, drops TODAY – 21st August. Musically, this track feels very Lynyrd Skynyrd-like for its underlying hooks and riffs. If this track doesn’t set your foot tapping, check no-one’s nailed your foot to the floor!  The Hook is strong in this one! There are also some surprises to be found, including a dreamy guitar interlude, as well as the driving, take-no-prisoners lead guitar and vocals that carry the track and gives it instant impact.

As to the inspiration behind the song and its message, Mike asks, “Did you ever meet that particular kind of a person who always seemed to think they knew something you didn’t? A certain sort of someone that always magically seems to know exactly where you went wrong and has a suggestion as to what you need to do to make it right? Ever encounter a member of that specific species of individuals who really grinds ALL your gears? Maybe a friend, a family member, or someone you work with? Someone you wish would just shut the hell up and get away from you?

“Well, this is a song for that someone!”

Indeed it is! And it’s well worth listening in detail to Mike’s lyrics, which have wit, edge and a deft turn of phrase. Scorn has seldom been so well-phrased and fun!

The video gives Mike a chance to rock out with gusto, as guitarist, as vocalist and as performer. Weirdly opalescent and vermillion lighting gives the visuals a striking palette, whilst close-ups allow eagle-eyed viewers a chance to appreciate Mike’s guitar work on his Gibson Les Paul.

The single is getting well-deserved radio play and has been added to The New Rock Show playlist on Planet Rock.

There are surprises to be found in the album’s tracklist and often inside the songs themselves — changes of tempo, melody and instrument, in particular. These add variety, texture, flavour and kick to the menu. One minute, Mike’s delivering the fuzz-charged, overdriven guitar for which he’s famed (particularly as one of the frontmen trio of powerhouse rockers RHR); the next, he’s conjuring sweet, eloquent solos from his instrument. It all fits together better than beer and pretzels.

Check out ‘None of Your Business’ now! Available to buy and stream on all  digital platforms https://distrokid.com/hyperfollow/mikeross/none-of-your-business

‘The Clovis Limit Pt.2’ is out on Friday 30th October (on both physical CD format & Digital release) on Taller Records via Proper Distribution.