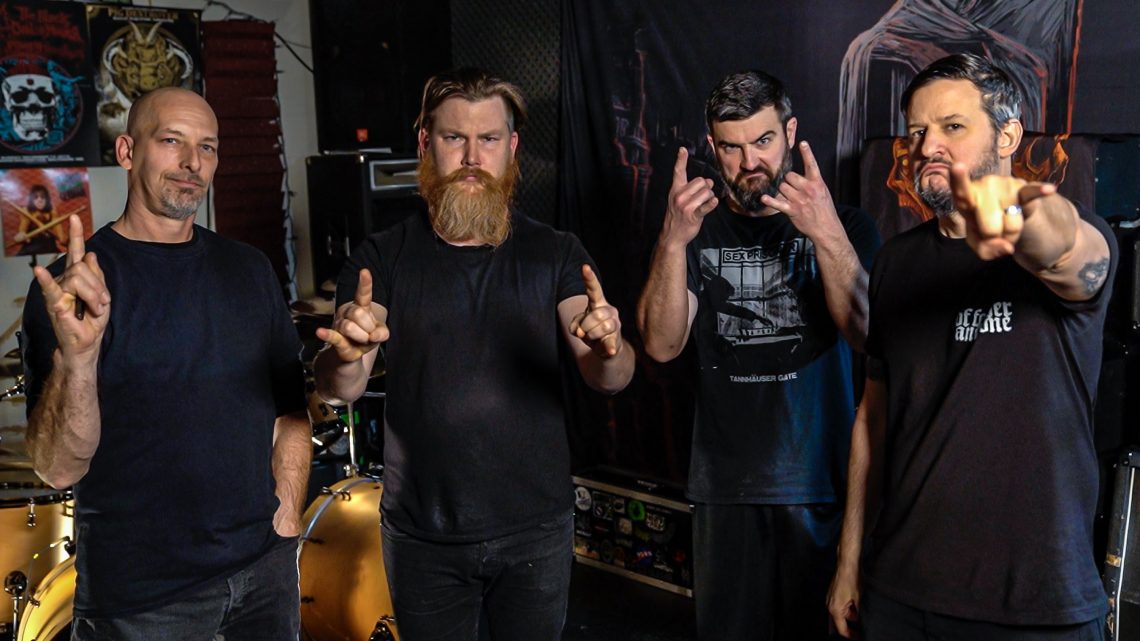 US death/grindcore veterans Misery Index have announced a tour for September 2021!

See below for the tour dates: 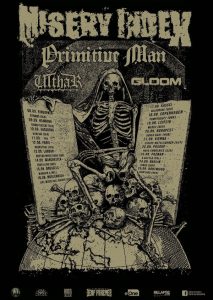 When their debut EP “Overthrow” was recorded in 2001 by vocalist and bassist Jason Netherton (ex-DYING FETUS) together with (then) guitarist and vocalist Mike Harrison and drummer Kevin Talley (ex-DYING FETUS), MISERY INDEX immediately charted a course to explore and push the limits of Death Metal and Grindcore, drawing influence from bands like MORBID ANGEL, NAPALM DEATH, TERRORIZER, BOLT THROWER and ENTOMBED. The erstwhile project shifted to a full-time band when guitarist Sparky Voyles (ex-DYING FETUS) joined. In 2003, MISERY INDEX unleashed their first full-length ‘Retaliate’, to exceptional reviews and followed by numerous support tours and festivals in Europe and North America. After several line-up changes, the second album “Discordia” was released in 2006, the first to feature current drummer Adam Jarvis and guitarist/vocalist Mark Kloeppel, with even more touring in its wake. Their third full-length, ‘Traitors’ (2008) reaped raving reactions from both critics and fans and saw the band on the road again until 2009. Then MISERY INDEX dropped ‘Heirs to Thievery’ (2010) like a bomb on the death metal masses, shattering all expectations. The album was both a commercial and critical success, elevating the band to headlining slots. During that year, long time guitarist Sparky Voyles was replaced by Darin Morris. In 2013, the band released its first live album, “Live in Munich”, which perfectly epitomized the rawness and ferocity that MISERY INDEX elevated onto a new level with their fifth full length “The Killing Gods” in 2014.

In 2019, MISERY INDEX released “Rituals of Power” and proved once again that the group is as furious as ever. Featuring the singles “New Salem”, “Naysayer, “The Choir Invisible” and “Hammering the Nails” the album was the band’s highest charting and best-selling release to date. Last year, the band did an EU headlining tour with support from Wormrot and then a US tour with Nails in the summer. At this time, they also released the single “Zombie Prescription” (Snapcase cover) via New Noise magazine’s flexi series. In February 2020, the band hit the EU again on the month long “Campaign for Musical Destruction” in support of Napalm Death, along with Eyehategod, Rotten Sound and Bat.