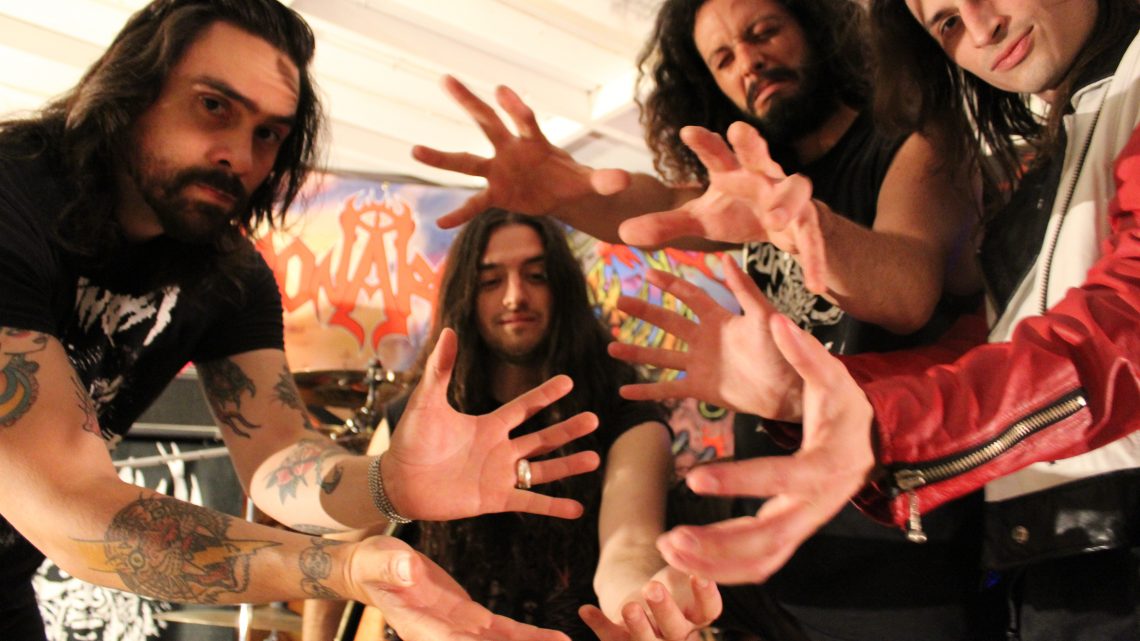 Tell us about your pets Casey. 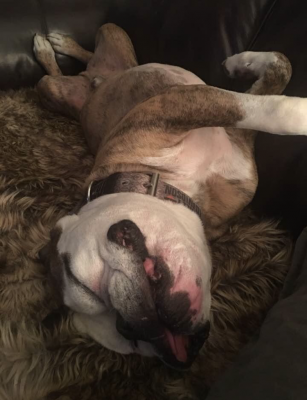 I love my pets! In my family, we’ve always had pets around, at least a dog and cat or two with some others thrown in, right now we have an Olde English Bulldog named Newman, he’s about 15 years old now.
He’s a handsome chap
I have two cats, one is named Charlie after Charles Dickens and the other was named Binx by my nieces who thought she looked like the cat from the movie Hocus Pocus. I have a potbelly pig named Peppa, and a giant tortoise named Lumpy that wanders around the yard.

What is the weirdest thing any of your pets have done?

I used to have a Bearded Dragon named Skwisgaar after the Dethklok fictional guitarist and he used to come out of his little cave and wave at me from his cage (Bearded dragons are known to try and communicate by waving their hands in a circle) whenever I would pull out the guitar he would come out and wave.

It’s always nice when you have the seal of approval from a pet. Especially a bearded dragon. They’re fussy about the riffs.

My cat Binx plays fetch with my hair ties. She is obsessed.

JD has taught a couple of his cats to play fetch too. They fetch cable ties and bells.

With the current global pandemic and lockdowns etc. How have animals helped you being at home?

I’m just happy I get to spend more time with them, I teach guitar and am in like 4 active bands so I am always regretful that I don’t get to spend as much time with my family and pets so it’s been really nice. I’ll be tracking guitars, zoned out in my headphones and my dog Newman will come and bump my elbow with his wet nose. It puts me in a great mood for making music. 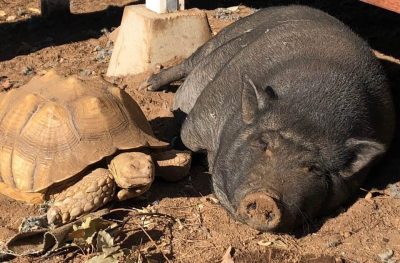 Lumpy the Tortoise and Peppa the Potbelly Pig

I’ve always been very interested in reptiles as I think most little boys were, I had a frog, ball python, scorpion and 2 chameleons. I don’t have many nowadays because they require a lot of care that I just don’t have time for these days.

Have you tried to dress up your pets?

That’s never really been a thing of mine, I did try putting my Ace Frehley Destroyer costume on him (I’m in a KISS Tribute band in San Diego called KISSED ALIVE, Monarch’s vocalist/guitarist Matt Smith plays the Gene Simmons in it as well) But he doesn’t really enjoy it.

Who have you managed to rope in to look after your animal when tours and shows start up again?

My family and my lovely girlfriend Stephanie. 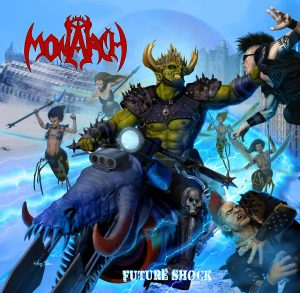 We spoke briefly about practicing at home, is there any new music in the pipeline?

There’s definitely about half an album’s worth of songs on deck for the next album, we haven’t discussed it too seriously yet, but we do have a good start when we decide to get serious.

Be kind to your pets! Thank you for reading all this way! If you get a chance, check out our website www.monarch.band and if you can, pre-order FUTURE SHOCK! We are all so proud of it and we can’t wait to share it all with you. The new single “Shred Or Die!” Just went up on iTunes, Apple Music, Spotify, etc. so go check it out, subscribe to our YouTube channel and look for some new rad videos and content. We have another single and music video coming out soon too. Thank you all so much, and thank you All About The Rock! 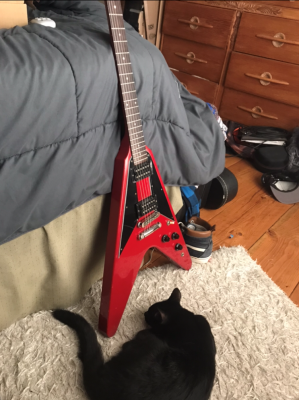 Thank you for your time. It’s been a pleasure as always!