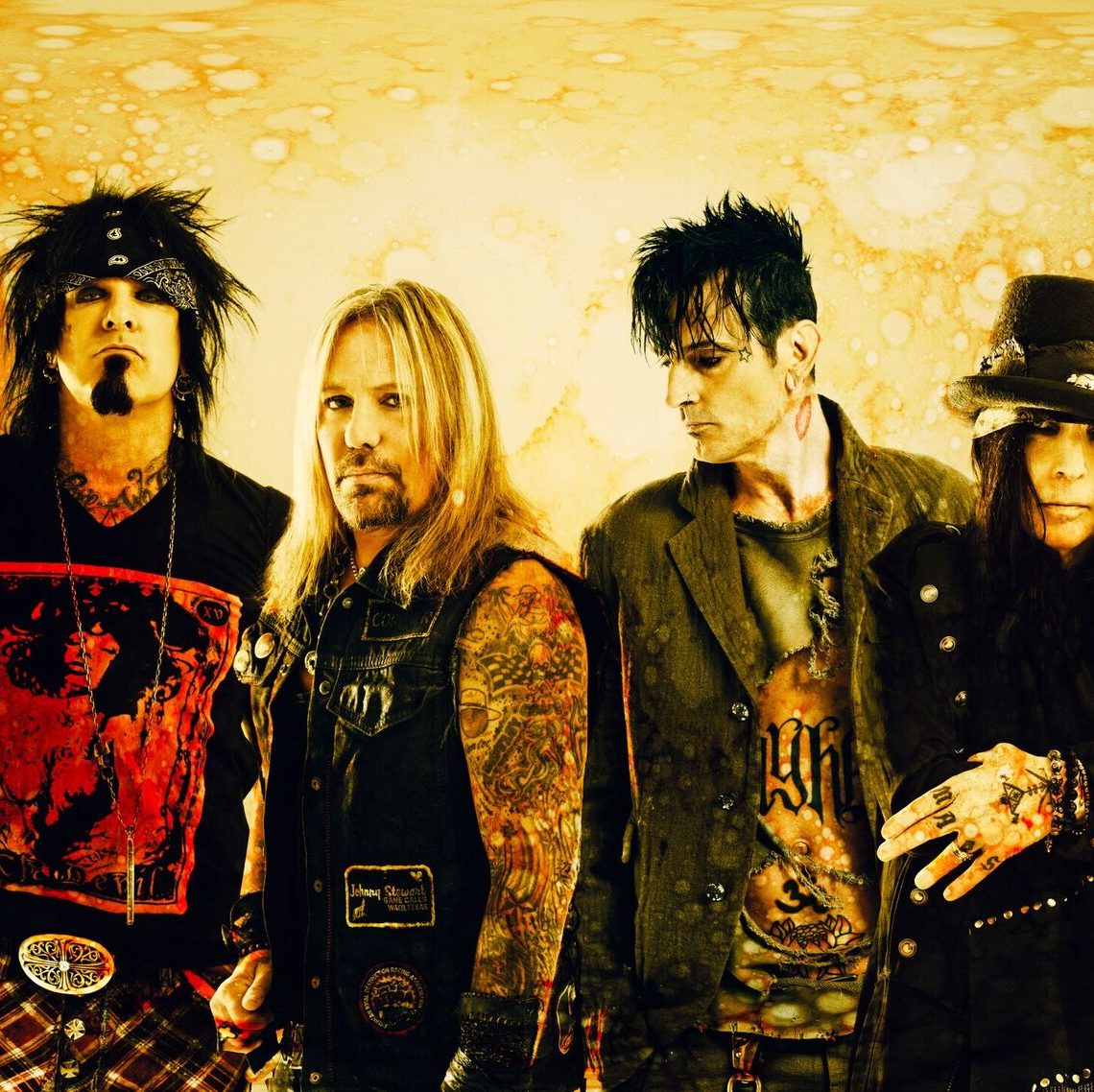 After two summers of delays it is FINALLY happening!! The world’s most iconic and celebrated rock legends will hit the road together this summer for a coheadlining tour SO MASSIVE that it could only be held in North America’s biggest stadiums. THE STADIUM TOUR featuring, MÖTLEY CRÜE, DEF LEPPARD with POISON and JOAN JETT & THE BLACKHEARTS will hit select cities in the U.S. and Canada where each band will bring their electrifying stage shows while promising to perform their stadium sized anthems. Produced by Live Nation, the summer tour is set to steamroll through North America starting June 2022.

Due to fan demand, the tour is adding 5 all new stadium shows to the epic run. Tickets for the new dates will go on-sale to the general public beginning Friday, February 25 at 10 am local time at www.LiveNation.com, check local listings for details. Def Leppard & Mötley Crüe VIP offerings for the 5 new shows will be available coinciding with the general onsale next Friday Feb. 25 at 10 am local time.

Following the huge success of their NETFLIX biopic THE DIRT, Mötley Crüe has seen a massive surge in new audience with fans around the world demanding the band tour again. This led to the band members reuniting and announcing that “Mötley Crüe is back” in 2019. While The Dirt caused a meteoric 350% increase in streams of Mötley Crüe’s music across all platforms and the younger 18-44 demographic now represents 64% of the band’s fanbase most of the new fans have never seen any of the band’s legendary live shows that Crüeheads have relished for 4 decades. In 2021, Mötley Crüe celebrated their 40th band anniversary, as well as the 40th birthday of their iconic debut album, TOO FAST FOR LOVE. The 35th anniversary of their GIRLS, GIRLS, GIRLS hit album is coming up on May 15. Mötley Crüe have sold over 100 million albums worldwide, achieving 7 platinum and multi-platinum albums, 9 Top 10 albums, 22 Top 40 Mainstream Rock hits, 6 Top 20 Pop singles and 3 GRAMMY nominations. The band have amassed close to 5 billion streams across digital platforms. They have over 15 million social media followers, a New York Times best-seller and a star on the Hollywood Walk Of Fame. The band is ready to deliver an over the top stage show packed full of hit songs.

“It’s on!  We don’t think we’ve ever looked forward more to kicking off a tour than this one. We can’t wait to finally see all the fans across North America again. Get ready for a wild ride this summer!” Mötley Crüe said in a joint statement.

ROCK & ROLL HALL OF FAME INDUCTEES Def Leppard are one of the most important forces in rock music. In 2019, the icons closed out a sold-out worldwide tour including a North American stadium run & headlining the UK’s Download Festival to 90k screaming fans. Def Leppard’s star continues to rise and prevail. The band have amassed a staggering 5.5 billion streams since 2018, reaching a younger 18-44 demographic that now represents 58% of their fanbase. Additionally, the band have garnered an impressive 15 million followers across their social media platforms. Def Leppard also celebrates the landmark 45th anniversary of their formation this year, marking 45 years of legendary rock ‘n’ roll history making. Def Leppard’s influential career crosses generations and includes 110 million records sold, numerous hit singles and ground-breaking multi-platinum albums—including two of the best-selling albums of all time, Pyromania and Hysteria, both of which are certified Diamond (10x platinum).

“On behalf of the band, we’re beyond thrilled that the stadium tour is finally happening this summer … it’s been a while coming and we can’t wait to get back on stage again & we can’t wait to see you in one of the many stadiums soon!” said Joe Elliott.

POISON will be bringing a rocking real and relevant no holds barred thunderous live show to the Stadium tour this summer with the all original lineup of Bret Michaels, C.C. DeVille, Bobby Dall and Rikki Rockett. POISON will be unleashing an onslaught of hit after hit songs in its set. The humanitarian of the year, two years running, Michaels along with POISON is known to bring a unique style of passionate high energy, sincere gratitude and a positive attitude.  Michaels engages all the fans and makes it an absolute epic ride of true live music. Together With C.C.Deville on guitar, Bobby Dall on bass, and Rikki Rockett on drums POISON will rock the stadium with a chemistry that will bring a big summer mega party vibe and Michaels promises to give 1000 % on the stage as the hotter it gets the harder POISON promises to rock!!!

Poison’s Bret Michaels also added: “There are not enough words to thank the three generations of fans for making this such an exciting, record breaking, historical tour with the fastest sell outs in history at these stadiums.”

Joan Jett grew up during a time when rock ‘n’ roll was off limits to girls and women, but as a teenager, she promptly blew the door to the boys’ club right off its hinges. After forming her band the Blackhearts in 1979, with whom Jett has become a Rock and Roll Hall of Fame inductee, she has had eight platinum and gold albums and nine Top 40 singles, including the classics “Bad Reputation,” “I Love Rock ‘N’ Roll,” “I Hate Myself For Loving You,” and “Crimson and Clover.” With a career that has spanned music, film, television, Broadway, and humanitarianism, Joan Jett remains a potent force and inspiration to generations of fans worldwide. As a producer, she has overseen seminal albums by Bikini Kill, and the Germs’ LA punk masterpiece ‘GI.’ Jett and Kenny Laguna (her longtime producer and music partner) co-founded Blackheart Records from the trunk of Kenny’s Cadillac after rejections from no less than 23 labels. 40 years later, Blackheart is a thriving entertainment company producing music, film and television, and continues to champion emerging bands. Joan Jett and the Blackhearts continue touring the globe with headlining shows alongside fellow rock legends like The Who, Green Day, Heart, and Foo Fighters. After two COVID-19 postponements, the group will return to the road in summer 2022 for The Stadium Tour with Def Leppard, Motley Crue and Poison. ‘Bad Reputation,’ a documentary about Jett’s life, premiered to critical acclaim at the 2018 Sundance Film Festival and is now available for streaming.

“We are so excited to be back out on the road! We missed doing what we love most and can’t wait to see the fans out there again!” said Joan Jett and the Blackhearts.

Emerging rock band Classless Act, signed to Better Noise Music, is set to open the tour. With the release of their single “Give It To Me” in 2021, the band has already received critical praise from the likes of rock media including SPIN, Loudwire, and more. Mötley Crüe’s Tommy Lee was an early follower of the band and is excited to have them join him and his bandmates on the road, saying, “I remember when we went out with Ozzy in 1984 and how it was an insane game changer!! We literally blew up after having that opportunity to play live in front of 20,000 people every f***ing night! Since then, we’ve always felt it was important to help new bands; whether it was Guns N Roses, Skid Row or so many others.  This summer we’re gonna help out Classless Act.”

Emerging rock band Classless Act, signed to Better Noise Music, is set to open the Stadium tour. With the release of their single “Give It To Me” in 2021, the band has already received critical praise from the likes of rock media including SPIN, Loudwire, and more. Mötley Crüe’s Tommy Lee was an early follower of the band and is excited to have them join him and his bandmates on the road, saying, “I remember when we went out with Ozzy in 1984 and how it was an insane game changer!! We literally blew up after having that opportunity to play live in front of 20,000 people every f***ing night! Since then, we’ve always felt it was important to help new bands; whether it was Guns N Roses, Skid Row or so many others.  This summer we’re gonna help out Classless Act.” 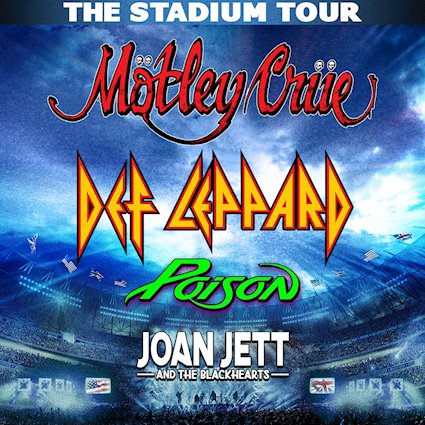 RECKLESS LOVE postpone the release of their new album ‘Turborider’