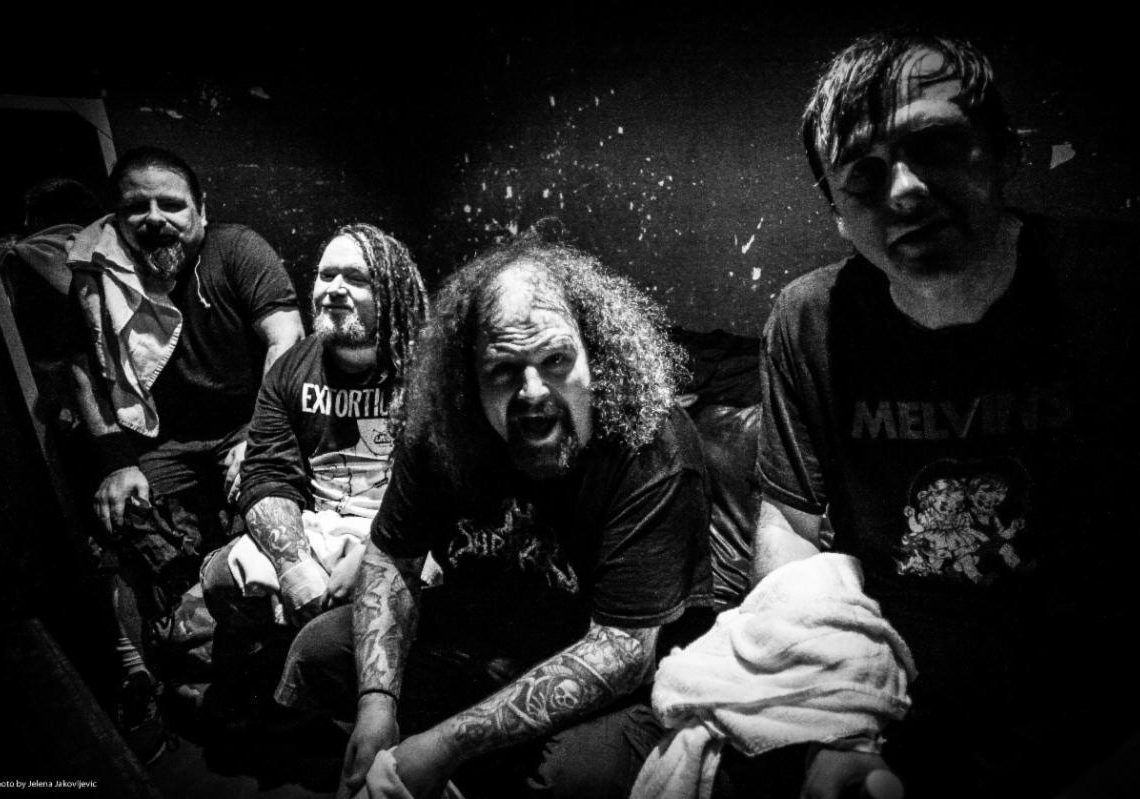 Napalm Death and Decibel Magazine Team Up For Vinyl Re-Issues of ‘Time Waits For No Slave’, ‘Smear Campaign’, ‘Utilitarian’, and ‘Apex Predator’

13th May 2020 0 By John Deaux
UK Grindcore pioneers NAPALM DEATH have just launched the pre-orders for their limited edition vinyl re-issues of Time Waits For No Slave, Smear Campaign, Utilitarian, and Apex Predator. There will only be 1000 copies available of each title in exclusive custom colored vinyl. Additionally, the band is teaming up with Decibel Magazine for the releases, which will include exclusive editions of the magazine.
“Without Napalm Death, there would be no Decibel. They are a personal all-time favorite and one of the core bands central to the aesthetic of the entire magazine. To revisit these LPs upon their release through the lens of Decibel has been a blast. And to have those stories be a central part of these beautiful reissues has been surreal“, states Decibel Magazine’s Editor-in-Chief Albert Mudrain.
Time Waits For No Slave, Smear Campaign, Utilitarian, and Apex Predator will include standard jacket, 150g vinyl, lyric page insert, 5×5 NAPALM DEATH logo sticker & special, and a limited Decibel Magazine. The vinyl releases are available in the following formats: 200 black vinyl on all accounts, 100 red smoke vinyl with Decible Magazine, 300 blue smoke vinyl on the Century Media US store, 300 black ice vinyl on the Indie Store.
NAPALM DEATH’s enduring impact on the world of sonic savagery began in earnest in the late 80s, when the band’s first two albums – 1987’s Scum and its 1988 follow-up From Enslavement To Obliteration – refined and redefined the notion of brutality and velocity in the worlds of punk, hardcore and metal. Endorsed by legendary and much-missed DJ John Peel, the Brummie grindcore pioneers were such an exhilarating and yet alien dose of jolting adrenaline that even the mainstream media were forced to prick up their ears and take note. Throw in the fact that NAPALM DEATH were – and still are – driven by a ferocious intelligence and a genuine desire to make the world a better place through the promotion of rational thought and respect for all fellow humans, they stood apart from the often nihilistic and intellectually bankrupt underground metal scene and have re-mained unique and unerring ever since. While grind purists may point to those earliest records as evidence of the band’s signifi-cance, it is the tireless and terrorising exploits of the now classic line-up of vocalist Mark ‘Barney’ Greenway, bassist Shane Embury, guitarist Mitch Harris and drummer Danny Herrera that have cemented NAPALM DEATH’s status as extreme music legends. Over the last 20 years, the band have released a relentless slew of groundbreaking and fearless albums such as Time Waits For No Slave, Smear Campaign, Utilitarian, and Apex Predator, which have consistently punched holes in the heavy music world’s perimeter fence, espousing an indestructible credo of creativity and lyrical fire along the way.
NAPLAM DEATH is Mark Greenway (vocals), Mitch Harris (guitars), Shane Embury (bass), and Danny Herrera (drums).
Follow NAPALM DEATH:
Website
Facebook
Twitter
Century Media Records online:
Website
Facebook
Twitter
YouTube
Century Media Merch Store:
Website