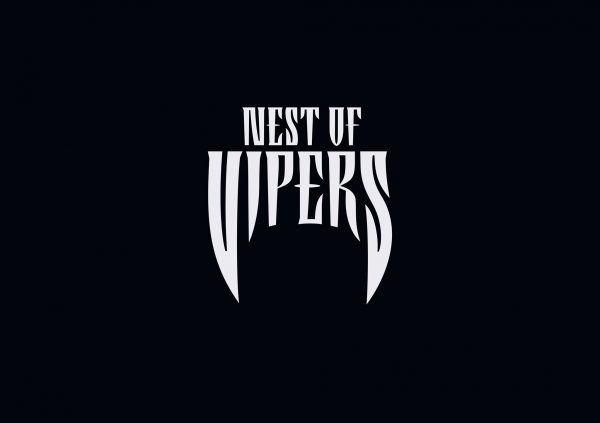 Every so often you come across a band who rattle your cage. Nest of Vipers are one of those bands.

Formed back in December of 2012 this is a band that has gone from strength to strength & their popularity is continuing to grow.

Having made it through to the final of Metal 2 The Masses & narrowly missing out on winning the grand prize of a slot at this years Bloodstock. Vipers headed into the studio to finally start recording their debut E.P to be released later this year

Mossfest at Bannermans in Edinburgh was to be Nest Of Vipers triumphant return to their home town & what a triumph it was too.

sandwiched between Good Human, A Ritual Spirit, Dog Tired & Fury, Nest of Vipers took to the stage at 9pm for a blistering 35 minute set.

As ever, Hannah takes to the stage fully geared up to wake the Edinburgh crowd & have them eating out of the palm of her hand.

Her vocal range is simply stunning. From  clean delivery right through to death metal growl, that was born somewhere in the depths of hell itself,  in a single breath, the girl has a serious set of pipes on her.

Guitarist Thom Hall was sporting a new image making him look even more of a rock god than usual. The man is shredtastic

Ed Van Bart plays with an incredible groove & looseness that slots in perfectly with Alan Chetcutis drumming prowess. The guy smashes the skins like a Neanderthal who is intent on killing a Brontosaurus.

Despite a minor technical difficulty this is the best I have seen Nest Of Vipers perform. Tighter than a nut on a formula 1 car, Hannah’s voice wailing like an air-raid siren & the band rocking like a boat on choppy seas.

This is a band to keep an eye on & this wont be the last you’ll hear of them either.

We at AATR Towers are really looking forward to hearing the studio E.P & watching them continue to grow in stature.

They may have just missed out on Bloodstock, but this year isn’t over yet, so who knows. Watch this space & beware of the Viperstrike.

EPICA – to release “The Holographic Principle” on September 30th!