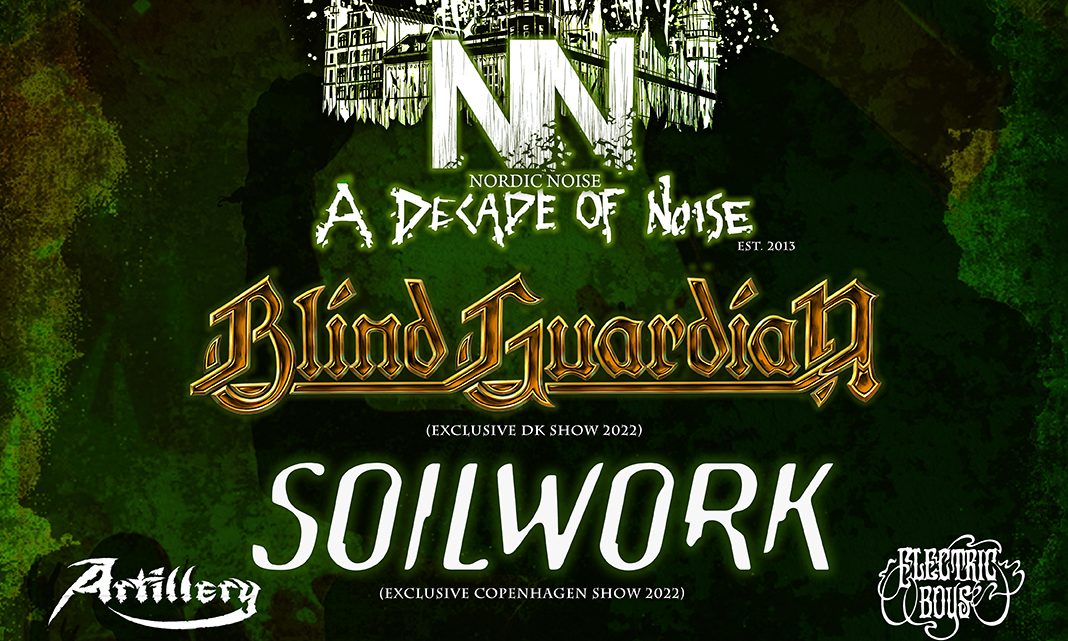 With the iconic German heavy metal band BLIND GUARDIAN at the top of the bill – last time they played the Danish shores was in 2016 with a completely packed concert at Copenhell – Nordic Noise proves that it’s now among the heavyweights within the Danish rock and metal festival scene. Danish portal Devilution also acknowledged the Copenhell concert with 4/5 stars and the headline “Worth the wait”, as well as heavymetal.dk with 8/10 stars.

The melodic Swedish folks in SOILWORK are the sure choice as the second headliner, joined by another Swedish band with wind in their sails: LIV SIN. Otherwise, we welcome back to some of the festival’s greatest experiences over the years in the form of Swedish ELECTRIC BOYS and American KICKIN VALENTINA. And together with the already announced Danish death metal names KONKHRA and DETEST, a third veteran band within the genre, THORIUM, now joins the party. For fans of the more traditional metal, Nordic Noise 2022 has already announced the festival favorites TYGERS OF PAN TANG from England, who will do the hat trick at the festival, as well as enduring household names MANTICORA and ARTILLERY.

Thursday night kick-starts at the venue High Voltage in Copenhagen, where Swedish BATTERING RAM and Danish ETHEREAL KINGDOMS and ARSENIC ADDICT will warm up well for the antics. Admission to this concert is only available via a guest list that is offered exclusively on a first-come, first-served basis to anyone who has purchased Early Bird tickets for Nordic Noise 2022. Early bird tickets expire on 5 October (see description below).

Michael H. Andersen, Nordic Noise founder says “Ten years go by fast, even though it has been a bit of a roller coaster ride to find the musical form and the right venue to host Nordic Noise. We finally really succeeded in 2019 with names like Candlemass and Night Flight Orhestra on the bill, and then came the corona…“

MHA continues: “But we have thought out of the box during the pandemic. In 2020, we spontaneously made the first international 2-day metal/rock streaming festival “Screaming For Vengeance” (name later stolen by a certain magazine), which received media coverage worldwide, was seen by ¼ million viewers, and was a “first mover case” in many aspects.

This year, Nordic Noise was the first Danish festival opening the doors after the first covid reopening on May 6th. With nationwide media coverage from National Television and Radio. AND a euphoric experience… with mouth pieces and seated shows. Since the summer, we have also given joy to metal fans and bands with two successful Nordic Noise: Metal Aid festivals.

We have not given up or laid down in the last two years, and therefore Nordic Noise is now stronger than ever, and my team and I are very proud of the program we have put together for 2022“. 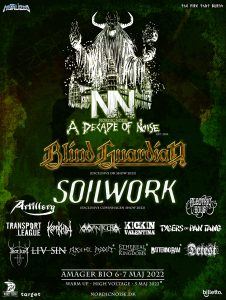 This year’s Poster 2022 is called “The Royal Vapula” and was designed by Karsten Sand (Copenhell, Mercyful Fate, Volbeat).

The impatient concert-goer can already secure one of the few 666 early bird 2-day tickets, which cost DKK 666 per piece and contain the following:

• Access to an exclusive pre-party at High Voltage in Copenhagen on Thursday 5 May, where you get the iterms above and can see 3 cool bands play live. Normal price 200 kr.

• Participates in the competition for a gift card of DKK 1666 for Zeppelin Rock Bar.