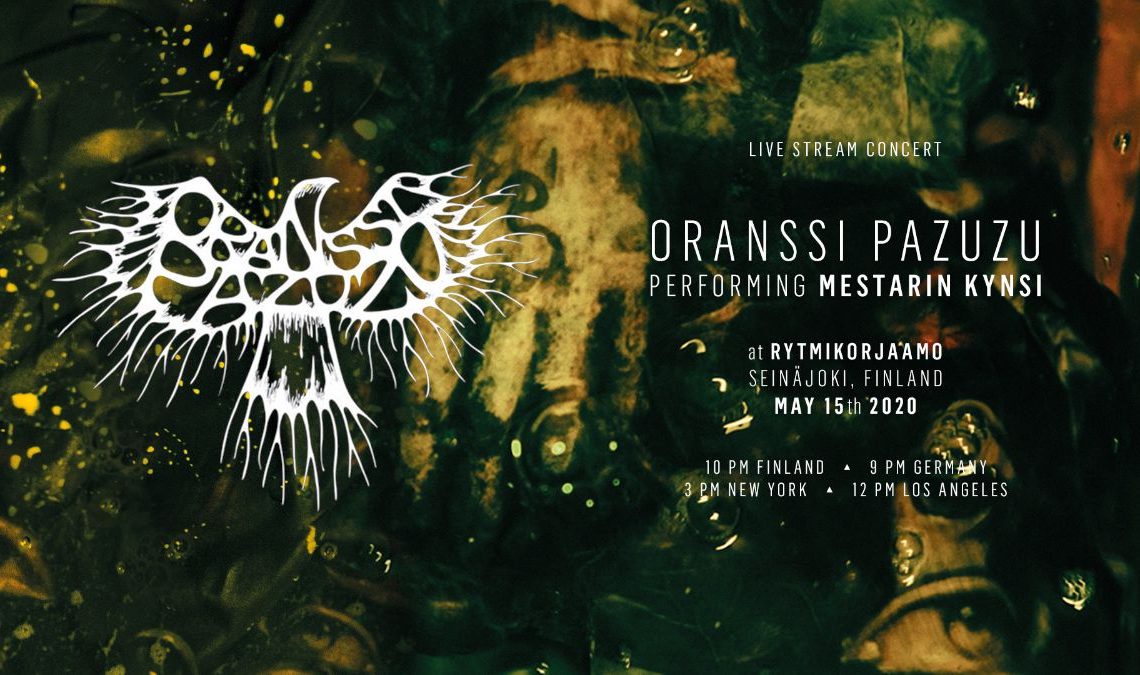 The band states, “We will be performing our new album “Mestarin Kynsi” as a livestream. The concert is free. However, if you wish to make a donation to help out the band and the crew, you are most welcome to do so. The concert will be streamed from Rytmikorjaamo, Seinäjoki, Finland and is made possible by Rytmikorjaamo, AMS Oy Ltd & ISLE Art Industries.”

Watch the concert here:
https://www.youtube.com/channel/UC93Nnu8LP94kTGj3ltMsa3Q
The album was originally meant to be performed in full at Roadburn Festival 2020, because of the recent Covid-19 crisis the band decided to bring the performance to you in your homes.

As “Oranssi”, meaning “orange” in their native Finnish language, is the colour of cosmic energy and “Pazuzu” is the ancient Mesopotamian demon of the wind, their swirling kaleidoscope of psychedelia has blown through the underground to redefine boundaries ever since their inception in 2007.

Jun-His: “We definitely wanted to look for new horizons, but on the other hand continue something we began building already on “Värähtelijä”. Some big influences were electro albums that inspired an idea about having a song that would travel through different kinds of portals whilst being mutilated and mutated by the new environment.”

On “Mestarin Kynsi” the doors of perception are not only evoked but off their hinges. Working again with their co-producer Julius Mauranen, who also helped craft their acclaimed 2018 Roadburn Festival commissioned, WASTE OF SPACE ORCHESTRA collaboration live show/album “Syntheosis”, in their home-city of Tampere, Finland, the familiarity served a greater purpose towards the evolution of the album. As singer/guitarist Jun-His puts it, “there is a city heart pumping on this album somewhere”.