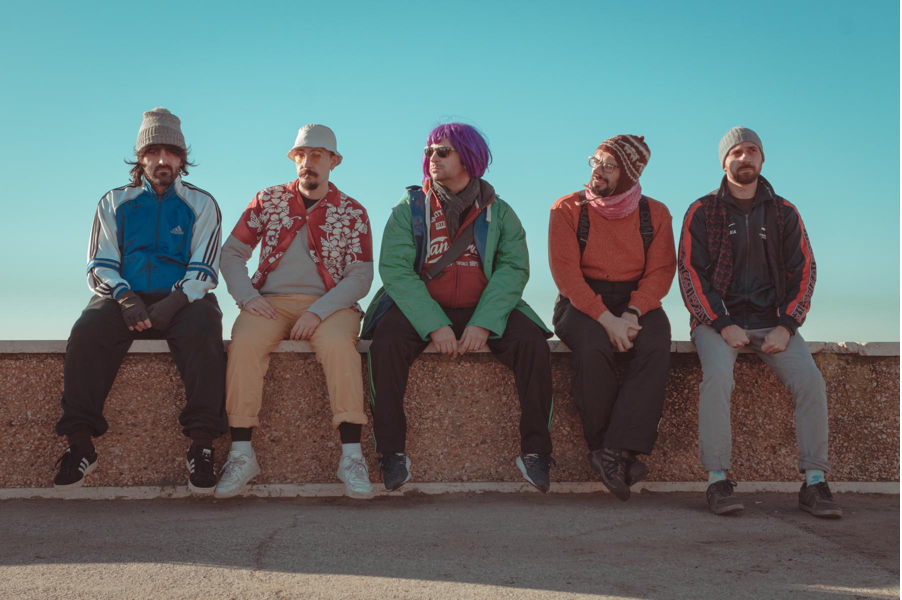 After temporarily transforming into a pop boyband, NANOWAR OF STEEL are back with their beloved brand of comedy infused heavy metal on their new album, Italian Folk Metal, to be released this Friday via Napalm Records!

On their brand new offering, the five-piece takes its fans on a journey through the roots of their beautiful homeland. Starting with the first single “Der Fluch des Käptn Iglo”, an homage to the all beloved fried dish fishsticks by Captain Findus, followed by hilarious power metal anthem “Gabonzo Robot”, Parody metallers NANOWAR OF STEEL express their love for polenta on the new single “La Polenta Taragnarok”!

NANOWAR OF STEEL on the song:
“La Polenta Taragnarock is more than a song. It is also more than just food. It is an anthem which we wrote one year ago on a direct livestream with our fans, and merges our two souls – Italian food lovers and metal addicted vikings – into a single product. Moreover, we managed to get our hero and master of stainless steel Giorgio Mastrota to sing and act with us in the video. It’s a dream embodied in 500gr of golden, tasty corn flour.”

With joyful, melodic melodies and an epic chorus, NANOWAR OF STEEL once again prove themselves to be not only aficionados of comedy, but also undeniably skilled musicians that can pull off amazing guitar solos! With several millions of cross-platform streams and views racking up from all over the world, NANOWAR OF STEEL are on the frontlines of comedic and parody-infused metal!

Filled with references to Italian folklore, NANOWAR OF STEEL puts its own comedic metal twist on the various traditional sounds of their beautiful country. Each song on Italian Folk Metal is performed in a distinct style of Italian folk music: Napoli-based sounds of musica neomelodica clash with melodic guitar sweeps on “Scugnizzi of the Land of Fires” and speedy accordions (prominently known from northern Italy‘s mazurka) are layered with dizzying guitar solos on “La Mazurka del Vecchio che Guarda i Cantieri”. Mixed with the band’s eclectic, comprehensive brand of catchy, comedy-infused metal, Italian Folk Metal is a truly multi-faceted listening experience and a deep dive into the roots of Italy’s folklore!

In the process of recording the new album in Rome and Milan during the summer of 2020, NANOWAR OF STEEL took the Italian-focused theme as an opportunity to gather Italy’s crème de la creme of musicianship: the album features Francesco Paoli from FLESHGOD APOCALYPSE on “L’assedio di Porto Cervo”, Alessandro Conti of LUCA TURILLI’S RHAPSODY and TRICK OR TREAT fame on “La Mazurka del Vecchio che guarda i Cantieri” and FROZEN CROWN’s Jade on “Rosario”, among others. Italian Folk Metal showcases NANOWAR OF STEEL’s musical versatility at its best![1-LP Gatefold SPLIT RED/WHITE/GREEN (limited to 200)] 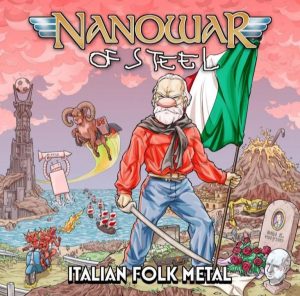 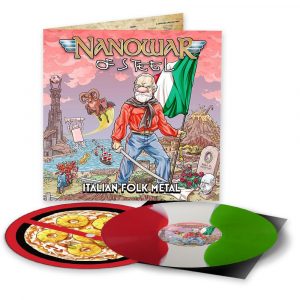 BRIAN SETZER TO RELEASE ‘GOTTA HAVE THE RUMBLE,’ HIS FIRST SOLO ALBUM IN 7 YEARS, AUGUST 27 VIA SURFDOG RECORDS