I’ve been following Promethium since their inception and they’re a band that never fail to impress.  From their debut album Welcome To The Asylum back in 2010 to Faces Of War their epic 2017 release. Promethium have always tried something new yet sticking to their full on metal roots.

I received their latest opus Revisions with no announcement just a press release which didn’t give anything away. Having read the track listing on the back of the cardboard CD sleeve, I was immediately struck by song titles I’m familiar with. For example Visions from their debut, Rain from Origins and 20.21.15 from Faces Of War to name a few. So off the bat I knew this was a compilation or even a re-record of their classic, live crowd pleasers.

Inserting the CD into my Hi-Fi and pressing play, I was greeted with a fantastic ACOUSTIC version of Tribute to the Fallen. From there on in the CD unfolded in a totally unexpected way.

To hear just Stevie Grahams vocal couple with Daniel Lovett-Horns guitar is an aural sensation that I wasn’t prepared for. The addition of Hannah Morris on Visions lifts that track to a whole different plane.

For those of you who think that a metal band doing an acoustic album is a shit idea, let’s get something straight. 9 times out of 10  most songs are written acoustically before we get to hear the finished product with distorted guitar, thundering drums, rumbling bass, incendiary guitar solos and gut wrenching vocals.

Born out of a crazy idea and live acoustic sessions at Manchester’s SOS Festival, Revisions is a superb record and a worthy purchase. Not just for fans of the band or thumping metal, but for those of you who fancy something a bit different 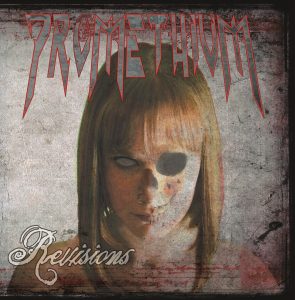