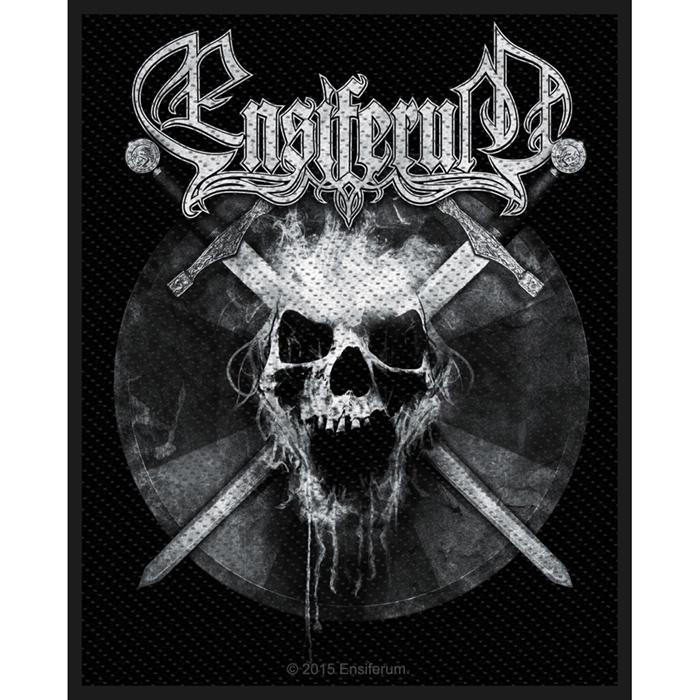 Here at AATR Towers we often get surprise visitors. A couple of days ago Sami of Ensiferum graced us with his presence, of course it would be rude not to give him a bit of a grilling.
Fortunately, he obliged (thanks Sami).

How are you doing?
All good here. It’s been quite hectic with the album release and preparing for the upcoming tours but can’t complain.

You’ve not long brought out your new album ‘Two Paths’, tell us a little bit about the album and how the production and recording went for this?
We did the album with Anssi Kippo who also recorded/produced our previous album One Man Army so it was easy to go to the studio because everyone knew each other and way everyone works. We wanted to capture our live energy on this album so we recorded drums so that the whole band was playing at the same time and for 3-4 songs we used the bass lines from the drum takes because they had so good groove. We also used analog equipment as much as possible to guarantee the best possible sound.

Did you all have input into the song lyrics/creative process for this album?
The writing process went pretty much is usually goes with us, slowly. We bring ideas to rehearsal room and arrange songs together. I wrote all the lyrics for this album. We have a policy that everyone can participate to writing process but others seem to trust me on this, .

How do you think the album been received by your fans?
The best feedback is when you play new songs and you can see people having fun, singing along and moshing like hell. This is what happened on the first shows already so I think fans have “accepted” the new material.

You recorded a DVD live from ‘On The Rocks’ in Helsinki Finland in October 2016 which comes as an extra in your ‘Two Paths’ package, when you know your being recorded live do you have to work harder to ensure that your live show is the best it can be?
Of course it creates some extra feelings when you know something is being recorded but our solution for the acoustic show was to have few more drinks before the gig and it went really well and the crowd was really digging it. I hope some day we can do acoustic tours outside Finland.

When you did your acoustic shows in Finland, did you find the mood/atmosphere was more mellow or were your fans as crazy as ever?
The acoustic gigs were insane! There were moshpits, crowd surfing and all the things you can find in a traditional metal gig so our acoustic shows are not just ballads for 90 minutes.

This year marks the 10th Anniversary of Victory Songs, can we expect an anniversary show before the end of the year?
I know many bands do these anniversary tours and why not! But at the moment we will focus on promoting Two Paths so let’s see in 2019 when it’s anniversary of the From Afar album.

What can we expect from the other live shows?
Obviously some new material but also some rare hits we haven’t played in years and of course we will give 110% every evening to kick ass as hard as possible.

What have you guys got lined up for 2018?
Long North America and Europe tours followed by tons of festivals and for the autumn 2018 we will have big plans but unfortunately I can’t reveal anything yet. But it’s going to be busy year and that’s the way we like it.

Anything you would like to say to your fans/followers?
In case you haven’t heard it yet, please check out Two Paths

and hope to see you all in the shows. Stay metal! \m/

Cheers Sami, it’s been a pleasure as always. Drop by anytime
My pleasure. All the best!