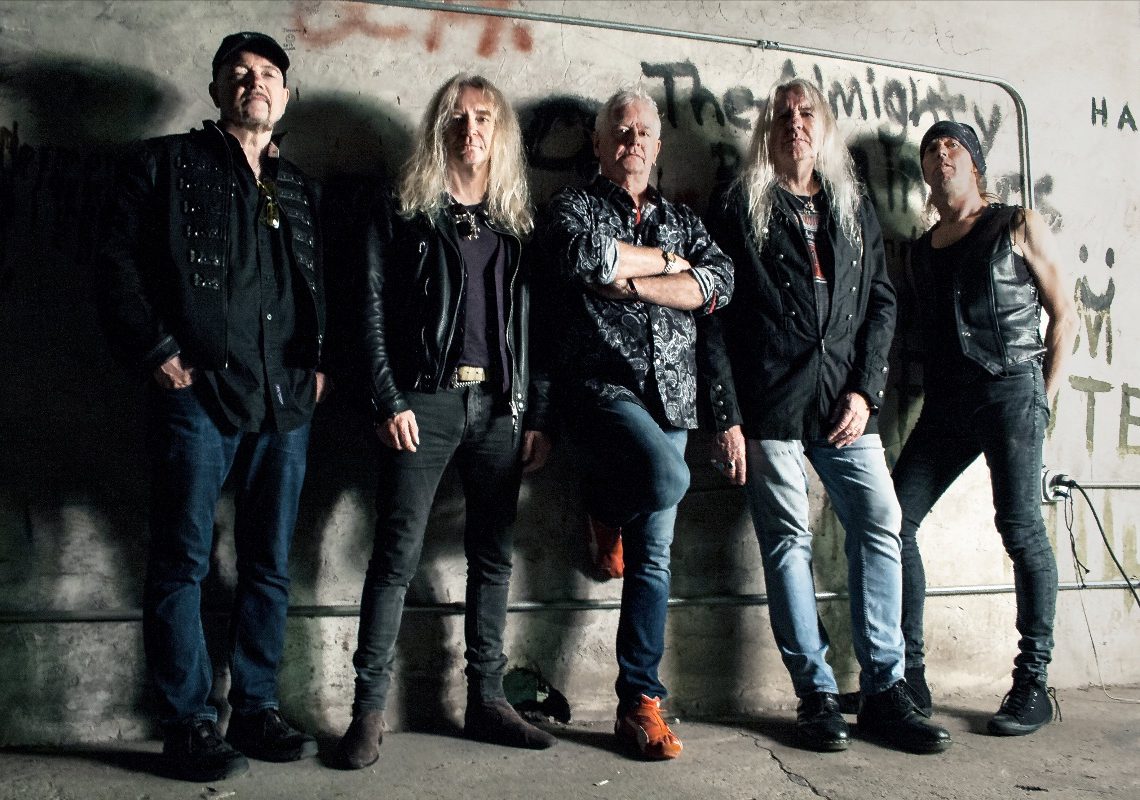 British Heavy Metal legends Saxon will deliver a full-roar-fun-down set of covers with their latest album Inspirations, which drops a brand new 11 track release featuring some of the superb classic rock songs that influenced Biff Byford & the band.
Set for release on March 19th2021, via Silver Lining Music, Inspirations gets things rolling with the release of Saxon’s crunching take on The Rolling Stones’ ‘Paint It Black’.  Biff Byford comments: “Loved this band since I first saw them and heard them.  I liked the Beatles, but the Stones appealed to my rebel side; their iconic look… so many great songs, such a great attitude in the music!”
The release of ‘Paint It Black’ is also accompanied by a behind-the-scenes video which was filmed during the band’s recording session earlier in the year.
Inspirations was recorded at Brockfield Hall near York in the UK, which was built in 1804 and holds the largest collection of paintings by Yorkshire’s impressionist artists – the Staithes Group.


For Byford, recording Inspirations all together within such a rich historical environment was a major ingredient of the project. “The warmth and feel of Inspirations had so much to do with being together in this magnificent place and doing it ‘old-school’ style,” Byford explains. “This is how many bands back in the day -including some of the ones covered here- made such great albums, so it just felt really good to be able to do this somewhere like Brockfield Hall.” The results speak for themselves.

“We wanted to do an album based on our influences, the songs and bands that inspired us to write what we did and still do,” continues Byford, “and it was also interesting to see what my voice could do as I haven’t sung many of these songs before.”

Byford does, indeed, take on some new vocal challenges, which he duly smashes on the likes of Thin Lizzy’s ‘The Rocker’. The net result is that whether cranking up a heavyweight take on Led Zeppelin‘s ‘Immigrant Song’ or throwing down AC/DC’s ‘Problem Child’, Saxondoes a supreme job of entertaining both themselves and their audience throughout Inspirations.

“We didn’t want to change any of the songs too much, just play them more like Saxon,” concludes Byford, “and we also think it’s very important to have -and share with the fans- some fun in these dark times.”
You want even more proof of the validity behind that statement? Wrap your ears around their sparkling take on Toto’s ‘Hold The Line’ and consider Saxon’s Inspirations a mission accomplished.
Saxon’s Inspirations is available on Vinyl, CD, digital formats and limited edition D2C products; to pre-order go to at this location 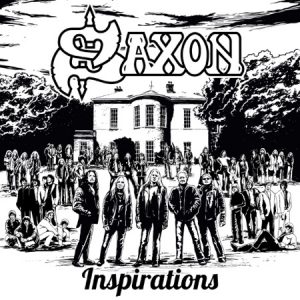 TRANSATLANTIC – launch video for ‘The World We Used To Know’