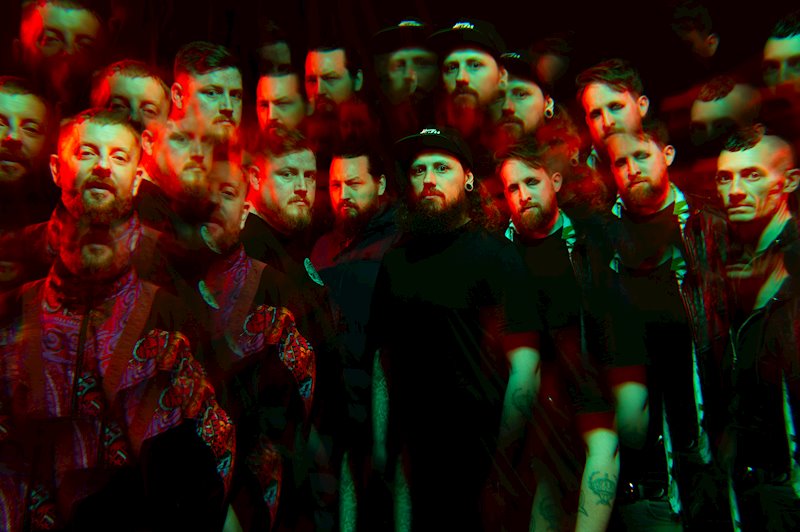 “Punishment Instructions” is a hard-hitting metal track that exemplifies everything fans love about the band. As the song’s thought-provoking lyrics examine the effects of trying to resist when others are trying to strip all hope away from you, the heavy rhythms, featuring aggressive guitars, coupled with the aggressive vocals, only add fuel to the rebellious firestorm that is Seething Akira. Warning: This single may induce the urge to jump into your nearest mosh pit. Listen wisely, and use as directed.

Explosive. Bombastic. Defiant. Intense. Seething Akira have developed a gloriously turbulent sound that is uniquely their own. Founded by vocalists Charlie Bowes and Kit Conrad, Seething Akira are a 6-piece electronic nu-core band hailing from the seafront city of Portsmouth, UK that have been tearing venues apart across Europe with their powerful fusion of genres since 2012.

The band’s first full-length album, Sleepy Skeletor, dropped in 2018 and made it clear that Seething Akira would be a force to be reckoned with in the years to come. In late 2020, the band launched a series of new singles leading up to their second album, the highly anticipated Dysfunctional Wonderland. With the strength of the band’s music and their popularity with fans rocketing skyward, they connected with electronic rock label FiXT and forged a partnership for their future releases.

At home and on the road, Seething Akira have also put their stamp on staple festivals such as Bloodstock, Victorious, Camden Rocks, and many more while touring with bands like The Qemists and The Algorithm. The band dropped the latest album Dysfunctional Wonderland in late 2021 and are now releasing new singles in mid 2022 in the build up to their new album.

FiXT is the multi-genre, independent record label, founded in 2006 by Klayton (Celldweller / Scandroid). FiXT’s catalog has garnered billions of streams connecting with a core audience of gamers and cyberpunk & sci-fi fans, and serves a global fanbase in over 150 countries, reaching millions of listeners each month.