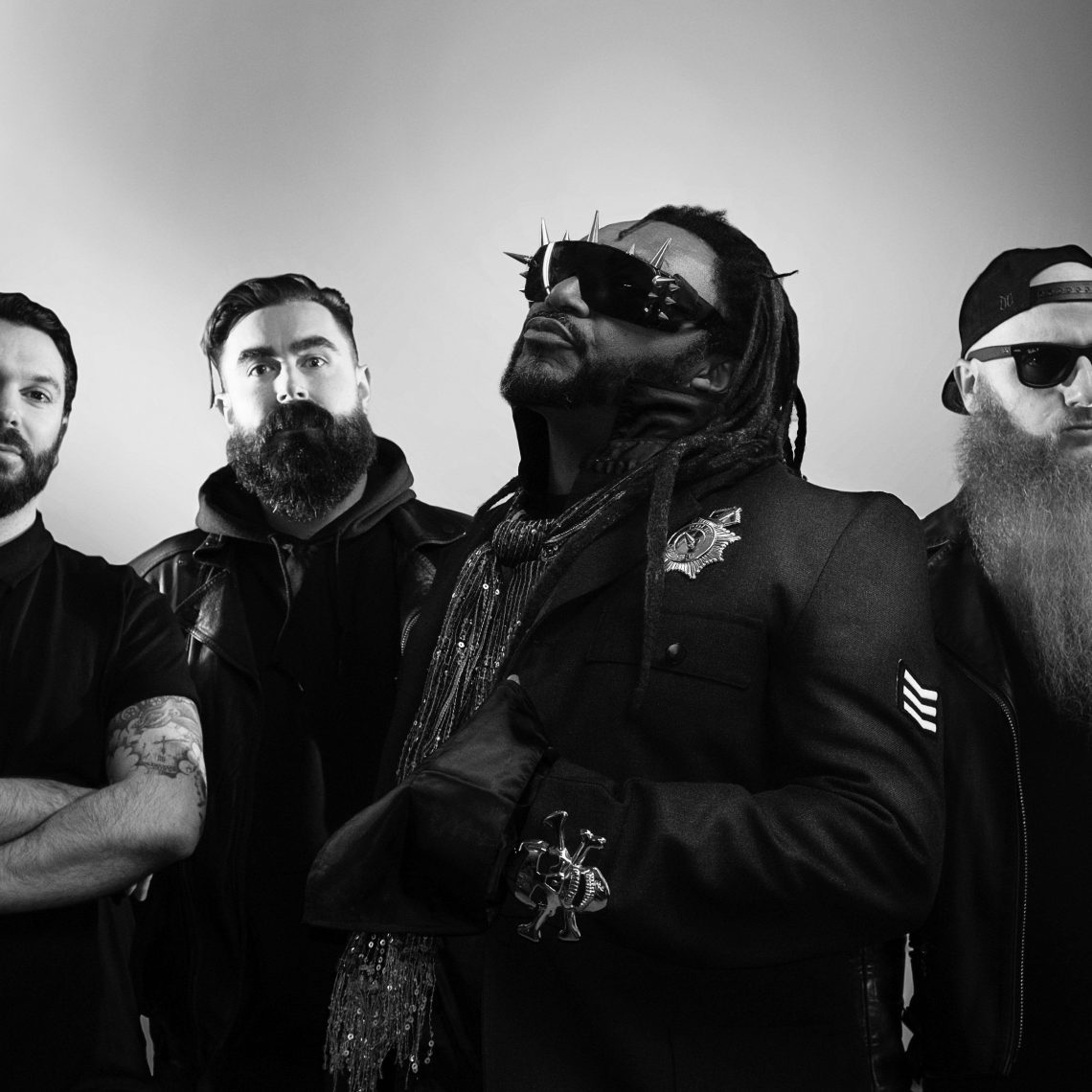 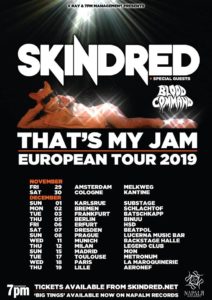 “We are currently gearing up for a very heavy year of extensive touring and are also hoping to work on writing new material in the gaps,” says Skindred drummer Arya Goggin, “The track ‘Loud and Clear’ from ‘Big Tings’ was a very popular choice with our fans, so we have decided to put it out to coincide with our tour with Disturbed.

“We hit the road with Disturbed in April, with shows throughout Europe and the UK, then we are literally straight into festival season; finally to round off the year we are taking the ‘That’s My Jam’ Tour to Europe (with Blood Command as our special guest), which finishes in late December. So, in short, it’s going to be a rollercoaster of a year!”

‘Loud and Clear’ gets a gritty yet dreamy, uber-colourful urban-themed video, with neon-style lyrics on top of mesmeric clips of a spraycan-wielding graffiti painter . This is mixed with the usual energetic live footage of Skindred doing what they do best, killing it live with Newport Helicopters, energy, style and appeal.

Skindred’s tour as Disturbed’s special guest runs from 18th April to 15th May and covers the nations of Europe, reaching UK shores on  11th May, playing dates at London, Glasgow and Manchester. Many dates are already sold out. 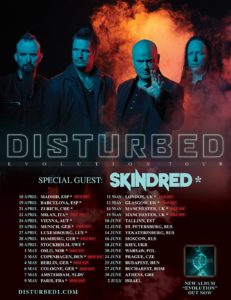 or to buy tickets go to http://www.skindred.net/live