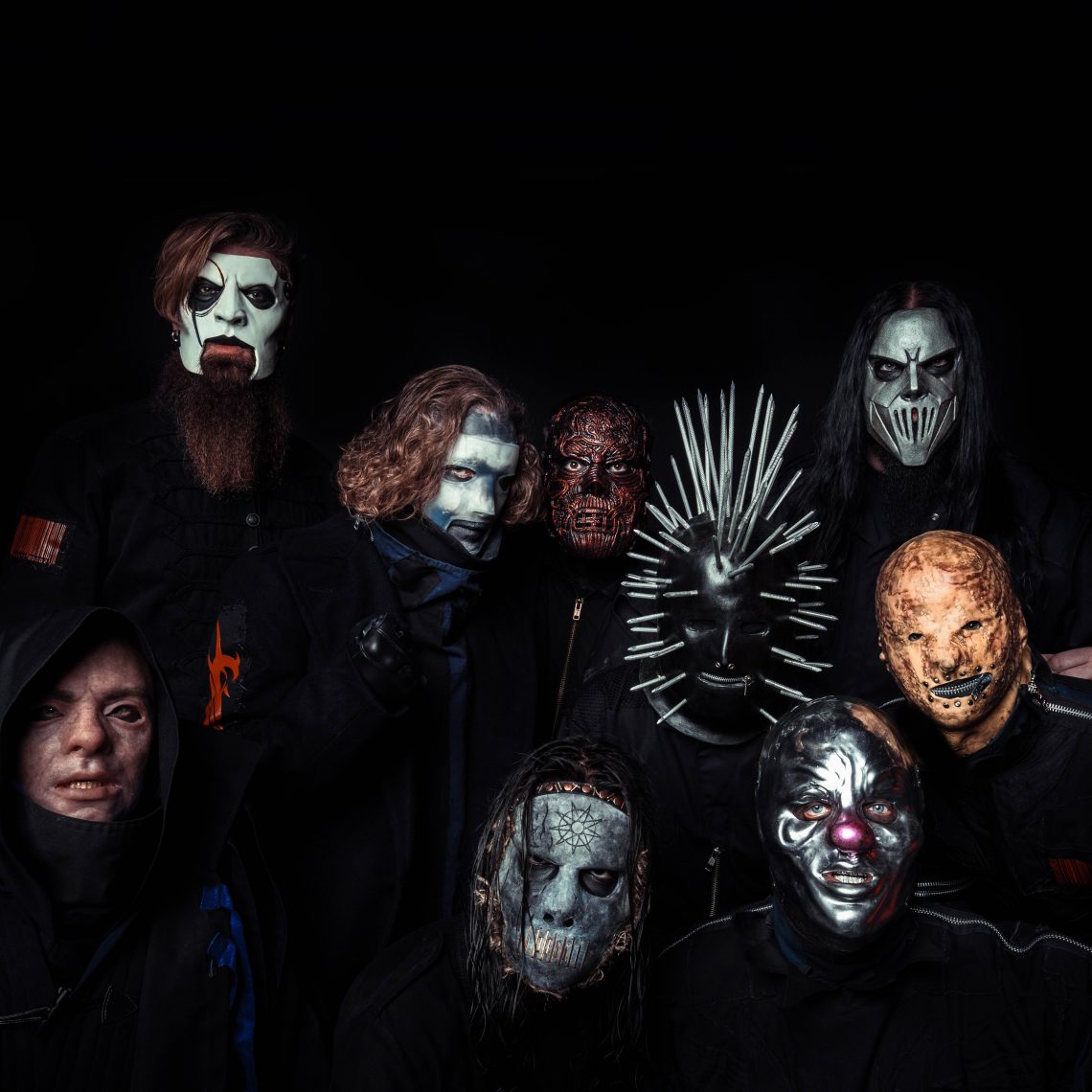 SLIPKNOT has shared ‘Solway Firth,’  the second new track to be released from their widely anticipated sixth studio LP, WE ARE NOT YOUR KIND, which arrives 9th August via Roadrunner Records.  ‘Solway Firth’ is available now at all DSPs along with an official music video streaming on SLIPKNOT’s YouTube channel.  Directed by the band’s own M. Shawn Crahan, and created with UPROXX and Amazon Prime Video, the ‘Solway Firth’ video features exclusive footage from the new Amazon Original, ‘The Boys’ (premiering 26th July) alongside exclusive live performance footage from SLIPKNOT’s recent headline festival run in Europe.

Last week SLIPKNOT teased their 2020 European tour, revealing a string of cities where the band are set to bring their spectacular all-new live production and announced an album/ticket pre-sale access tie-up to coincide.  Fans pre-ordering the Iowa band’s long-awaited sixth studio album, ‘WE ARE NOT YOUR KIND’ before 11.30pm UK time on 8th August at the Roadrunner Records e-store, will be eligible for an exclusive ticket pre-sale code granting early access to the first available tickets for their 2020 European run.  Click to http://smarturl.it/RR.Slipknot to secure your album and exclusive pre-order code. 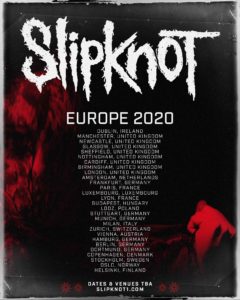 Tour cities rack up as follows:

‘Solway Firth’ follows WE ARE NOT YOUR KIND’s lead single ‘Unsainted,’ which made massive impact upon release with the song’s official music video, directed by Crahan, trending at #1 worldwide on YouTube for 24 hours (all videos, not just music), amassing 35 million views to date.  SLIPKNOT broke records again following their album announcement, with the worldwide live debuts of ‘Unsainted’ and their 2018 single ‘All Out Life’ on Jimmy Kimmel Live!, both of which have become the show’s most viewed music performances of 2019 on YouTube.

This summer SLIPKNOT embark on their Knotfest Roadshow headline tour set to traverse across North America with Volbeat, Gojira, and Behemoth joining as special guests on all dates.  Produced by Live Nation, the 29-city outing kicks off this Friday 26th July at Shoreline Amphitheater, Mountain View, CA. For tickets and more information on the Knotfest Roadshow, visit www.slipknot1.com.

Sep 6 – Austin, TX – Austin360 Amphitheater at Circuit of The Americas