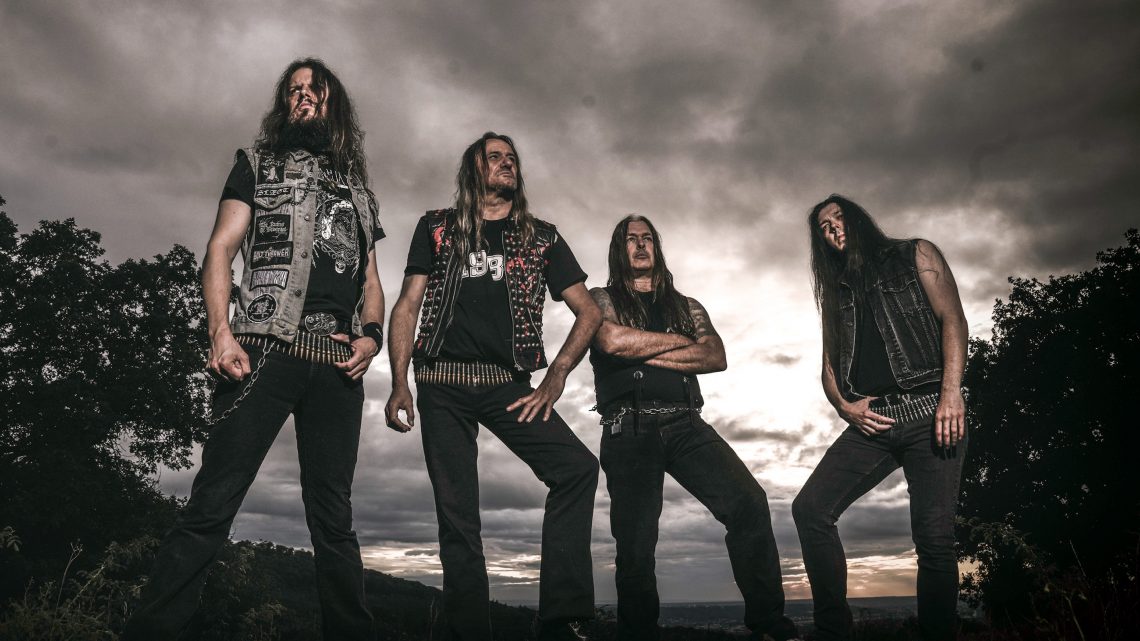 I am going to get straight to it like Sodom have with their latest offering Genesis XIX. This album is dripping with venomous fangs baring themselves for supple flesh and has more razor sharp hooks than an abattoir with each one ready to frantically rip you limb from limb.

The song structures are essential thrash but replete with blast beats in the moments needed that make it as black as the very coals mined in Gelsenkirchen. It’s just so nasty and savage like a wolf tearing into it’s helpless prey.
There are some grandiose Black Sabbath doom invoking moments, namely in some of the songs’ intros but dammit – it’s to be expected with such epic artwork. This is an album of as much variation as you would desire in Thrash. From the blackened thrash moments ofNicht Mehr Mein Land, Friendly Fire and Dehumanized to the punk delivery of Indoctrination and Occult Perpetrator, it flows with confidence and ferocity throughout the album.
The guitars cut through like duel wielded katanas, complete with chaotic and remorseless solos. The drums are full on, relentless battering rams that are meticulous in execution. Angelripper’s bass is really clear in the mix and has a filthy distortion that I genuinely believe Lemmy would be proud of and his voice still retains that barbed wire rasp that countless others have adopted.
For a band that has been going strong since 1982 and been one of the less mentioned that helped sow seeds for others to cultivate the black metal genre, this is a great standard. Sodom have crafted an album here that does deserve to dwell within your collection. There’s nothing fake about it, nothing pretentious, just riffy as fuck metal that makes you want to stick your finger up to the jellyfish politicians that ru(i)n the world.
It feels as though the sheer determination of Tom Angelripper that seeps through Sodom just won’t give up and die – something he likely vowed himself to never do when fighting his way out of a life in working the coal mines of Gelsenkirchen. Long may that spirit never die and I can only hope that those potential gigs of Sodom, Destruction and Kreator on one bill come to sweet, bloody fruition when gigs can be undertaken again safely.
In closing, I urge everyone to check this out and for those still lamenting the loss of Slayer to get the fuck over it and appreciate Sodom still dishing out gems like this.
Score 8/10 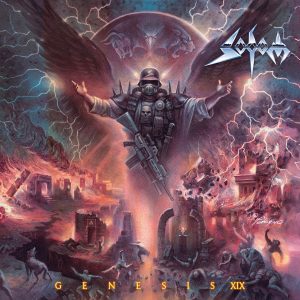