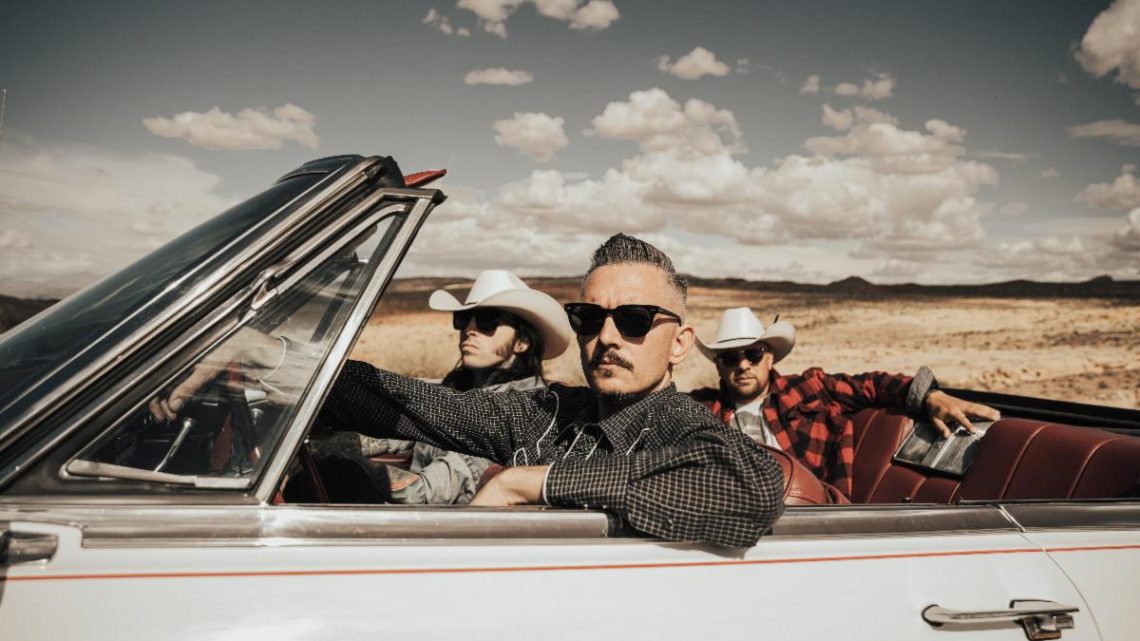 3rd September 2021 0 By John Deaux
The American frontier: Where lost highways stretch into darkness and undisturbed deserts speak a language as ominous as it is otherworldly. This is the tableau of SPIRITWORLD.
Self-described as ‘Death Western’, SPIRITWORLD is the aural vision of Stu Folsom, a Las Vegas native who has taken the intensity of that desert heat and given it voice on the band’s debut, ‘Pagan Rhythms,’ for their new label home, Century Media.
To celebrate the new partnership, SPIRITWORLD have released a brand new video for the song ‘Comancheria’, which perfectly underlines the artistic statement of Stu Folsom’s music.
It was that purity of Folsom’s vision that immediately won SPIRITWORLD international acclaim on the limited 2020 self-release of ‘Pagan Rhythms’ via Safe Inside Records.
Daniel P. Carter, influential BBC Radio 1 DJ and curator of The Rock Show with Daniel P. Carter gave the record almost immediate attention.  Metal Sucks premiered the record with an immediate rave, stating “SPIRITWORLD makes the kind of metallic hardcore that sounds like it might actually summon Satan from the lowest depths of Hell.”
The likes of Exodus/Slayer guitarist Gary Holt and ex-Sepultura/current Soulfly leader, Max Cavalera also raved about the album on social media.
Unsurprisingly, SPIRITWORLD was quick to gain the attention of Century Media who got Stu’s vision and swiftly inked the band. Century Media Vice President of A&R, Mike Gitter says, “SPIRITWORLD is sonic world building in the boldest way. It’s a vision of the American West as somewhere south of heaven, that’s equal parts Slayer, Louis Lamour and Sam Peckinpah – full of dust, dirt and blood.”
Conceived entirely by Folsom and produced by Sam Pura (The Story So Far, Self Defense Family), songs like ‘Comancheria’ or the blast-beat propelled ‘Unholy Passages’, courtesy of drummer Thomas Pridgen (The Mars Volta/Trash Talk) who plays on half the album, with ex-Apiary skinsman Adam Elliot playing on the other.
“It’s about trying to write killer songs and craft a classic record,” says Stu, whose love for the likes of George Jones or the legendary LA punk band X runs as deep as his metallic roots. “With ‘Pagan Rhythms’, I set out to distill my love of thrash, old school death metal, and hardcore into something new that would hit like a tomahawk right in the face. When I first started telling people about this idea, I had to merge Western imagery, horror fiction and heavy metal into an all-out sonic assault, it seemed ridiculous, but I truly believe that if you make great records people are a lot more willing to embrace your weirdness and come along for the ride.”
The debut album ‘Pagan Rhythms’ will be re-released on November 5th via Century Media Records and is now available (physically) for the first time outside of North America.
The album is available to stream on your platform of choice and is available in the following formats for pre-order:
SPIRITWORLD is:
Stu Folsom – Vocals
Matt Schrum – Guitar
Randy Moore – Guitar
Justin Fornof – Bass
Nick Brundy – Noise
Preston Harper – Drums
‘Pagan Rhythms’ features additional musicians:
Thomas Pridgen – Drums
Adam Elliot – Drums
Sam Pura – Guitar/Bass/Vocals
Ben Verhoek – Back Up Vocals
Reif Barlow – Back Up Vocals
Find SPIRITWORLD online at www.spiritworldprophet.com.