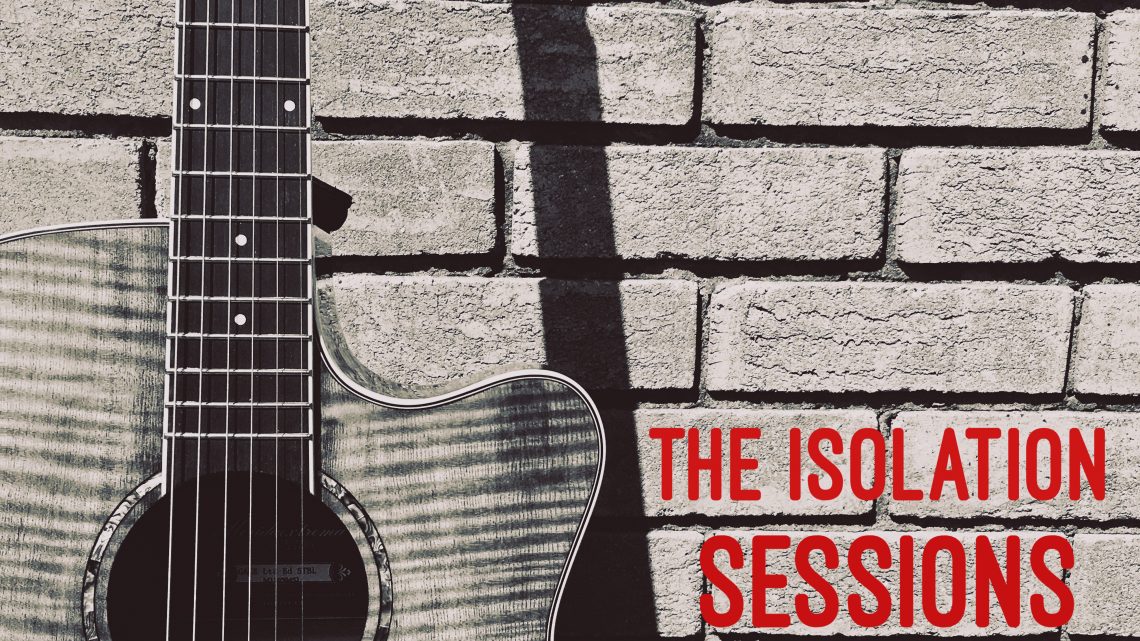 Here at STOAKES MEDIA over the past few months, we have been putting together THE ISOLATION SESSIONS. A digital downloadable album to raise money for The National Emergencies Trust Covid Appeal. After releasing the first two singles, ‘Whole Lotta Rosie’ and ‘Gypsy’ earlier this year, Danny is delighted to present to you the entire album.

The album features 10 songs and features collaborations with musicians from as far away as Sicily. The Isolation Sessions is a collection of DANNY’s favourite songs, all reworked and recorded in isolation. From heavy metal to country, rock and roll to folk, this is a huge cross section of music, delivered in an entirely different style.

The album see’s Danny collaborating with a whole host of different artists including Romeo’s Daughter guitarist Craig Joiner, Voodoo Six axeman Matt Pearce and Tygers of Pan Tang drummer Craig Ellis. The album has been mastered by Benedict Harris Hayes, of Oceanica and Massive Dynamic, who also features on the opening track, Danny’s take on Pink Floyd’s ‘Wish You Were Here’.

Sicilian guitarist Antonello Giliberto and Tygers drummer Craig Ellis feature on ‘Diamonds and Rust’, a track which is a cross between the Joan Baez original and the Judas Priest acoustic version, which, funnily enough was the first Priest song Danny ever heard. Founding member of Judas Priest and KK’s Priest guitarist, KK Downing shared these thoughts about the album;

“I would like to say congratulations and a big thank you to Danny Stoakes and all of the talented musicians for this collaboration. The Isolation Sessions is a collection of many well-known and loved songs that have been interpreted in a unique way during these past difficult months, and all in the name of a most worthy and appropriate charity, “The National Emergencies Trust Covid Appeal”, As I listen to the songs it is difficult to find favourites, but I admit I do warm to Diamonds and Rust – a song I have played with Priest so many times. I would strongly urge everyone to get on board and check out The Isolation Sessions, not only for its much needed cause, but for the undoubtable enjoyment you will have from listening to it. Again, much respect to all involved in this creation and my sincere thanks to you all for your support.” – K.K. Downing

Danny comments, “I’d like to say a huge thankyou to all the artists who have got involved and got behind this project. They have all done this for nothing ensuring that 100% of the money goes to the charity. Covid 19 is still very much out there and I really hope that we are able to help and support those who most need it. Thank you again to you all.”

or head over to the Progressive Gears Bandcamp: https://progressivegears.bandcamp.com/album/the-isolation-sessions

Check out the Tracklist below:

You Can’t Always Get What You Want – Danny Stoakes, C Diddy & Adam Stevens

“What an absolutely brilliant acoustic arrangement of Whole Lotta Rosie! It’s acoustic but with ALL the power of the original electric version. I have a huge amount of anticipation for the full album!”  –  Rock Today

“Loved the track”  – The Median Man

“Really like the acoustic take. Not every day someone gives a good creative take on a popularised song”  –  ACDCfans.net

For more information or Interview opportunities;