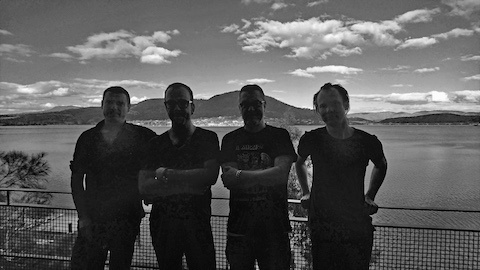 14th February 2020 0 By John Deaux
tētēma (Mike Patton and Anthony Pateras) release a video for “Wait Till Mornin’“, the second single from the band’s second album, Necroscape (April 3, Ipecac Recordings).
“Peter Gunn on methamphetamine with RD Burman as co-pilot, being pursued by Madlib through an early 80s London industrial estate,” is how Pateras describes the three minute track. He went on to add: “This was one of the first songs we wrote for the new album, and probably played a big part in convincing us doing another would be a good idea. It is the only song on the record with a drum less chorus; like a lot of our music, the drama is upside down.”
“Wait Till Mornin’” is the second track to be released from the 13-song Necroscape, with the band debuting “Haunted On The Uptake” in mid-January. Pre-orders, which include a limited edition embossed gatefold vinyl (2500 copies), CD digipak and digital download are available here: https://smarturl.it/necroscape.
Necroscape is the second album from the modernist electro-acoustic rock proposition, seeing the outfit continuing to employ the wayward orchestrations and arresting physicality of their 2014 debut, Geocidal with a renewed melodic language which grounds its multi-colored twists and turns in hallucinatory lyricism. 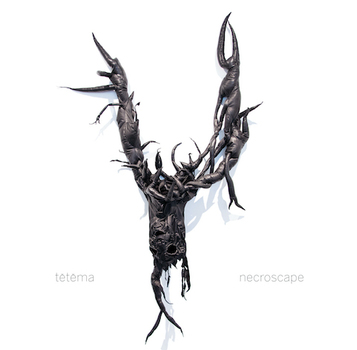 Necroscape track list:
Necroscape
Cutlass Eye
Wait Till Mornin’
Haunted on the Uptake
All Signs Uncensored
Milked Out Million
Soliloquy
Flatliner’s Owl
Dead Still
Invertebrate
We’ll Talk Inside A Dream
Sun Undone
Funerale Di Un Contadino
Pateras and Patton “created an intelligent but ferocious mixture of avant-garde experimentalism, world music accents, and heavy metal velocity” (All Music) within the confines of their 11-track, 2014 debut, Geocidal. NME described the collection as “Roni Size getting spiked with GHB and fed through a woodchipper” while Alternative Press said, “once you are acclimated, it will leave you tingling.”  The pair, joined by Will Guthrie (percussion) and Erkki Veltheim (violin), both of whom appear on Necroscape as well, made their live debut, fittingly at the Tasmania Mona music and art festival. The Guardian said of the outing: “tētēma didn’t enrapture with anthems or token festival rock gestures, they enraptured with mood, with surprises, and with evocations rarely felt by audiences…” In the time since Geocidal’s release, Pateras has released an astonishing 18 albums, lending his pipe organ talents to Sunn O)))’s acclaimed 2019 release Life Metal. Patton just wrapped up a stretch of Mr. Bungle tour dates, the band’s first live outings in 20 years, with Faith No More dates on the horizon.
“… Patton continues to explore the creative boundaries and uncharted corners of pop and rock music” – Consequence of Sound
Ipecac.com
Facebook.com/ipecac
Twitter.com/ipecacrec
Instagram.com/ipecacrecordings