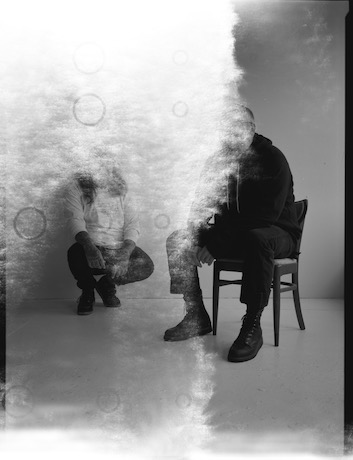 THE BODY ANNOUNCE NEW ALBUM I’VE SEEN ALL I NEED TO SEE OUT JANUARY 29TH, 2021 VIA THRILL JOCKEY

13th October 2020 0 By John Deaux
The Body create a towering monolith of noise built on the complexities of distorted sound. They are a prolific musical force whose creativity is matched only by the astonishing weight of their sound. The duo’s new album, I’ve Seen All I Need to See is a revelatory look at distortion in stunning detail, delivered with a punishing effect, out January 29th, 2021 on Thrill Jockey Records.
Continuing to redefine and challenge what it means to be a “heavy” band, The Body push the limits and test the boundaries of the studio, exploring the extremes and microtonality of distortion to find its maximal impact. I’ve Seen All I Need To See presents The Body at their most incisively bleak. First single and album opener “A Lament” fulfills the promise of I’ve Seen All I Need To See‘s commitment to otherworldly density with a defiant flash of melodic respite.
Following albums with extensive guest performances and numerous collaborative projects, including Lee Buford‘s acclaimed new group Sightless Pit, I’ve Seen All I Need To See is almost entirely the core duo. Guests vocalist/pianist Chrissy Wolpert and vocalist Ben Eberle are used very sparingly. Bristling distortion contorts every instrument, with samples of spoken word, cymbals, toms and Chip King’s already noxious tone emerging from layers of feedback. The myriad of tonal interplays, captured in detail, has a movement all its own.
On I’ve Seen All I Need To See, The Body, together with engineer Seth Manchester of Machines With Magnets, capture the complexities of distorted sound in stunning detail. The album was mastered in the UK by Matt Colton (Aphex Twin, New Order, Sunn O))), Sumac). The clarity and the cacophony exceed anything The Body have created before, morphing desolate, festering soundscapes into an exhilarating sonic universe. I’ve Seen All I Need To See is a groundbreaking work and an ecstatic listen.
On harnessing the album’s unique approach to distortion, recording engineer Seth Manchester comments, “It’s a meditation on distortion. We tried pushing the limits of each piece of gear in the studio to hear what its breaking point sounded like and then recorded it – even feeding the console back on itself during one particular live take.”

Mastering engineer Matt Colton adds, “The distortion has this ability to envelope you, and not push you away. It has this strange kind of beautiful timbre…once you give into the sheer power of it, and let it take you on a ride then it becomes this whole other kind of sonic experience.”
Listen to The Body’s I’ve Seen All I Need To See single “A Lament”: http://thebody.bandcamp.com/track/a-lament 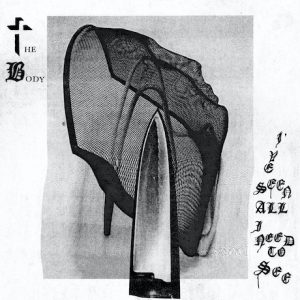