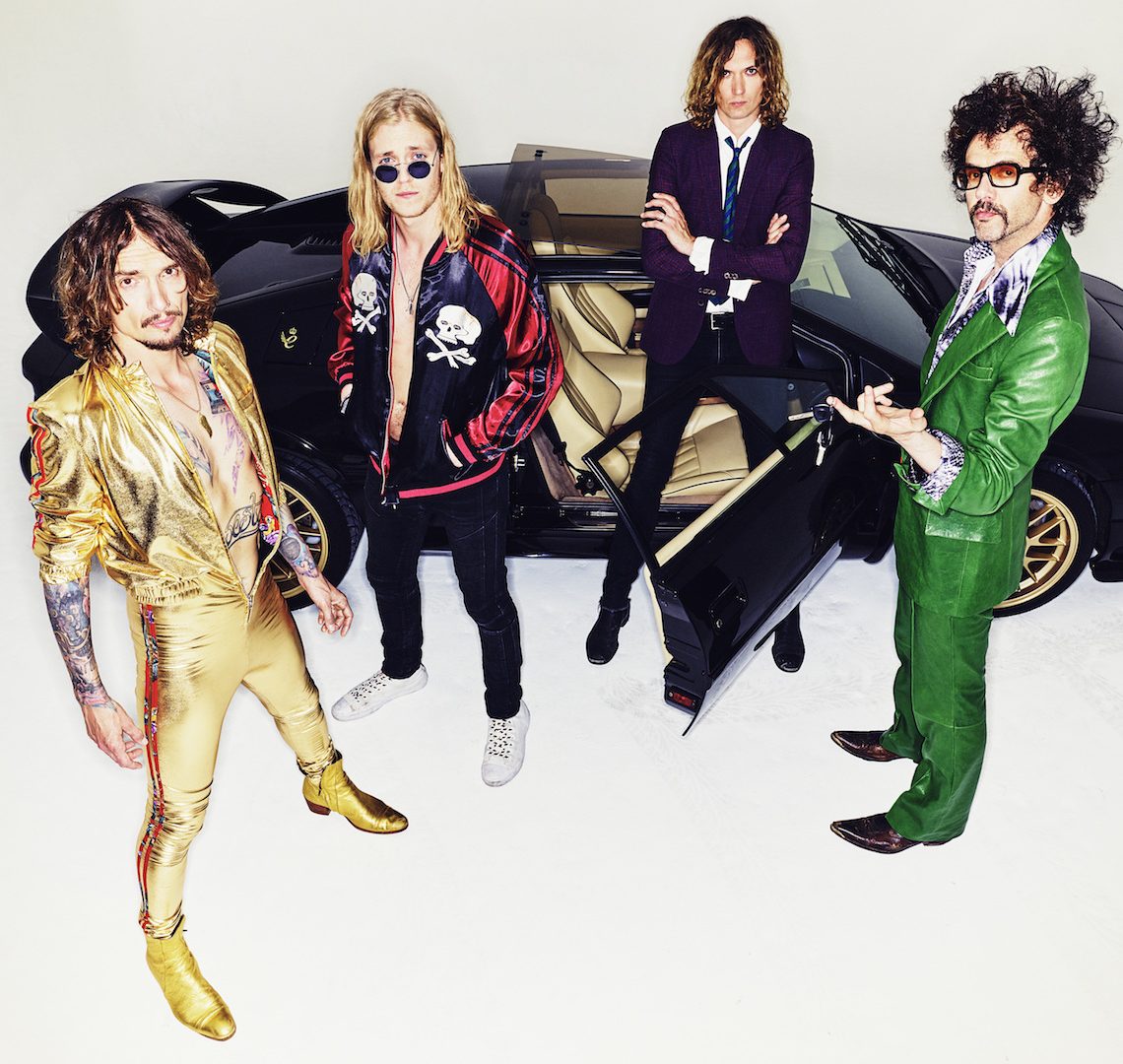 Indisputable legends of rock The Darkness have today released a new live version of their huge hit ‘Solid Gold’, taken from their upcoming live album Live At Hammersmith, out on June 15th via Cooking Vinyl.


In traditional Darkness fashion, the new live rendition of ‘Solid Gold’ is a non-stop, breakneck sonic journey of huge riffs, thunderous bass, seismic drums and colossal choruses. It follows the release of ‘Buccaneers Of Hispaniola’ and ‘I Believe In A Thing Called Love’, all of which were recorded at their monumental Hammersmith Apollo show last year. The tracks are all available as instant grats with pre-orders of the upcoming live album.

The Darkness – Live At Hammersmith is the band’s first live album to be released on all formats (including CD, gatefold double vinyl, cassette, download and stream) and spans their spectacular back catalogue of five albums across 19 incendiary tracks.

The Darkness headlined Hammersmith as part of their extensive Tour De Prance, in support of their latest critically acclaimed Top 10 album Pinewood Smile. The tour saw the band sell out shows across the UK and Europe last year.

The Darkness are hitting the road again in June and will be playing arenas across the UK and Europe in support of The Hollywood Vampires supergroup featuring Johnny Depp, Alice Cooper and Joe Perry. Following this they will be supporting Queen at TRNSMT Festival, Glasgow on July 6th and at Dublin’s Marlay Park on July 8th. 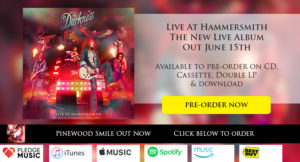 THE DARKNESS – LIVE AT HAMMERSMITH