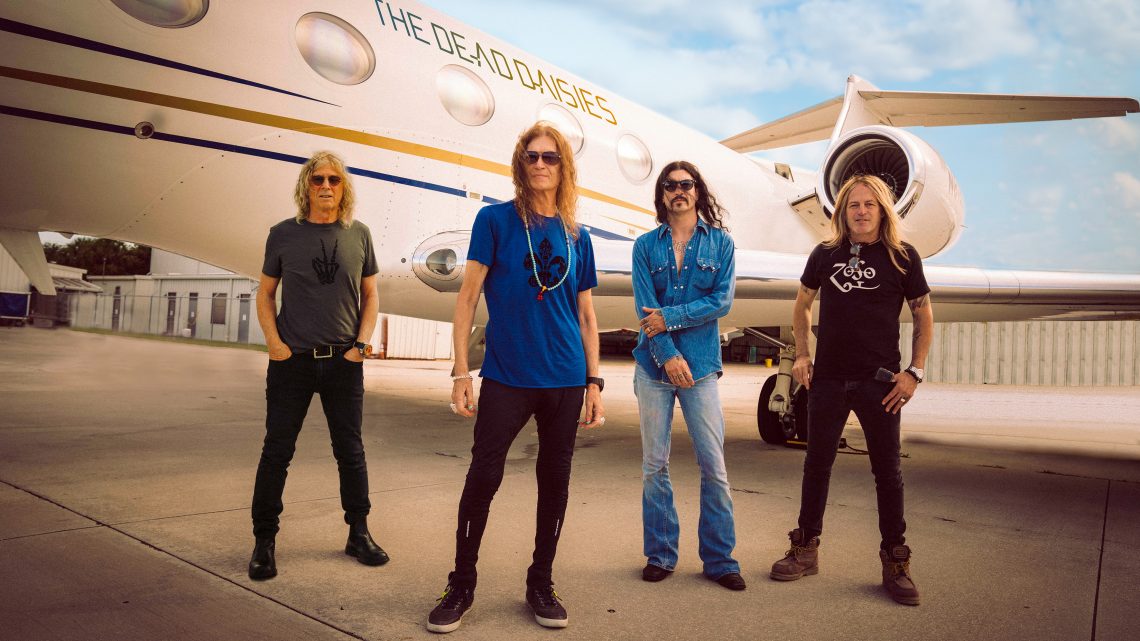 The Dead Daisies will show the UK that they rock “Like No Other” on their first UK Tour
since 2018, featuring the newest member to the Daisies, Rock N’ Roll Hall of Fame
legend Glenn Hughes. Also joining the trek are UK rock band The Quireboys. These
ingredients guarantee a night to remember that’ll shake off any remaining cobwebs of
the lockdown!

The Dead Daisies have just played a number of shows in the US under the “Get Out Of
The House”-moniker, and boy did they do just that! The first shows with the current line-
up of Glenn Hughes, Doug Aldrich, David Lowy and Tommy Clufetos showed The
Daisies are in top-notch form.

Now, it’s time to hit the UK! Kicking off in Birmingham and running the gamut of the top
UK venues including London’s prestigious Shepherd’s Bush Empire, the tour finally brings
the Daisies back to one of their most beloved stomping grounds.

Classic Rock Magazine called the current, chart-topping album Holy Ground “…a
quantum leap forward…” and declared it “… slick, powerful and hook-laden…” and
the Daisies have been itching to come back to the UK and celebrate with their fans
who count among the most die-hard in the world – cemented by relentless touring and
massive support from UK Rock Radio.

On this tour, the band will kick off a new signing initiative where fans can enter a virtual
queue, being mindful of keeping everyone safe. Thirty lucky fans will get the opportunity
at each show, so you will need to get in quickly to join the digital queue – more details
to come.
The Daisies are also releasing a new very short film for their current hit single “Like No
Other”. This second version will feature live footage from the recent Get Out of The
House warm-up shows and give fans a glimpse of what’s to come.


“My Fate”, (off Holy Ground), has turned out to be a massive favourite of the fans on
the most recent run so the band have just released a radio edit of it to both DSP’s and
radio on August 6th.

Never known to turn away from a challenge, the band also launched their own radio
program Live From Daisyland, which is featured on DASH Radio’s Monsters Of Rock
channel. They didn’t stop there, the global shutdown also saw the launch of their own
mobile video game Daisys Revenge, which continues the story of the anti–heroine
Daisy; previously featured in the band’s ‘Bustle And Flow’ and ‘Like No Other’ videos.

Touring is where this band’s heart truly beats. See you on the “Like No Other” Tour!

The Dead Daisies
With Very Special Guests: The Quireboys

ROCK IS INDEED ALIVE AND WELL!