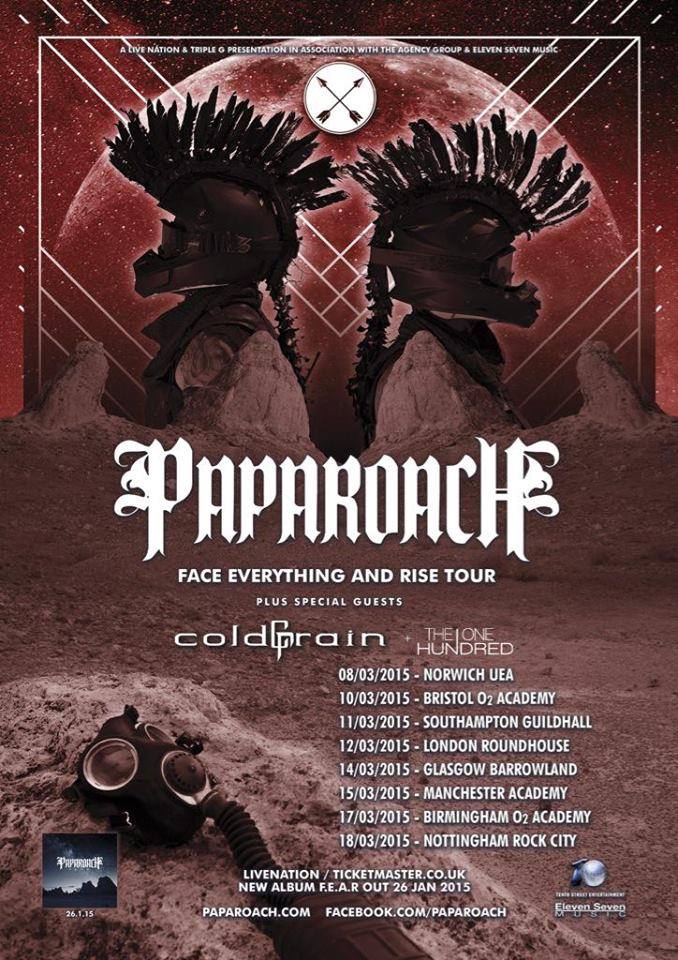 The One Hundred are excited to announce that they will be joining Papa Roach on tour across the UK throughout March 2015. They will open proceedings whilst Japanese crew Coldrain take the main support slot. The tour starts on Sunday March 8th and The One Hundred will kick off the run by playing TAKEDOWN FESTIVAL in Southampton on Saturday March 7th.

Papa Roach tour the UK in March in support of their brand new album ‘F.E.A.R’ which is released on Eleven Seven Music on January 26th.

2014 was an impressive year for The One Hundred, having played 50 shows including a gruelling month long stint with Hacktivist. The band also released their debut EP ‘Subculture’ in September and received considerable support across the media, no less than 20 Radio 1 plays now under their belt. The band are currently squirreled away writing for their debut full length album, due for release in late 2015.

The dates here in full…

Tickets are available from Ticketmaster at this link: http://www.ticketmaster.co.uk/promo/bv5hsy?brand=uk_paparoach