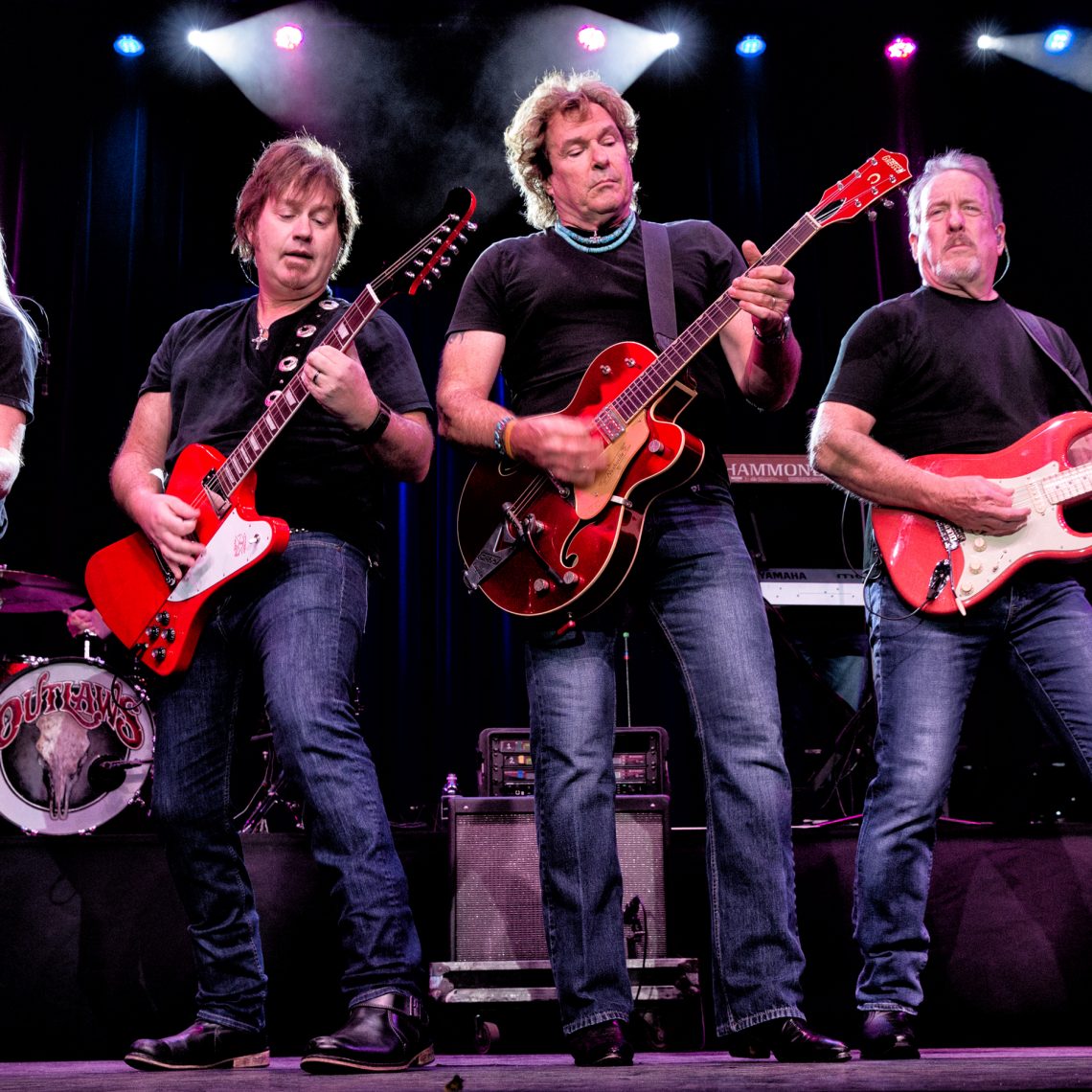 Supreme Southern Rock icons The Outlaws, one of the most influential and best-loved bands of the genre, have lined up the release of their stonking new studio album, ‘Dixie Highway’, on Steamhammer / SPV on February 28th as a DigiPak CD, double gatefold (140 gram transparent with black swirls) vinyl LP with printed inner sleeves, download and stream.

The Dixie Highway originally connected Chicago to Miami – the first vital thoroughfare between the Midwest and the South – before eventually being replaced in the late 1920s by the U.S. Highway system. And while fragments of the original road still exist in Florida, Georgia, Tennessee and Ohio, it remains a route that carries echoes of its past as well as being an enduring symbol of American discovery, fortitude and pride.

And on their new album ‘Dixie Highway’, The Outlaws take fans on what is literally and figuratively the ride of a lifetime. “It’s a metaphor for the journey as much it is the destination,” says Outlaws co-founder Henry Paul. “It’s certainly the reflection of a life on the road, especially in a Southern Rock band. Our fans want to know about our relationships with our contemporaries; how we interacted onstage, backstage and on the bus rides. This album absolutely speaks to the route we’ve traveled. And at the same time, it stands on the edge of tomorrow.”

For more than 45 years, the Outlaws have flown the Southern Rock banner like no other band in the land. Known for their unique triple-guitar rock attack and three-part country harmonies, the Tampa-born group’s first three albums on Arista – featuring hits like ‘There Goes Another Love Song’, ‘Green Grass & High Tides’, ‘Knoxville Girl’ and ‘Freeborn Man’ – became Southern Rock milestones, while relentless tours with peers like The Allman Brothers, Lynyrd Skynyrd, The Marshall Tucker Band and The Charlie Daniels Band – as well as The Who, Eagles and The Rolling Stones – solidified the reputation of ‘The Florida Guitar Army’ as genre legends. And since the release of their 2012 comeback album ‘It’s About Pride’ and acclaimed 2016 double album ‘Legacy Live’, the Outlaws – led by Paul and co-founder/drummer Monte Yoho along with Randy Threet (bass, vocals), Steve Grisham (guitars, vocals), Dave Robbins (keyboards, vocals), Dale Oliver (guitars, vocals), Jaran Sorenson (drums) and guest guitarist Billy Crain – have not only re-emerged as what fans call ‘Southern Rock’s Last Band Standing’, but as a dedicated band of brothers who still write, play and perform with the skill, grit and fire of acts a fraction of their age.

“Going back to the ‘70s, every song we wrote had to do with the challenges of this rock & roll lifestyle,” Henry explains. “Today, we write about the things that collectively mean something to us. When you still have the reason and ability to do that, you can reiterate your position as a significant creative force.” Produced and arranged by the Outlaws, ‘Dixie Highway’ burns with the insight and passion of a band that has lived – and learned from – every mile of their journey. “We dig deeper, write better, perform stronger,” says Paul.” The Outlaws still have something to say that is as engaging as when we began, or maybe even more so than it ever was.”

The album’s declaration of intent begins with the uncompromising opening anthem ‘Southern Rock Will Never Die’, which salutes fallen comrades that include Skynyrd’s Ronnie Van Zant and Steve Gaines, Tucker’s Toy and Tommy Caldwell, Duane and Greg Allman, and The CDB’s ‘Taz’ DiGregorio and Tommy ‘TC’ Crain, as well as Outlaws’ co-founders Billy Jones, Frank O’Keefe and Hughie Thomasson. “It echoes the spirit of these founders of this genre,” says Paul. “The energy that motivated all of us back then is still inspiring us now.” The spirit of the past fuels the band’s future on ‘Endless Ride’, ‘Dark Horse Run’ and ‘Lonesome Boy From Dixie’, while their formidable rock chops shine on ‘Rattlesnake Road’ and the masterful instrumental ‘Showdown’. The journey takes a joyful visit to The Allman’s home base in ‘Macon Memories’, and a town that looms large in Outlaws lore in ‘Overnight From Athens’.

The album’s title track ranks among the band’s very best, a blistering first-person testament to a lifestyle that has proven to be as unforgiving as it is rewarding. “It’s a song that just flowed out of me,” Paul says. “This is what it was. It’s about not only how we’ve lived our lives, but the ongoing challenge to change our life stories, too. Which is why every night that we perform, we give nothing less than everything we’ve got.”

The album directly retraces Outlaws history with a re-recording of ‘Heavenly Blues’, which originally appeared on the classic 1977 album ‘Hurry Sundown’. “The first three albums are the band’s true heritage,” Paul says. “And of all the songs I wrote for those records, this one had the most potential to revisit. I think our new arrangement and my more mature vocal has vastly improved it, and the guitar work is one of the highlights of the record.”

For the album’s closer ‘Windy City Blue’, Paul unearthed a 1972 demo written by founding bassist Frank O’Keefe that has remained unrecorded until now. And like the Dixie Highway itself, the album’s journey begins – and ends – in Illinois. “Frank was from Chicago originally,” Henry explains, “and his lyrics are still applicable today. We rearranged it, and the highlights of that original demo came alive. In a band with four strong songwriters, Frank’s contributions are conspicuously overlooked in Outlaws history. He was a sensational musician, an integral part of the group, and including his song on this record was the right thing to do. This is Frank O’Keefe’s curtain call.” The album itself is dedicated to O’Keefe as a living testament to the talent, friendship and tradition that continues to define Southern Rock.

With the release of ‘Dixie Highway’, the Outlaws once again blaze a route that is as familiar to the faithful as it is unflinching in its mission. “I want the fans to see the band’s growth, to recognize the quality of the music,” says Paul. “It’s focused on where we come from, where we’re headed and how much fun we’re still having on the ride.” And from the state-of-the-art production to its throwback double-album gatefold vinyl, ‘Dixie Highway’ remains a route whose legacy has a sound and spirit all its own. “We wrote and recorded this album to reinforce the notion that the Outlaws still matter,” Henry says, “and that Southern Rock will always matter. It’s a message we’re proud to bring into the 21st century.” 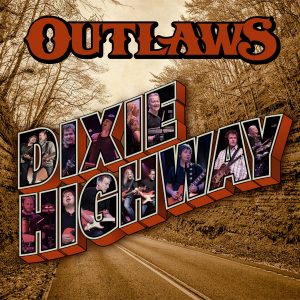